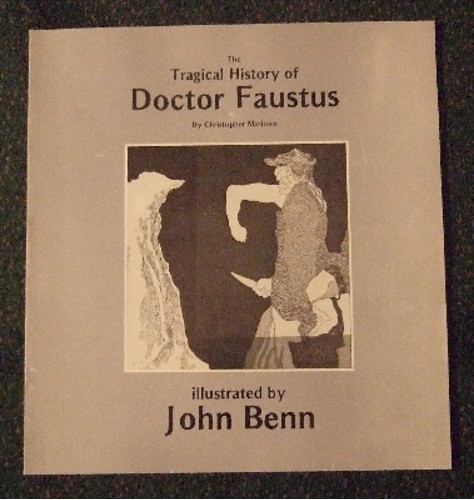 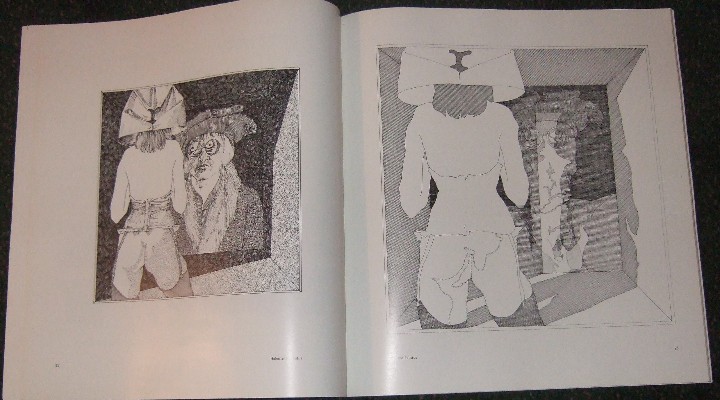 ----------oversized softcover (approx. 17" x 17"), a solid Very Good copy, some rubbing and light scratches to grey covers, illustrated by Benn, Benn was born in Lancashire England in 1948, in 1966 he was enrolled at Dartington Hall College of Arts where he studied graphics, painting sculpture and dance; moved to London in 1969 where he worked with London Contemporary Dance for 2 years; moved to Amsterdam in 1971 where he worked with Dansgroep Pauline de Groot as percussionist and apprentice dancer, he moved to Canada in February of 1972, returned to Amsterdam in March where he earned a living doing silk screen prints for department stores; in July he moved to Tel Aviv where he worked with the Batsheva Dance Company as production/stage manager, married in 1973 to Canadian dancer Gail Dickinson and returned to canada in July, in 1974 he enrolled for 1 year at York University in Toronto, in the Fine Arts Department, ---this edition of Marlowe is illustrated with 21 large illustrations some of which are very erotic in nature, just because of the size this has to be a fragile item and it is likely that very few copies were published, while produced by John Benn Printmaker, this is not a basement production but a very professional publication, any image directly beside this listing is the actual book and not a generic photo