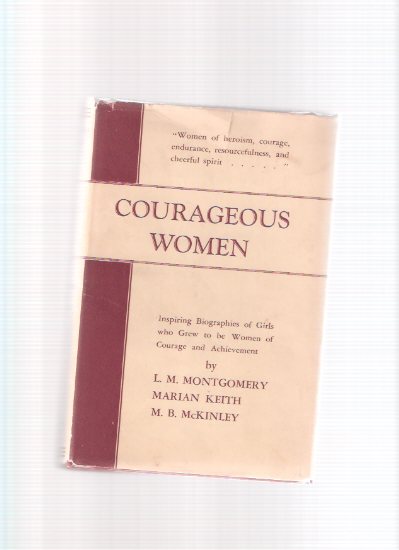 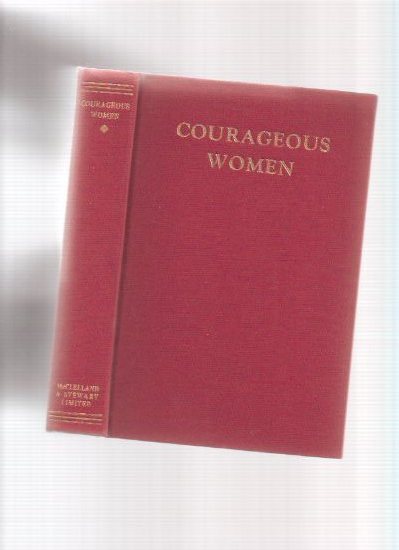 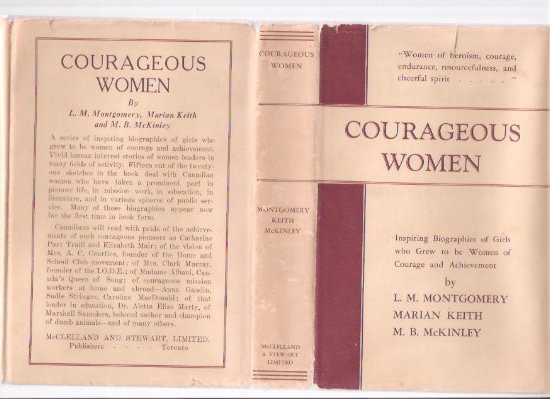 -----------hardcover, red cloth, a Near Fine copy, in a lovely Good/Very Good text design dustjacket with some shallow chipping and a few closed tears, a wee bit of age toning to the spine of the jacket (and I do mean wee), a sticker has been placed over the price on the front flap but careful examination with a bright light reveals a 1.50 price tag, incredibly rare in any dustjacket, this is the variant jacket (with text only) of the more often seen pictorial dustjacket edition, no priority has been established but all dustjacketed copies are rare, ---the pictorial dustjacketed copies are in a reddish-orange cloth and are slightly taller than this variant issue, ----as per the Lucy Maud Montgomery bibliography by Frank and Juanita Lechowick this copy is in maroon cloth (I'd call it red but who am I to quibble), as well this has the ruled line on the copyright page, red stain to upper edge of text block as called for, 19.6 cm tall (versus 20.9 cm on the red-orange issue) ---no priority established between the two issues but it is difficult to imagine McClelland and Stewart producing this with a pictorial dustjacket for the first "run" and then finding demand high and issuing it with a text jacket, it SEEMS much more likely that unexpected demand for the book with the text dustjacket would lead M&S to issue further copies with a more visually appealing pictorial dj ---and of course, if the pictorial jacket had been used on the first production run why change it all?, a very scarce book but especially so in dustjacket, the Lechowick bibliography states that there is one recorded copy of this title in this text design dustjacket ---now two copies are known but I guess there are other copies out there burrowed away in some little hidey-hole, -----contents include: The Maid of France: Joan of Arc; The Angel of the Crimea: Florence Nightingale; The Great White Ma: Mary Slessor of Calabar; A Brave Deed: Laura Secord; Happiness in a Log Cabin: Catharine Parr Traill; A Noble Girl Queen: Queen Victoria; Courage in Danger: Madeleine De Vercheres; From Darkness to Light: Helen Keller; A Friend of the School: Ada May Courtice; The Golden Chrysanthemum: Caroline MacDonald; A Loyal Pioneer of the West: Elizabeth Louise Mair; Caring for Indians: Anna J Gaudin; A War Heroine: Edith Cavell; Braving the White North: Sadie Stringer; Canada's Queen of Song: Madame Albani; The Princess of the Paddle: ( Tekakionwake ) E Pauline Johnson; A Leader in Education: Aletta Elise Marty; A Pupil at School: Dr Margaret MacKellar; A Daughter of the Empire: Margaret Polson Murray; Service for Others: Lady Tilley; Champion of Dumb Animals: Marshall Saunders, any image directly beside this listing is the actual book and not a generic photo ///NOT SIGNED ---GUARANTEED to be AVAILABLE///