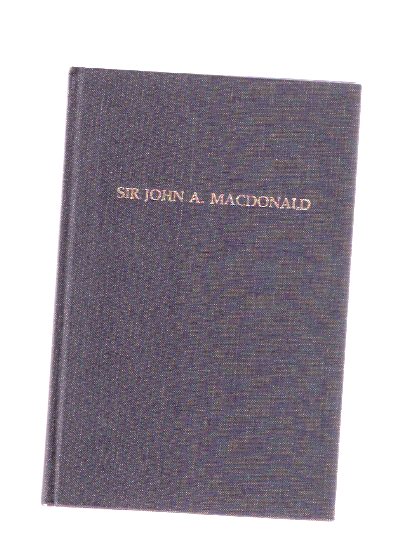 -----------hardcover, a Near Fine copy, , no dustjacket as issued, gift inscription on front endpaper, 139 pages, b&w photos, contents include: Preface by George F Henderson; Introduction - Restoration of the Gravesite by Isobel Trumpour; Tribute by / T S Webster / W R Lederman / Sarah Gibson and Karyn Patterson; JAM by J Keith Johnson; JAM truly a home loving Canadian by Flora Mac; Let us be Canadians by E Valorie Swain; Without partnership, together for the common good by Speal; Compromise and accomodation -a tribute by Watts; JAM, politician of national unity by Swainson; In memory of JAM by Franks; JAM by A R M Lower; JAM of Clan Donald by Gordon D Leggett; The Address by Keith Martin; JAM and the National parks System by A T Davidson; A Recollection by Gibson and Patterson; Let us now praise famous men by A A Travill; JAM the young lawyer by H R Stuart Ryan; JAM and the USA by Richard A Preston; JAM the family man by Cohoe; JAM and the idea of Canada by McNaught; Notes for an Address by Prime Minister Brian Mulroney on the 100th anniversary of the death of JAM by Mulroney (in French and English ); Chronology by Donald A Redmond; Bibliography by henderson, any image directly beside this listing is the actual book and not a generic photo