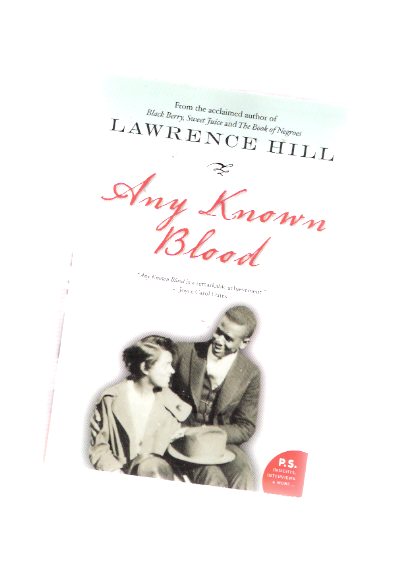 Any Known Blood -by Lawrence Hill ---a Signed Copy

-----------trade paperback, a Very Good+ copy with a wee bit of very light wear, signed without inscription by Hill, ---"Langston Cane V is 38, divorced and working as a government speech writer, until he's fired for sabotaging the minister's speech. It now seems like the perfect time for Langston ­ the eldest son of a white mother and prominent black father ­ to embark on a quest for his family's past ­ and his own sense of self. In a story that slips seamlessly from the slave trade of 19th-century Virginia to the modern, predominantly white suburbs of Oakville, Ontario ­ once a final stop on the Underground Railroad ­ Any Known Blood details the compelling story of five generations of an African-Canadian-American family. Witty, boisterous and powerfully intimate in its insight and imagination, this is, as writer Oakland Ross enthuses, "the kind of book you'll live inside and never want to leave"---, any image directly beside this listing is the actual book and not a generic photo

Title: Any Known Blood -by Lawrence Hill ---a Signed Copy

Any Known Blood -by Lawrence Hill ---a Signed Copy