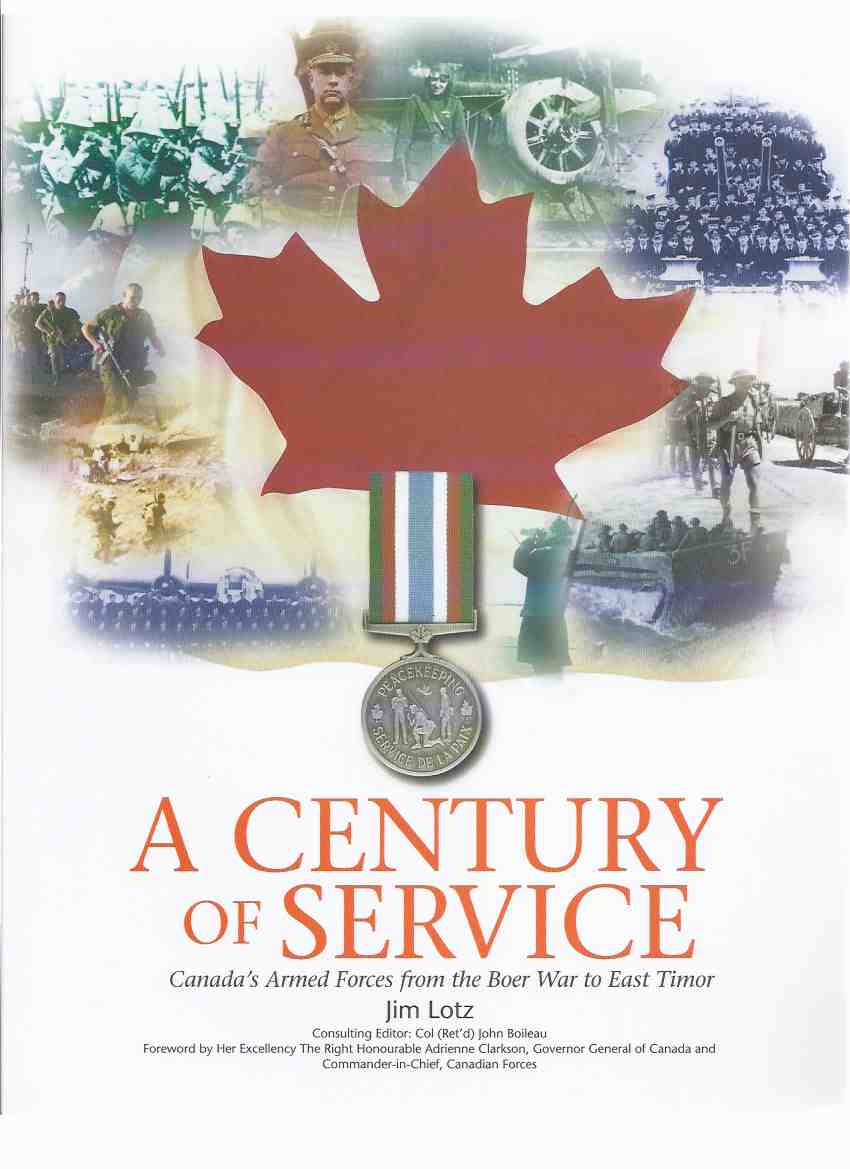 By: Lotz, Jim, with a Foreword By Her Excellency The Right Honourable Adrienne Clarkson, Governor-General of Canada and Commander-in-Chief Canadian Forces, Preface By Vice Admiral (Ret'd) Lynn Mason

-----------large softcover, about 8.5 x 11 inches, a Near Fine copy, 180 pages, b&w photos throughout, contents include: Foreword; Preface; Introduction; The Boer War; The First World War ( on land, in the air, at sea ); Canada's First Nations Go to War; The Mounties' Military Tradition; The Second WW (on land [ Hong Kong / Dieppe / Sicily and Italy / D-Day to V-E Day ] / in the air / at sea / Canada's merchant navy at War ); The End of the war; The Korean Conflict; Canada in NATO and NORAD -the COLD War and some hot ones; Citizens in Service - The Reserves; The peaceful uses of canad's Armed Forces, ---"This is the story of the service to the nation of the Canadian forces in the 20th century. Includes sections about the modern Armed Forces contribution to peace keeping, humanitarian aid as well as the contribution of the Merchant Navy."---, any image directly beside this listing is the actual book and not a generic photo