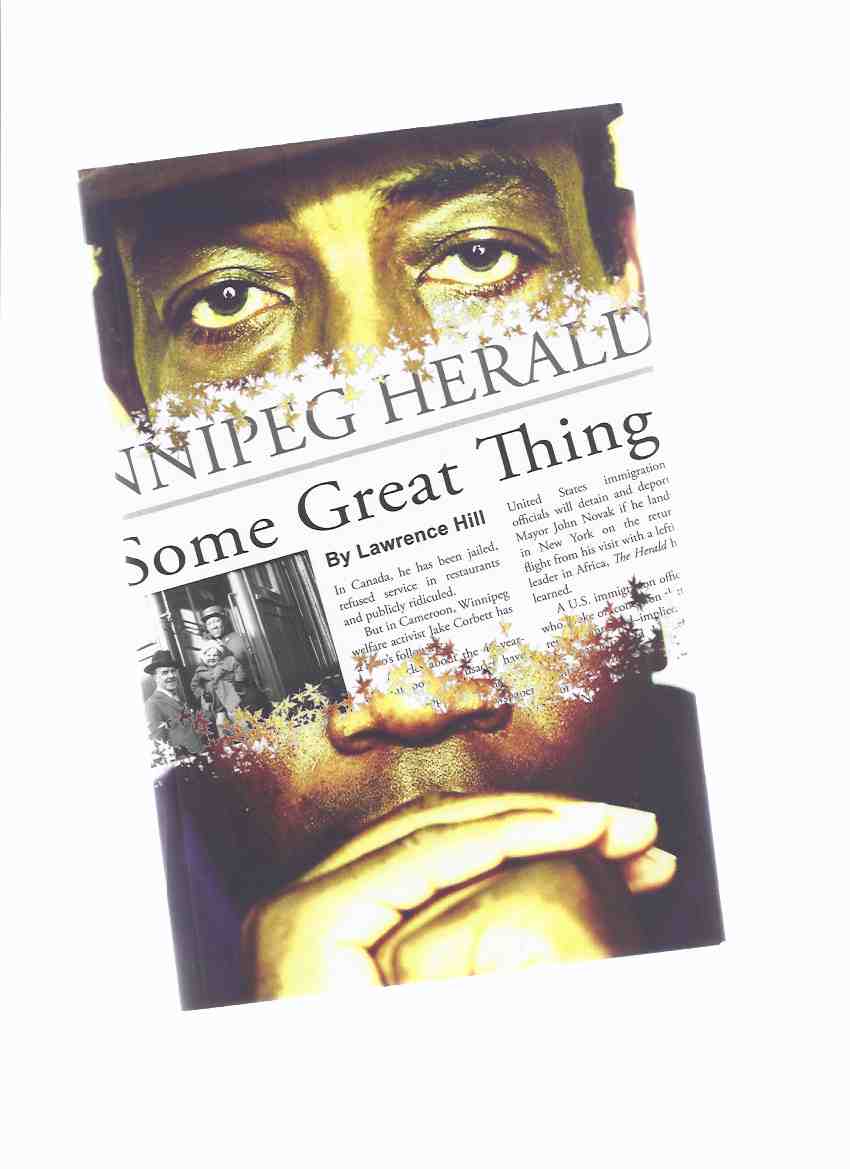 Some Great Thing -by Lawrence Hill -a Signed Copy

-----------trade paperback, a Near Fine copy, signed and inscribed by Hill, ---"Mahatma Grafton is a disillusioned university graduate burdened with a famous name, and suffering from the curse of his generation -- a total lack of interest in the state of the world. The son of a retired railway porter from Winnipeg, he returns home for a job as a reporter with The Winnipeg Herald. Soon Mahatma is scoping local stories of murder and mayhem, breaking a promise to himself to avoid writing victim stories. As Mahatma is unexpectedly drawn into the inflammatory issue of French-language rights in Manitoba, with all its racial side-channels, he is surprised to find that he has a social conscience. Combating his boss’s flair for weaving hysteria into his stories, Mahatma learns that to stay afloat he must remain true to himself. Populated with colourful characters -- including an unlikely welfare crusader, a burned-out fellow reporter, a French-language-rights activist, and a visiting journalist from Cameroon -- Some Great Thing is a fascinating portrait of a major urban newspaper and a deeply perceptive story of one man’s coming of age. "---, ---the author's first book, any image directly beside this listing is the actual book and not a generic photo

Title: Some Great Thing -by Lawrence Hill -a Signed Copy

Keywords: The Book of Negroes ---Illustrated Edition ---by Lawrence Hill ( AKA: Someone Knows My Name )

Some Great Thing -by Lawrence Hill -a Signed Copy