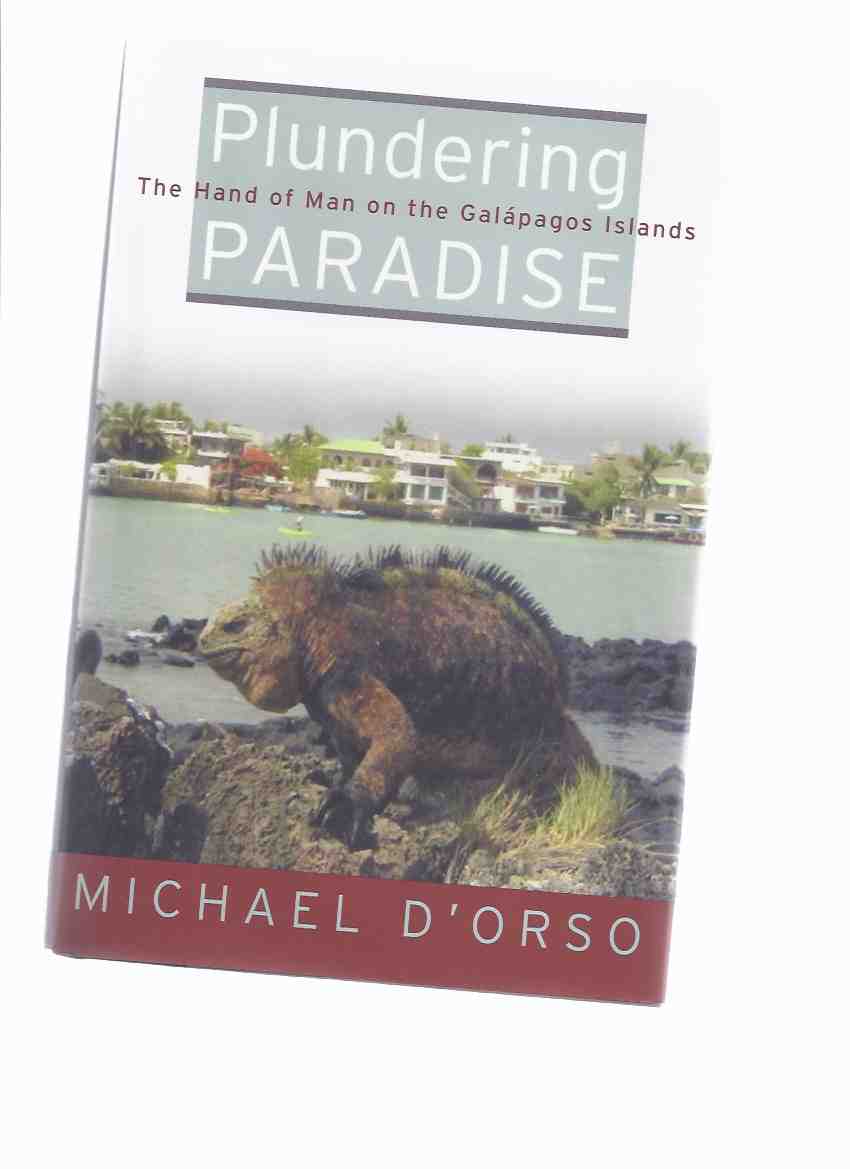 Plundering Paradise: The Hand of Man on the Galapagos Islands ---a Signed Copy

-----------hardcover, a Near Fine copy in a Near Fine dustjacket, signed and inscribed by the author, 345 pages, b&w photos, ---"Mention the Galapagos Islands to almost anyone, and the first things they think of are iguanas, tortoises, volcanic beaches and of course Charles Darwin. That's what Michael d'Orso imagined until he first travelled there three years ago. What he discovered was a tropical paradise under siege from an onslaught of desperately poor South American refugees and corrupt fishing fleets that have brought crime crowding, pollution and violence to these idyllic islands. In a narrative as rich and exotic as the landscape and creatures that frame it, D'Orso tells the story of the odd European adventurers who first settled here in the early 20th century, of the eccentric Americans who arrived in the mid 1950s, of the scientists who dug in a decade after that, and of the ecotoursim industry that has exploded in the last 20 years. Following a group of outlandish characters, D'Orso explores the conflicts on land and at sea that now threaten to destroy this fabled "Eden of evolution"."---, any image directly beside this listing is the actual book and not a generic photo

Title: Plundering Paradise: The Hand of Man on the Galapagos Islands ---a Signed Copy

Plundering Paradise: The Hand of Man on the Galapagos Islands ---a Signed Copy