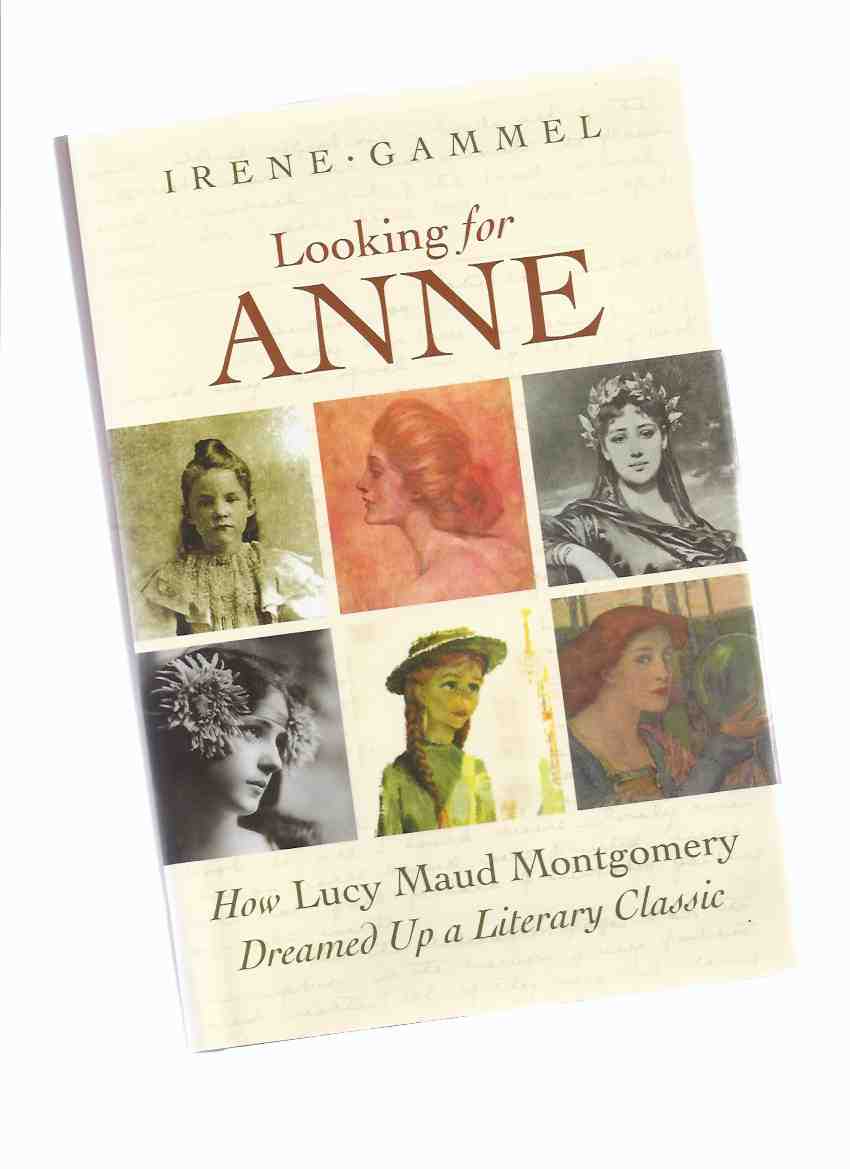 -----------hardcover, a Near Fine copy in a Near Fine dustjacket, 312 pages, loads of b&w photos as well as some colour, nice colour section reproducing covers from LMM's books including the First Edition of Anne of Green gables, contents include: Prologue -The mystery of Anne of GG --- The PERFECT STORM - Fall 1903 to Spring 1905: Old Memories and New Ambitions; The Model for Anne's Face; Building Castles in Spain; The Orphan Girl and the Snow Queen --- WRITING ANNE - Spring 1905 to Winter 1907: Romantic Orchards, Kindred Spirits and a Spring Flirtation; Maud's Bosom Friends; Pagan Love and Sacred Promises -Anne and Diana; Good Enemies and Old Love Letters; Wicked Satire in Small Town Avonlea; This old place has a soul, Green Gables; Red Hair, Puffed Sleeves and the Rituals of Growing Up; Farewells and Decisions; The Mystery of Anne Revealed --- ANNE TAKES OFF, Spring 1907 to Fall 1938: The Most Popular Summer Girl; The Vows Kept for Life --- Epilogue - Dramatis Personae, ---"By any standards, Lucy Maud Montgomery?s Anne of Green Gables is a stunning success. Published in 1908 (and not once out of print), Anne has sold more than 50 million copies, been translated into more than 17 languages (including Braille), and become the focus of international conferences devoted to its interpretation. Anne has remained, as Matthew sings in the musical, ?forever young,? no small feat for the spunky, in-your-face redhead who, in 2008, celebrates her 100th birthday! --But why Anne? How does Montgomery`s classic work pull so many international readers into the vortex of Anne`s freckled face and carrotty braids? How does this little book create such enduring interest around the world? The answer is far more intriguing than any story even Anne could have imagined. In her journal, Maud`s quick pen would froth up the tiniest details of her life into dramatic events, but that same pen never revealed a single word about Anne. As a result, the novel?s secrets have remained sealed for over a century. --Looking for Anne is the untold story of a literary classic and a writer who found inspiration in many places including the popular images of the era, such as beauty icons, fashion plates, and advertisements; a writer who quietly quarried her material from American mass market periodicals; who consciously imitated formula fiction to create marketable stories for juvenile periodicals, religious newspapers, and glamorous women?s magazines?and who ultimately, in the storm that brewed up the novel, also transcended these influences to create a twentieth-century literary classic that would conquer the world. --Blending biography with cultural history, penetrating and uncensored, this is the definitive book on Anne of Green Gables. Looking for Anne captures both the spirit of Marilla's critical probing for ?bald facts? and Anne?s belief in the infinite power of the imagination. It is a must-read for anyone who has ever fallen under the spell of Anne with an 'e'. --In June 1908, a red-haired orphan appeared on to the streets of Boston and a modern legend was born. That little girl was Anne Shirley, better known as Anne of Green Gables, and her first appearance was in a book that has sold more than 50 million copies worldwide and been translated into more than 35 languages (including Braille). The author who created her was Lucy Maud Montgomery, a writer who revealed very little of herself and her method of crafting a story. On the centenary of its publication, Irene Gammel tells the braided story of both Anne and Maud and, in so doing, shows how a literary classic was born. Montgomery’s own life began in the rural Cavendish family farmhouse on Prince Edward Island, the place that became the inspiration for Green Gables. Mailmen brought the world to the farmhouse’s kitchen door in the form of American mass market periodicals sparking the young Maud’s imagination. From the vantage point of her small world, Montgomery pored over these magazines, gleaning bits of information about how to dress, how to behave and how a proper young lady should grow. She began to write, learning how to craft marketable stories from the magazines’ popular fiction; at the same time the fashion photos inspired her visual imagination. One photo that especially intrigued her was that of a young woman named Evelyn Nesbit, the model for painters and photographers and lover of Stanford White. That photo was the spark for what became Anne Shirley. Blending biography with cultural history, Looking for Anne of Green Gables is a gold mine for fans of the novels and answers a trunk load of questions: Where did Anne get the “e” at the end of her name? How did Montgomery decide to give her red hair? How did Montgomery’s courtship and marriage to Reverend Ewan Macdonald affect the story? Irene Gammel's dual biography of Anne Shirley and the woman who created her will delight the millions who have loved the red haired orphan ever since she took her first step inside the gate of Green Gables farm in Avonlea."---, any image directly beside this listing is the actual book and not a generic photo