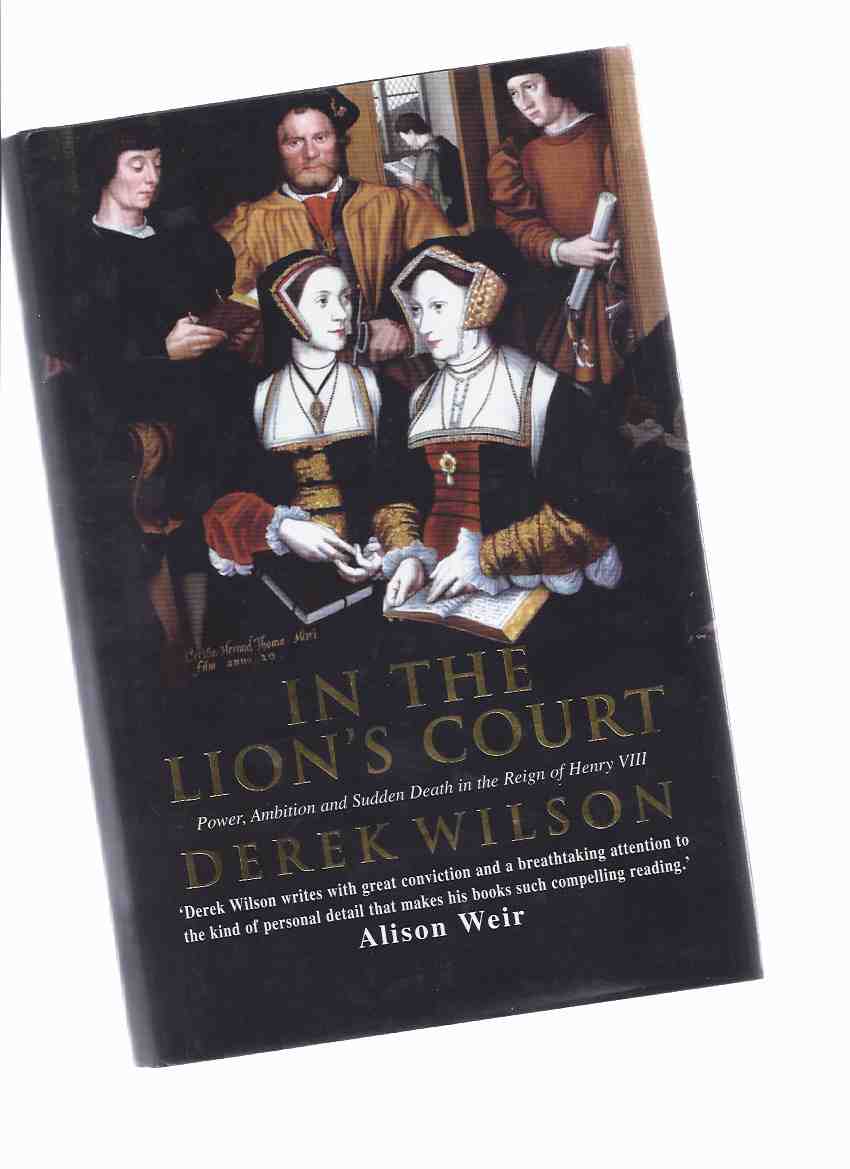 In the Lion's Court: Power, Ambition and Sudden Death in the Reign of King Henry VIII

-----------hardcover, a Near Fine copy in a Near Fine price clipped dustjacket, lower corners are ever so slightly bumped, 580 pages, b&w illustrations, ---"The story of Henry VIII and his six wives is a well-known example of the caprice and violence that dominated that King’s reign. Now renowned historian Derek Wilson examines a set of relationships that more vividly illustrate just how dangerous life was in the court of the Tudor lion. He tells the interlocking stories of six men—all curiously enough named Thomas—whose ambitions and principles brought them face to face with violent death, as recorded in a simple mnemonic: ‘Died, beheaded, beheaded, Self-slaughtered, burned, survived.’ In the Lion’s Court is an illuminating examination of the careers of the six Thomases---Thomas Wolsey, Thomas More, Thomas Cromwell, Thomas Howard, Duke of Norfolk, Thomas Cranmer, Archbishop of Canterbury and Thomas Wriothesley, Earl of Southampton---whose lives are described in parallel. Wilson traces their family and social origins, their pathways to the royal Council chamber, their occupancy of the Siege Perilous, and the tragedies that, one by one, overwhelmed them. By showing how events shaped and were shaped by relationships and personal destinies, Derek Wilson offers a fresh approach to the political narrative of a tumultuous reign."---, any image directly beside this listing is the actual book and not a generic photo,

Title: In the Lion's Court: Power, Ambition and Sudden Death in the Reign of King Henry VIII

Keywords: In the Lion's Court: Power, Ambition and Sudden Death in the Reign of King Henry VIII

In the Lion's Court: Power, Ambition and Sudden Death in the Reign of King Henry VIII