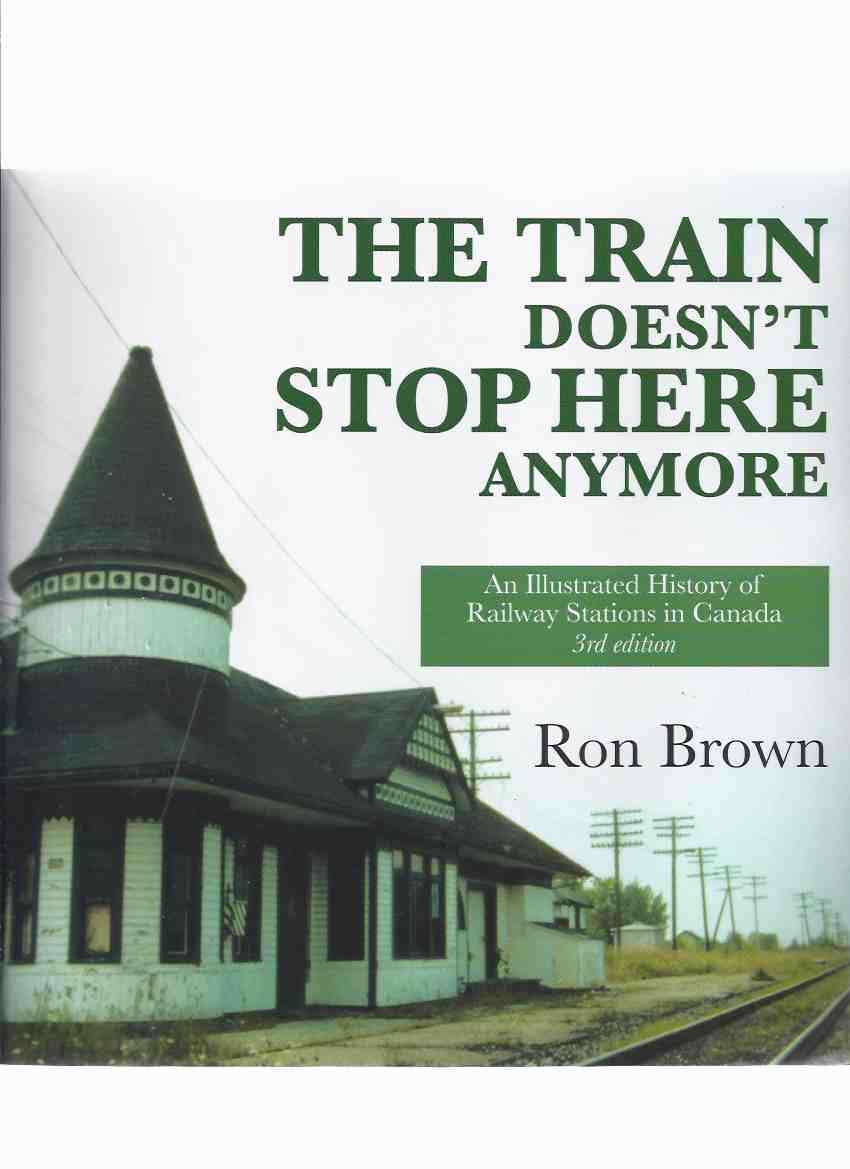 ------------large oblong (quarto) softcover, a Near Fine copy, 191 pages, b&w as well as some colour photos throughout, contents include: What is a Station?; Stations and the Canadian landscape; Miserable Shanties - Canada's FIRST Stations; The Station Builders - The Architecture; Urban Monuments - Canada's City Stations; Masters of the Station - Railway Station Agents; The Station as a Place to Play; The Station was their stage - The Railway Station in Small-Town canada; The Train Doesn't Stop here Anymore - The Decline; Boarded Up Shacks - The Fight to Save Our Stations; Bibliography; Index, ---"Despite the 'green' benefits of rail travel, Canada has lost much of its railway heritage. Across the country stations have been bulldozed and rails ripped up. Once the heart of communities large and small, stations and tracks have left little more than a gaping hole in Canada's landscapes. This book revisits the times when railways were the country's economic lifeline, and the station the social center. Here was where we worked, played, listened to political speeches, or simply said goodbye to loved ones never knowing when they would return. The landscapes which grew around the station are also explored and include such forgotten features as station hotels, restaurants, gardens and the once common railway YMCA. Railway companies often hired the world's leading architects to design grand station buildings which ranged in style from chateau-esque to art deco. Even small town stations and wayside shelters displayed an artistic flare and elegance. Although most have vanished, the book celebrates the survival of that heritage in stations which have been saved or indeed remain in use.The book will appeal to anyone who has links with our rail era, or who simply appreciates the value of Canada's built heritage"---, any image directly beside this listing is the actual book and not a generic photo