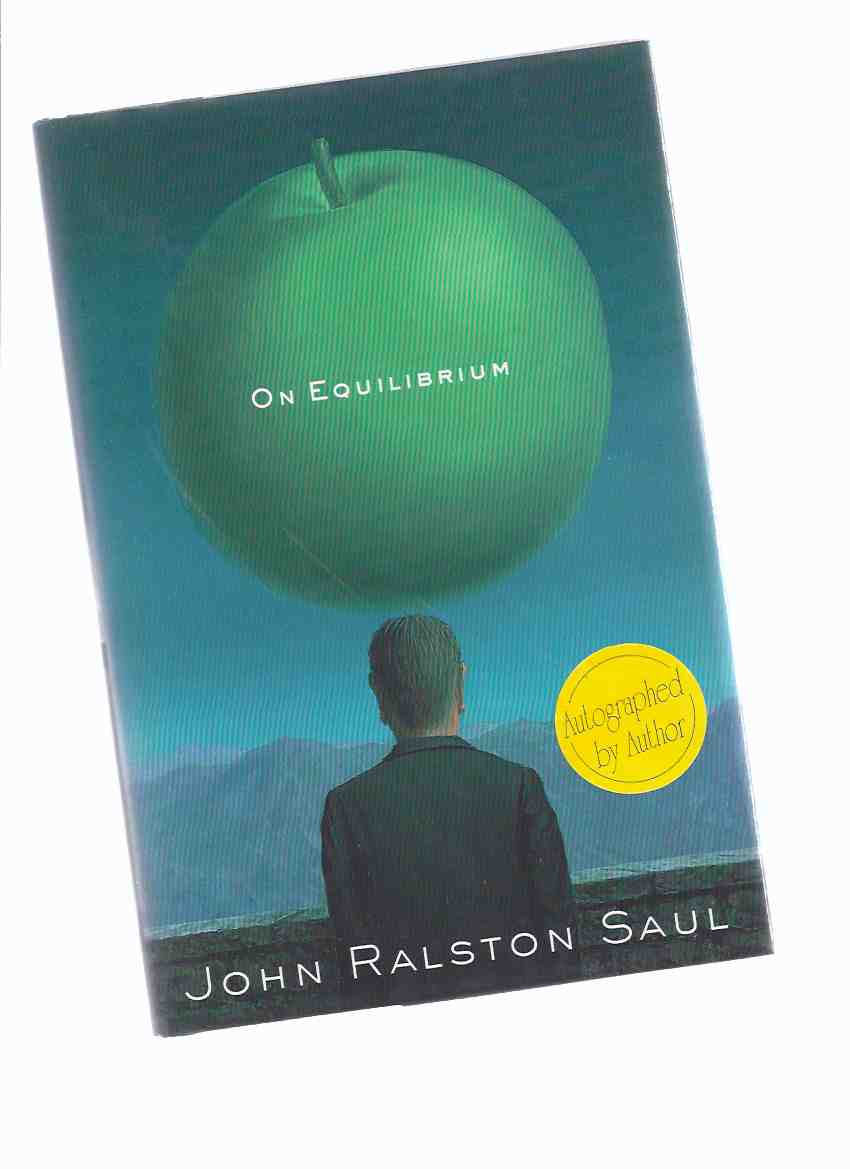 ----------hardcover, a Near Fine copy in a Near Fine dustjacket, signed by Saul, 370 pages, ---" On Equilibrium is an intelligent, persuasive and controversial exploration of the essential qualities of humanity and how to use them to achieve equilibrium for the self and an ethical society. It is at once an attack on our weakness for ideologies and a manual for humanist action. It is the logical, compelling, and humane successor to his bestselling trilogy. Mr. Saul's philosophical trilogy - Voltaire's Bastards: The Dictatorship of Reason in the West, The Doubter's Companion: A Dictionary of Aggressive Common Sense, and The Unconscious Civilization - has had a growing impact on political thought in many countries. The Unconscious Civilization won the 1996 Governor General's Literary Award for Non-Fiction, as well as the Gordon Montador Award for Best Canadian Book on Social Issues. Mr. Saul's ideas on the nature of Canada were presented in Reflections of a Siamese Twin, which also won a Montador Award and was chosen by Maclean's magazine as one of the ten best non-fiction books of the century. He is also the author of five novels that deal with the crisis of modern power and its clash with the individual. Like his non-fiction, his novels have been translated into many languages. John Ralston Saul was born in Ottawa and studied at McGill and the University of London, where he obtained his Ph.D in 1972"---, any image directly beside this listing is the actual book and not a generic photo