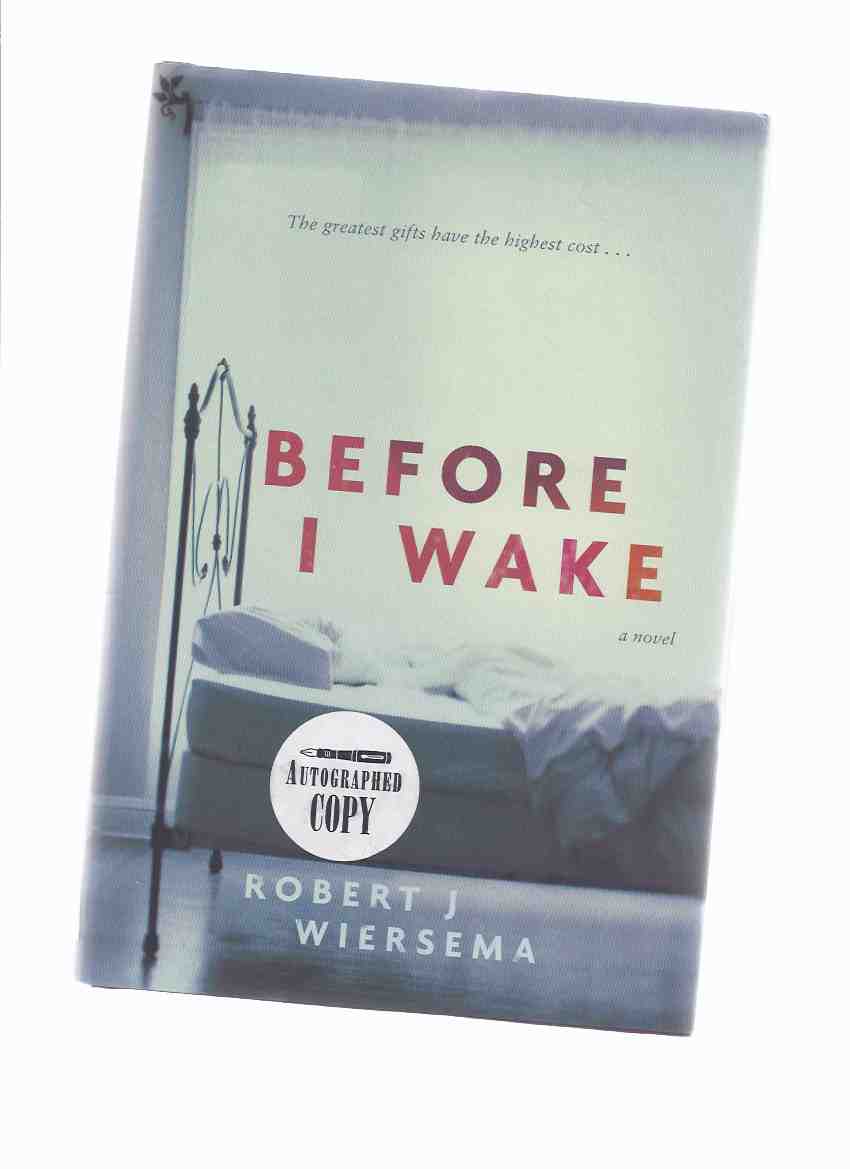 Before I Wake -a Signed Copy

----------hardcover, a Near Fine copy in a Near Fine dustjacket, signed by Wiersema, ---"They say there are three sides to every story. Yours, mine and the truth. In Before I Wake, debut novelist Robert J. Wiersema cleverly introduces a multitude of voices to tell this astonishing story of loss, redemption and forgiveness. And the truth? Well, when miracles start happening around Sherry Barrett, a three-year-old girl in a coma, explanations of a rational kind no longer seem important. Injured by a hit-and-run driver while crossing the street, Sherry Barrett lies in a hospital where her doctors say she will never wake up. Her distraught parents, Karen and Simon, make the painful decision to take her off life support. But when they do, Sherry spontaneously begins breathing on her own, the first of many miraculous events to occur. Henry Denton, the driver who struck Sherry, is haunted by the accident and attempts to take his own life, only to be saved by an unexplained force. Sherry's nurse discovers that the little girl has the power to heal. When word of her gift leaks, the sick begin lining up to be saved and a mysterious stranger sets his sights on vanquishing the believers and the Barretts. Before I Wake delicately brings together grandiose leaps of faith with the fragility of every day moments. There's a fly-on-the-wall quality in Wiersema's observations, as his realistically flawed characters struggle with guilt, self-loathing and belief while they go about their daily lives. The novel's fractured narrative style is propulsive and unexpected at every turn, and succeeds in raising questions about times of great faith, and what happens when they happen to the most unlikely of people. "I believe in miracles - we see them around us all the time," Wiersema says. "I believe in not having the answers, in there being forces beyond our understanding.""---, any image directly beside this listing is the actual book and not a generic photo

Title: Before I Wake -a Signed Copy

Before I Wake -a Signed Copy