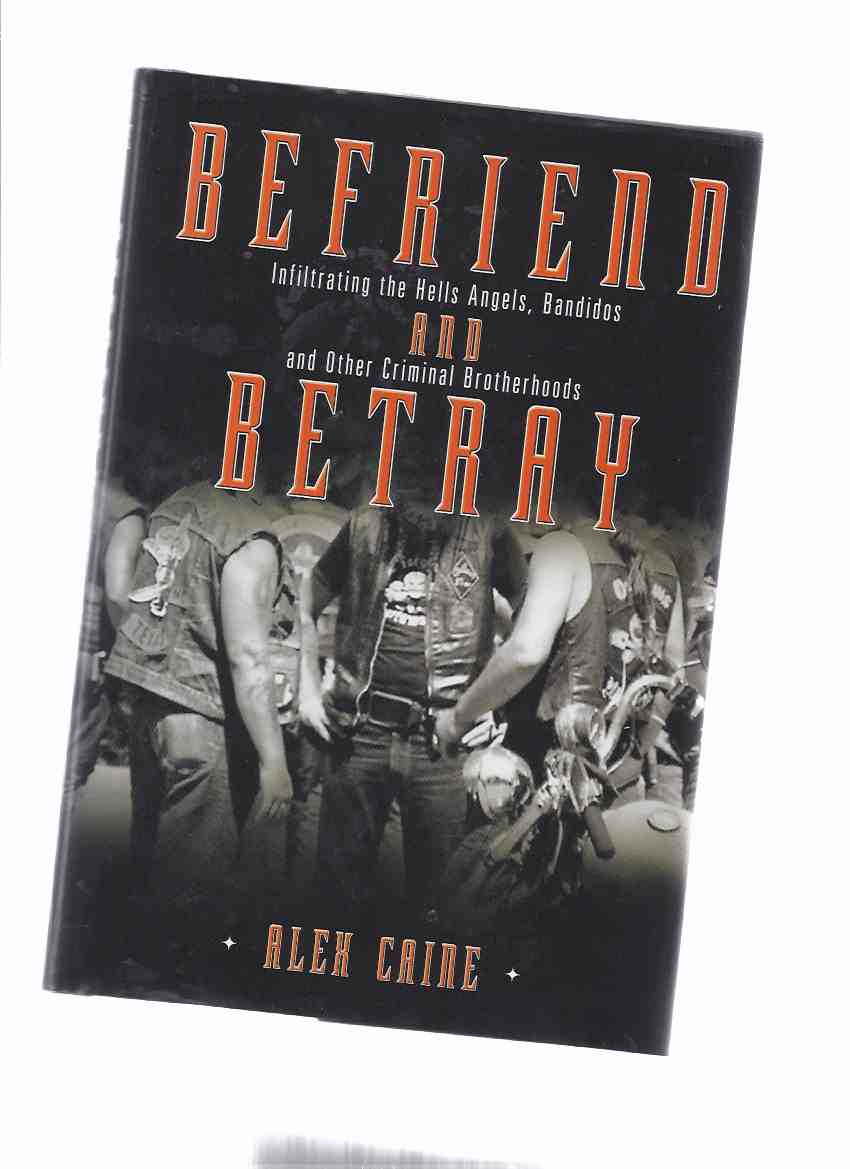 ------------hardcover, a Near Fine copy, in a Very Good+ dustjacket with a faint stain on verso of the jacket, 296 pages, b&w photos, ---"The Hells Angels. The Bandidos. Asian triads. Russian mobsters and corrupt cops. Even the KKK. Just part of a day’s work for Alex Caine, an undercover agent who has seen it all. Alex Caine started life as a working-class boy from Quebec who always thought he’d end up in a blue-collar job. But after a tour in Vietnam and a stretch in prison on marijuana-possession charges, he fell into the cloak-and-dagger world of a contracted agent or “kite”: infiltrating criminal groups that cops across North America and around the globe were unable to penetrate themselves. Thanks to his quick-wittedness and his tough but unthreatening demeanour, Caine could fit into whatever unsavoury situation he found himself. Over twenty-five years, his assignments ran the gamut from bad-ass bikers to triad toughs. When a job was over, he’d slip away to a new part of the continent or world, where he would assume a new identity and then go back to work on another group of bad guys. Told with page-turning immediacy, Befriend and Betray gives a candid look behind the scenes at some familiar police operations and blows the lid off others that law enforcement would much prefer to keep hidden. And it offers an unvarnished account of the toll such a life takes, one that often left Caine to wonder who he really was, behind those decades of assumed identities. Or whether justice was ever truly served."---, any image directly beside this listing is the actual book and not a generic photo