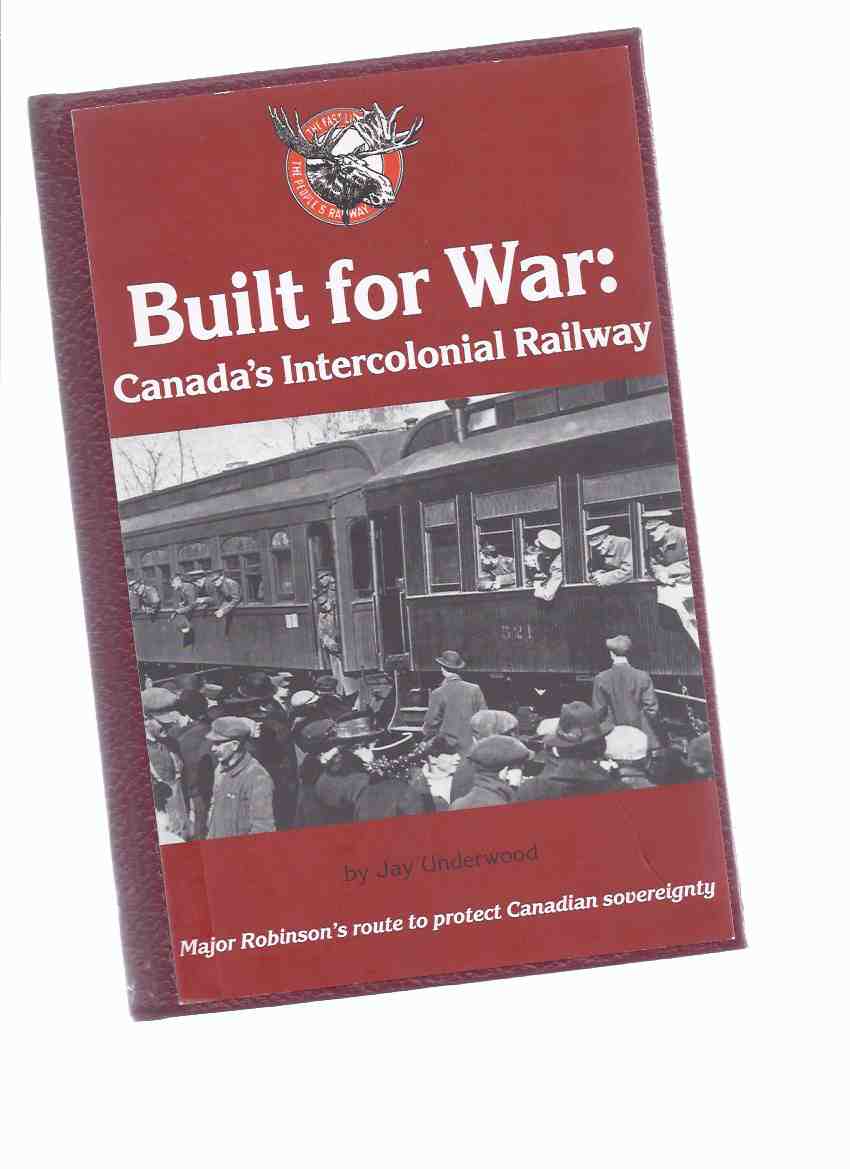 -----------hardcover, a solid Good exlibrary copy, no dustjacket as issued, usual library marks and stamps, 246 pages, b&w photos,---"Anyone who has had occasion to travel on VIA Rail’s oldest trans-continental train ‘The Ocean’ between Halifax and Montreal might wonder why the original route of the Intercolonial Railway took such a round-about course through northern New Brunswick. ---The answer lies in the fear nineteenth century Canadian and British politicians had that the Americans might attempt to seize control of British North America in a winter attack. With the St. Lawrence river frozen solid, reinforcements from Britain could not reach the fortress at Quebec. Hence, the building of the defensive rail line, following “Major Robinson’s Path,” a much overlooked facet of the railway’s history. ---Built for War: Canada’s Intercolonial Railway tells the story of Canada's first attempt to assert its sovereignty, and how the railway, built with military and economic objectives in mind, served its purpose so well."---, any image directly beside this listing is the actual book and not a generic photo