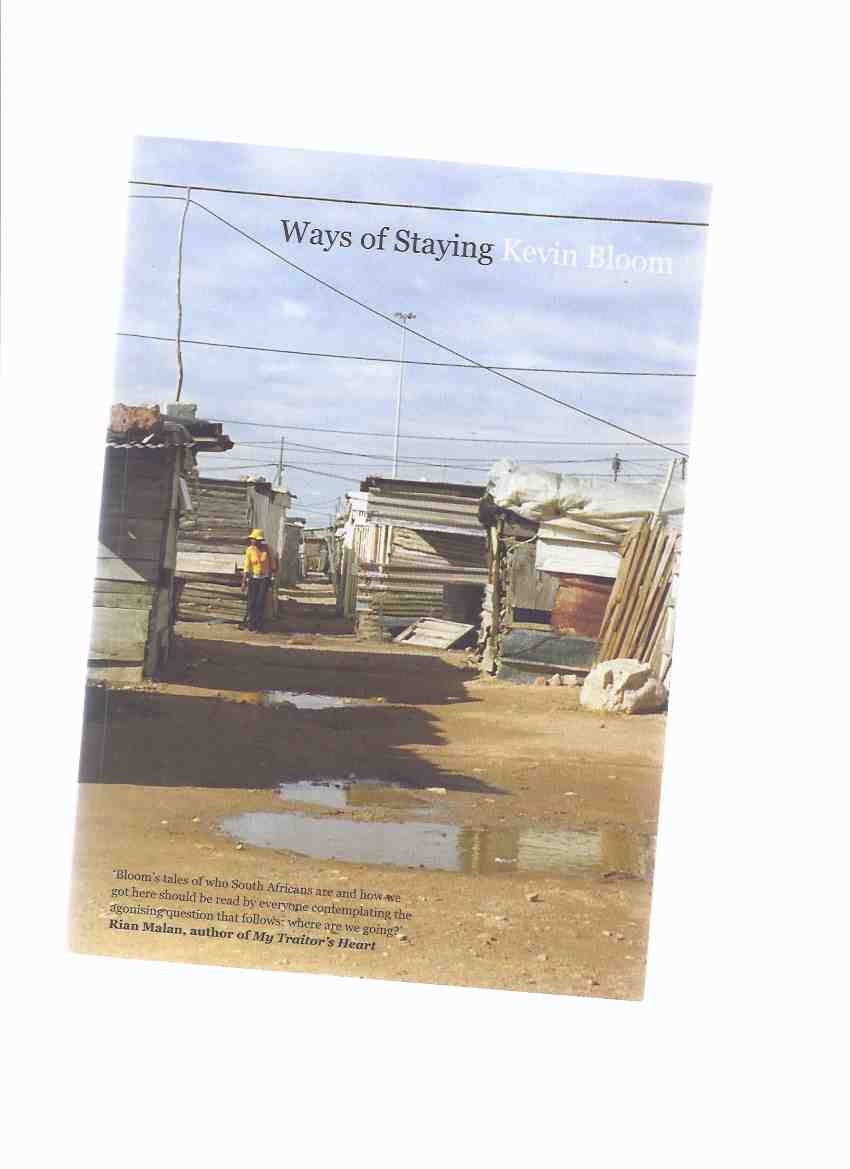 ------------softcover, about 6 x 8 inches, a Near Fine copy, signed and inscribed by Bloom, ---"As a journalist, Kevin Bloom had witnessed and reported on the rising tide of violence in post-Apartheid South Africa. But when his own cousin was killed in a vicious random attack, the questions he'd been asking about the troubling political and social changes in his country took on a sickeningly personal urgency. Suddenly, it felt as though this South Africa was no longer the place he'd grown up in or the place which felt like home. Still stunned by the loss, Bloom begins to trace the path of violence from the murder of his cousin in the hills of Zululand to the fatal shooting of the historian David Rattray, linking these individual crimes to the riven political landscape, and the riots and xenophobic attacks of 2008. Visceral, complicated, and compassionate, "Ways of Staying" is an eloquent account of how the white community is coping with black majority rule, and in particular how one family is coping in the aftermath of their own private tragedy"---, any image directly beside this listing is the actual book and not a generic photo