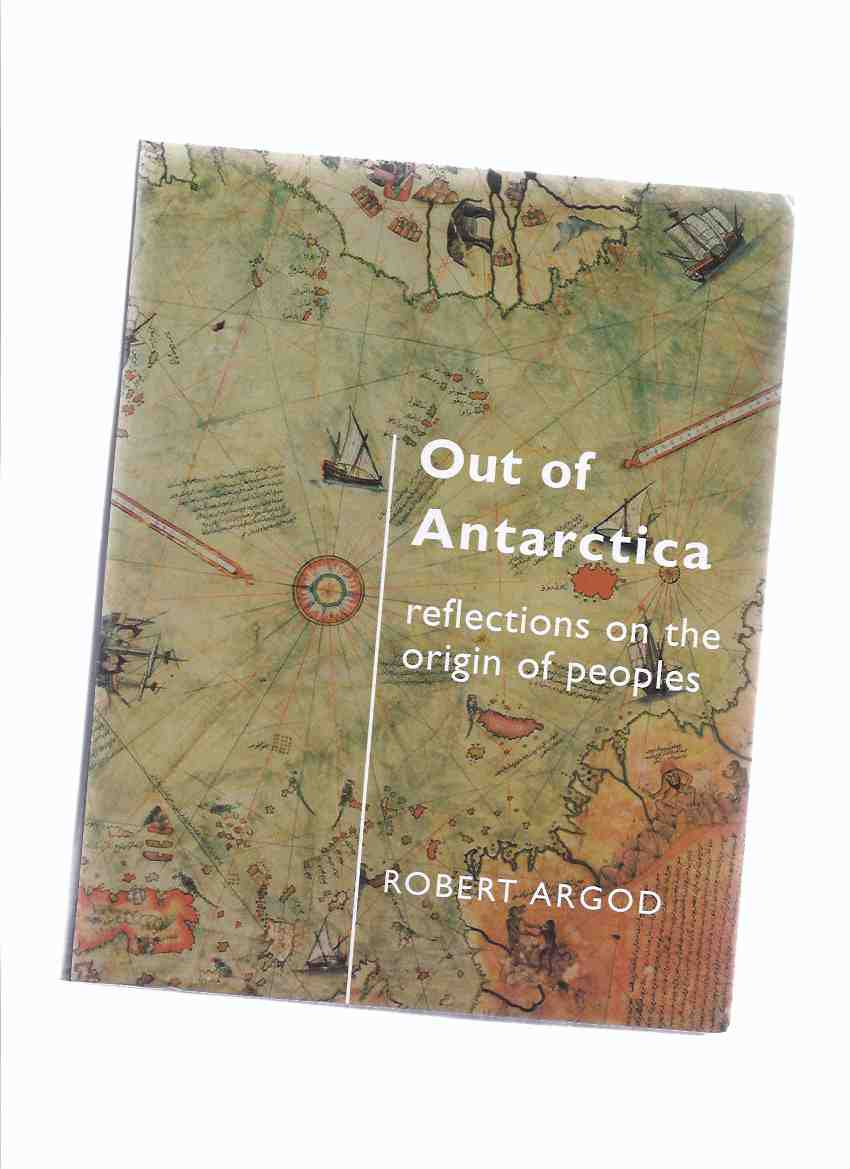 Out of Antarctica: Reflections on the Origin of Peoples

---------softcover with stiff card covers, about 6.5 x 8.5 inches, a Near Fine copy with a crease to rear flap, 326 pages, colour and b&w photos, from ATLANTIpedia: Robert Argod (1920-2000) was born in la Drôme, France. His adult life was devoted to maritime matters with a particular emphasis on the study of Polynesian shipbuilding and navigational techniques. This led to the posthumous publication in English of a book that controversially suggested that the Polynesians had originated in an ice-free Antarctica. Even more contentious was his belief that this habitable state of the continent was a consequence of polar displacement on a dramatic scale. He claims that such a catastrophic event had occurred more than once within the memory of man and that it is reflected in the mythologies of various peoples. ---His inspiration has come from the work of Charles Hapgood, who did much to draw attention to medieval sea maps that were apparently based on much more ancient charts which showed an Antarctic coast free of ice. His theory is also founded on the concept of accelerated tectonic movements whose consequences are recorded in the ancient literature of many cultures. However in my opinion, Argod does not offer a credible mechanism that could explain such a cataclysmic series of events. He notes the Atlantis story of Plato as just one such record and specifically interprets the 8,000 years since the catastrophe as ‘moon-years’, which would recalibrate the date of the event to around the 13th century BC, coincident with the Egyptian battles with the Sea Peoples.---, ---chapters include: Preface; Introduction; The origin in myth - Polynesia; China; Japan; Iceland; Egypt; Greece; Rome; India; Mesopotamia; The Bible --- The Antarctic - The poles; Cartography; Uncertainties about the length of climatic eras; Continental drifts; The glaciations of the Quaternary ers --- Twilight of the gods - Polynesia; China; iceland; Mexico and Guatemala; The Sahara; Egypt; Greece; Rome; India; Mesopotamia; The Bible; new Chronology ---Conclusion ---Bibliography, any image directly beside this listing is the actual book and not a generic photo

Title: Out of Antarctica: Reflections on the Origin of Peoples

Keywords: Out of Antarctica: Reflections on the Origin of Peoples

Out of Antarctica: Reflections on the Origin of Peoples