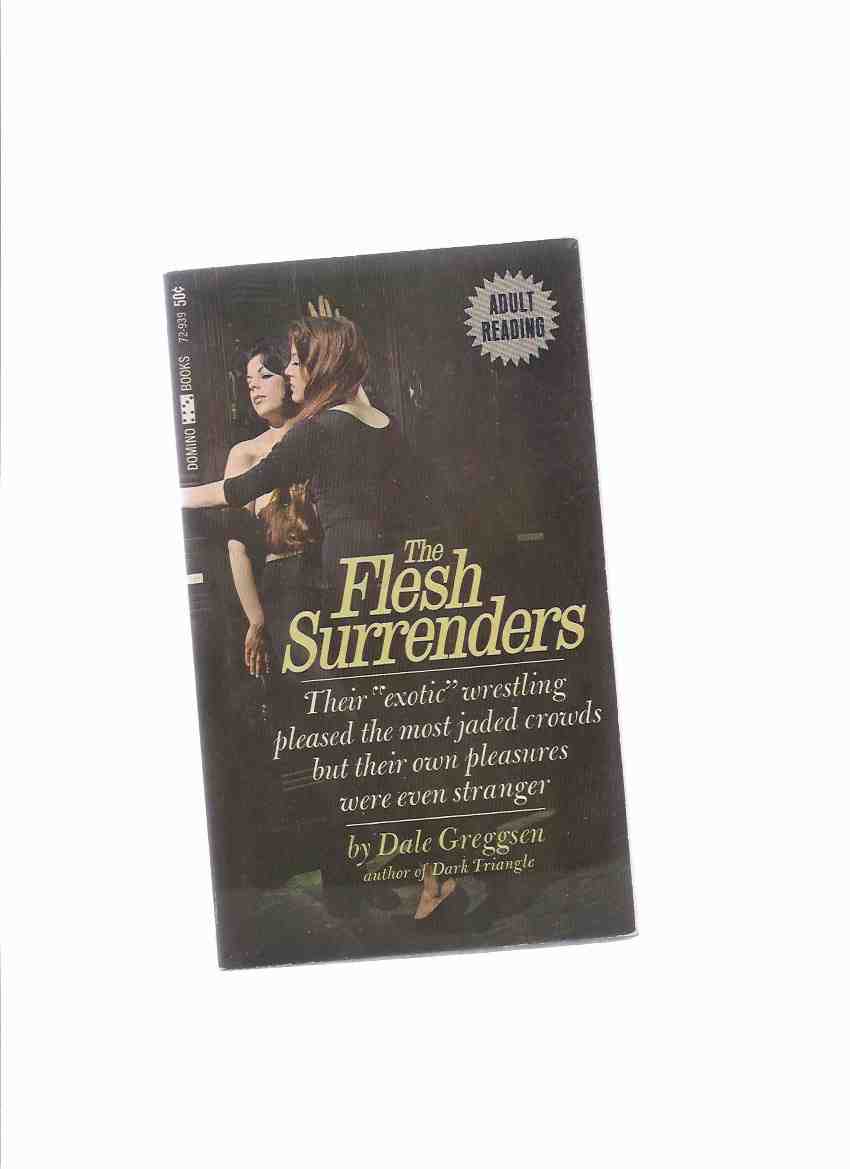 ----------paperback, a solid Very Good copy, some VERY faint stress marks on the spine, an incredibly difficult title to locate, "---Flame Tremont and Natalie Blair were deadly enemies --for the benefit of the wrestling audience. In the privacy of dressing rooms and hotel rooms, it was something else again. There, these two utterly desireable women were the most devoted and demanding lovers. Then Natalie betrayed Flame - and Flame had to find a new life for herself. She found it in a group of 'exotic' wrestlers touring Europe - and exotic meant no holds barred. The audiences kept demanding more nudity, more evidence of real pain and tormnet - and the girls gave it to them. If they didn't, they knew they would feel the wrath of the imperious, dominating Hilda Kranz, their leader. And Hilda had already picked Flame as her favorite ---", any image directly beside this listing is the actual book and not a generic photo

Title: The Flesh Surrenders ---Their exotic wrestling pleased the most jaded crowds but their own pleasures were even stranger ( Lesbian Wrestlers )( Lesbian / Lesbiana Literature / Content )