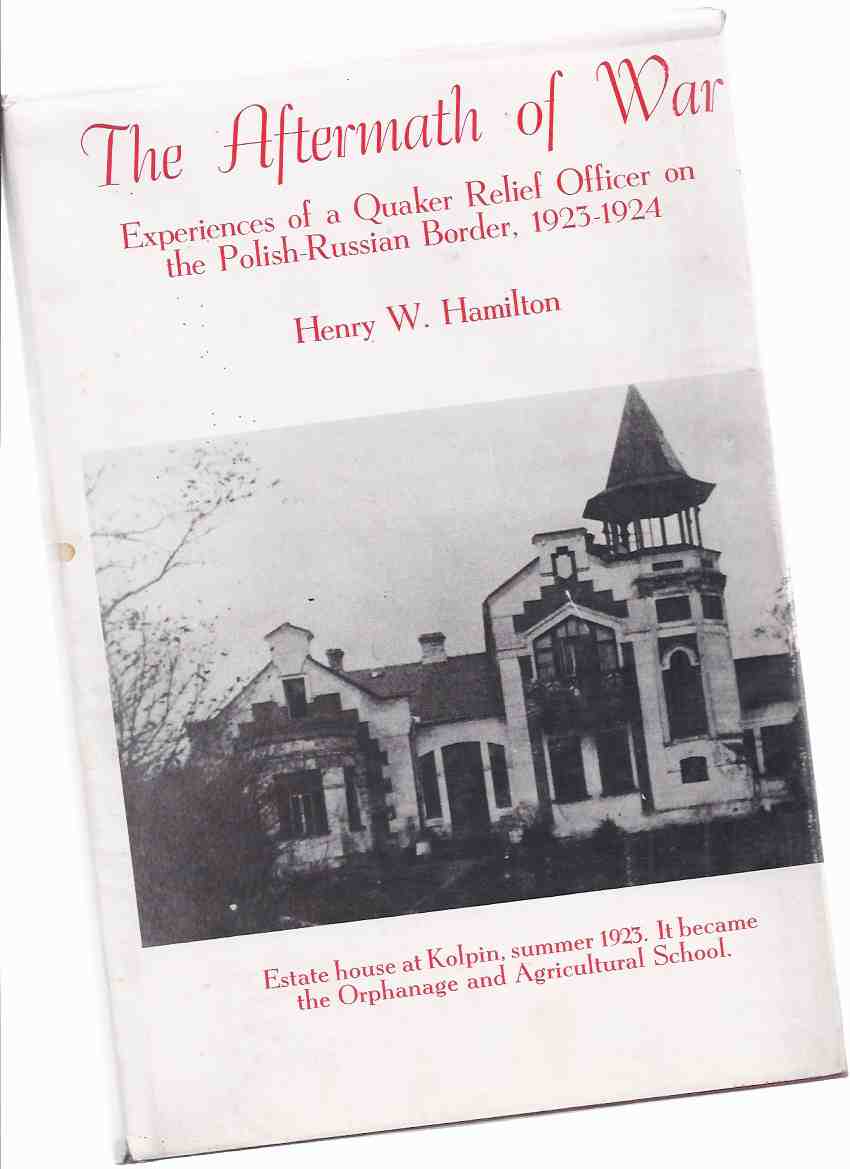 The Aftermath of War: Experiences of a Quaker Relief Officer on the Polish Border, 1923 - 1924 -by Henry W Hamilton

------------hardcover, a Near Fine copy in an attractive Good dustjacket with some light wear and rubbing, a bit of tip wear to jacket and spine of book, 257 pages, b&w photos, "It was in the fall of 1923 that a young, idealistic, and unsophisticated Missouri farmer, Henry W. Hamilton, took up his duties as Chief of a Quaker Relief out-post in famine ravaged eastern Poland (White Russia). The land had been fought over countless times as the Germans, Russians and Poles clashed on the Eastern Front during World War One. Millions of dwellings had been destroyed, whole villages obliterated, and eight million Russian peasants transported east to an area that quickly became the epicenter of the Great Famine of 1922. Now survivors were returning to claim what little remained of their homes and villages, and it fell to international relief agencies, not the least among them the Quakers, to provide seeds, farm implements, lumber and practical know-how for rebuilding. Hamilton regularly wrote his parents of his trials and triumphs. The letters were preserved and they provide close documentation and striking local color for this historically significant depiction of Eastern Europe in the wake of the Great War and the Bolshevik Revolution. One hundred photographs taken by the author in the course of his travels in the Soviet Russia complement the text in revealing the human misery and material destruction that characterize 'the aftermath of war,'---", contents include: Foreword; Introduction; Background; White Russia; Hoduciszki Outpost -my first; Work with Timber Columns; Warsaw Unit of Quaker Relief; Life at Hoduciszkil Horodec Outpost; The Dnieper-Bug canal; Beilin -the village that stayed; The City and the Countryside; Smorgonie Outpost; Outpost Closing date Established; Setting Up the Agricultral School and Orphanage at Kolpin; Last Visit to Kolpin; Disbanding the Outposts; To Great Russia and Moscow; The Famine Area - Buzuluk and Samara Province; To Turkestan and the Ukraine, any image directly beside this listing is the actual book and not a generic photo

Title: The Aftermath of War: Experiences of a Quaker Relief Officer on the Polish Border, 1923 - 1924 -by Henry W Hamilton

Keywords: The Aftermath of War: Experiences of a Quaker Relief Officer on the Polish Border, 1923 - 1924 -by Henry W Hamilton

The Aftermath of War: Experiences of a Quaker Relief Officer on the Polish Border, 1923 - 1924 -by Henry W Hamilton