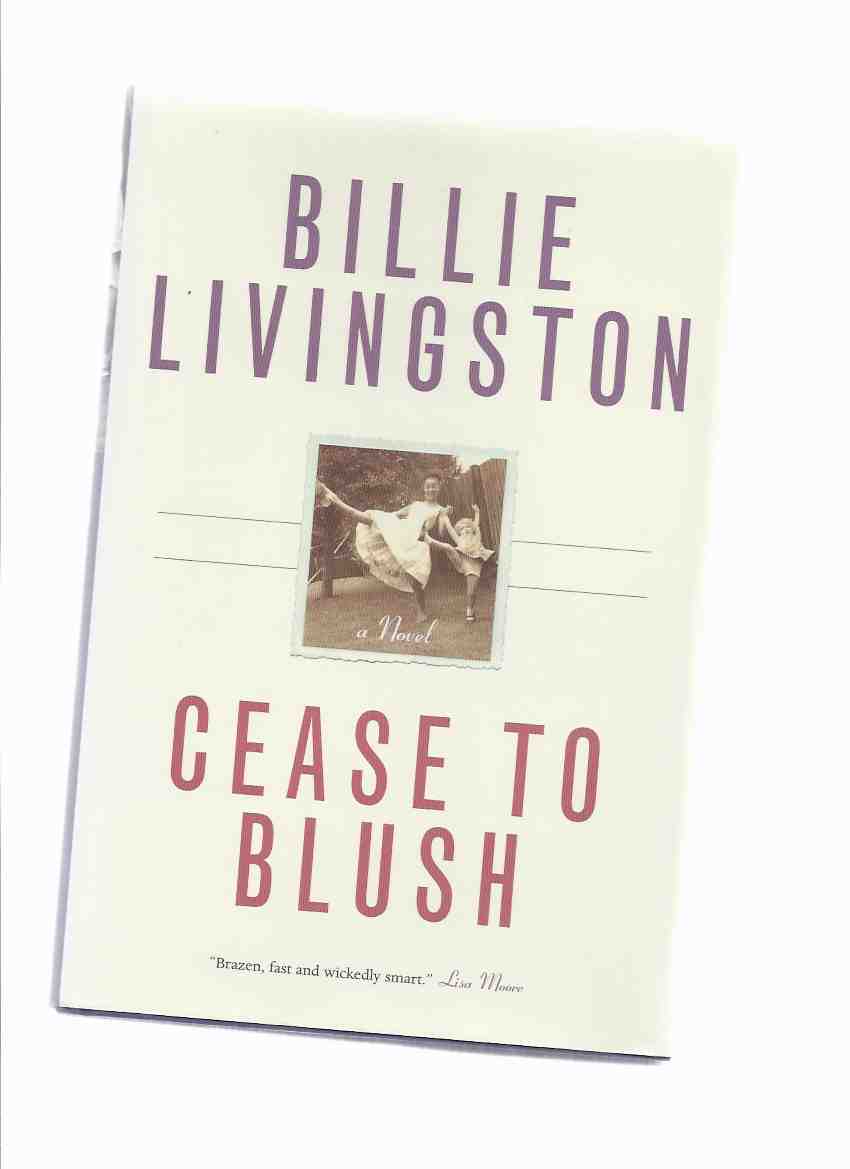 Cease to Blush -by Billie Livingston -a Signed Copy

-----------hardcover, a Near Fine copy in a lightly rubbed Near Fine dustjacket, signed by Livingston without inscription, ---"Billie Livingston’s fine second novel leads us to consider the nature of our hidden lives and desires - and to question whether the sky would really fall if we admitted our true needs and ceased to blush. ---As Cease to Blush opens, Vivian is late to her own mother’s funeral. Wearing a tight red suit, Vivian stands out like a pornographer’s dream amongst the West Coast intellectuals mourning the death of prominent feminist Josie Callwood. But for all of her bravado, Vivian finds herself emotionally numb and spiraling downward. Vivian and her mother were in constant conflict, with Josie disapproving of her daughter’s lifestyle; her inclination to use her body instead of her brain, and her so-called acting career, which has amounted to little more than playing prostitutes and the odd dead body. For her part Vivian has been invested in antagonizing her mother’s feminist ideology. As the story opens Vivian’s career, as well as her relationship with boyfriend Frank, is taking an unsavoury turn as she wades into the quick cash scheme of Internet porn with herself cast in the lead. ---But Josie has left a big surprise for her troubled daughter: a trunk full of mementoes from her own past, all of which point to a secret life more exotic than anything Vivian has been able to pull off. Puzzling together bits and pieces, Vivian learns that her mother was at one time a burlesque performer named Celia Dare who rubbed shoulders with the flashiest celebrities of the sixties. Vivian becomes determined to uncover the true story of her mother’s life. ---Chasing rumours, Vivian sets off down the Pacific coast and soon finds out that truth is a slippery snake. With only a few of her mother’s letters, some guarded anecdotes from Josie’s former confidant and a slew of books about the sixties, Vivian begins to re-create her mother’s life, placing her at the heart of some of the biggest events and scenes of the era. From the protests and beat coffeehouses of Haight-Ashbury to the frenzied nightlife of Rat Pack Vegas, from the political soirées of New York to mob meetings in glitzy Miami hotels, Celia Dare saw and did it all. Yet the glamour hid an ugly underbelly, and as Vivian peels away the layers of the past she begins to uncover her own emotional truths as well. ---Cease to Blush drives the bumpy road from the burlesque stages of Rat Pack Vegas to the bedroom Internet porn business, exploring just how far women have really come. In Vivian, Livingston has created the perfect character through which to explore what it means to be an independent woman today; with Celia/Josie, it’s clear that things weren’t so cut and dry in her day either. Though Celia’s story is told vividly here, its accuracy is impossible to gauge and the ghosts are not talking. But maybe this is Celia’s gift to Vivian: the ability of the past not only to illuminate the future, but to re-imagine it."---, any image directly beside this listing is the actual book and not a generic photo

Title: Cease to Blush -by Billie Livingston -a Signed Copy

Cease to Blush -by Billie Livingston -a Signed Copy