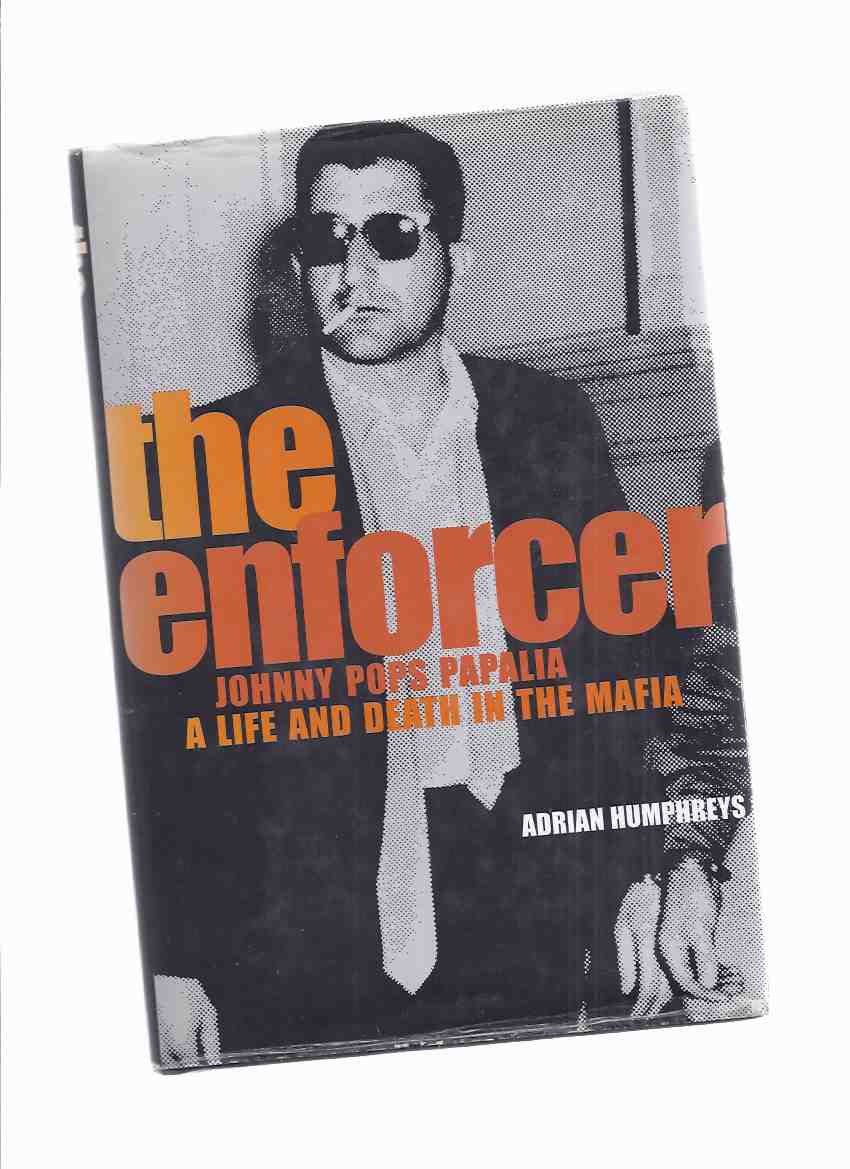 ------------hardcover, a solid Very Good copy with some very faint marks and rubbing to the black paper boards, in a Very Good+ lightly rubbed dustjacket, a bit of very faint edge wear along lower edge of jacket, overall a tidy clean square copy, --- illustrated with b&w photos, 280 pages, "Shortly after lunch, on May 31st, 1997, Johnny Papalia -a man known as Johnny Pops, Canada's Al Capone, Godfather and The Enforcer -was gunned down outside his office at 20 Railway Street in Hamilton, Ontario. For close to 40 years, gangsters across Canada bowed to the fearsome will of Pops, a Mafia chieftain who rose from a working class ghetto to hold a tenuous grip on organized crime. Journalist Adrian Humphreys followed the life, business and influence of Papalia and using an intriguing blend of sources - from gangsters and street rogues to police and honest citizens -he recreates that shadowy world and reveals a man who could be as brutal as he was generous. The ENFORCER takes the reader inside the Mafia's inner sanctum and reveals the power it wields.---into the backrooms of the 60's, 70's and 80's where deals were made, relationships forged, and double crosses plotted.", any image directly beside this listing is the actual book and not a generic photo