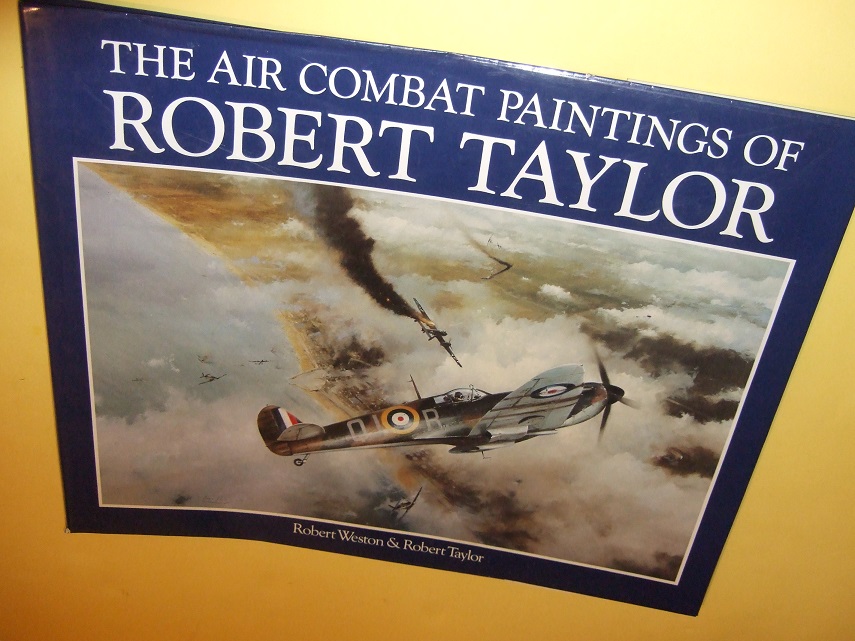 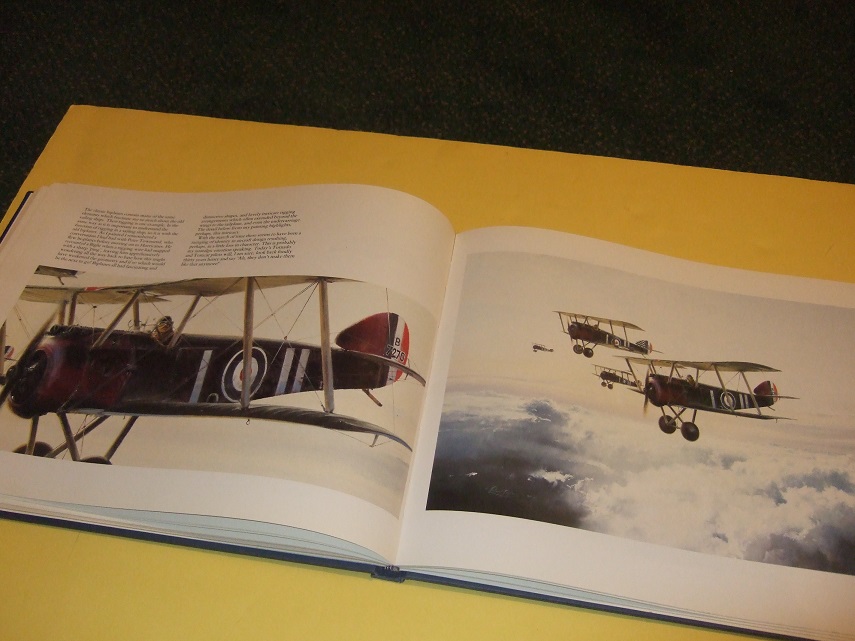 -----------large (oblong quarto) hardcover, about 14.5 x 11.5 inches, a Near Fine copy in a Near Fine lightly rubbed dustjacket, gift inscription, jacket is now in a hi-quality mylar protector, 128 pages, colour and b&w illustrations throughout, contents include: Foreword by Johnnie Johnson; Introduction by Taylor; ROBERT TAYLOR by Weston; THE PAINTINGS: Return of the Few with a commentary by Johnson; The Dambusters; Moral Support with essay by Townsend on FLYING the HURRICANE in Comabt; The battle of Taranto (includes The Fairey Swordfish ) and an essay by White on The History of the Fleet Air Arm; Eagle Squadron Scramble; Sea King Rescue ( Falklands War ); First of many ( Battle of Britain )(short essay about Douglas Bader as well); Bomber's Moon with an essay by Mahaddie on The Pathfinders; High Patrol ( Sopwith camels in WWI ); Victory Over Dunkirk with a brief essay about Wing Commander Bob Stanford-Tuck; Flight of Eagles with a brief essay by Galland (includes the Me109); Airstrike over West Falkland with a brief essay by Sharley Ward; Last Flight Home with a brief essay on The Victoria Cross (The Lancasters ); Typhoon Attack with a brief essay by Beaumont' The Memphis Belle witha brief essay on The Eighth American Air Force; Canadian Wing with a brief essay about Johnson ( includes the Spitfires ); Bekaa Valley Gunfight ( General Dynamics F-16 Fighting Falcons / The Tornado - Middle East conflicts ); JG-52 ( Jagdgeschwader [ Fighter Wing ] 52 ) with a brief essay on The Fighter Aces of the Luftwaffe;; Battle of Britain Memorial Flight; Duel of Eagles ( Douglas Bader and Galland -including a photo of the two veterans, and an interesting rejection of a sketch by Bader because the flight patterns were incorrect); and a brief essay on the Tangmere Wing; Operations On(The Lancasters) with a very brief passage from Sir Arthur harris; Gathering of Eagles (40th anniversary reunion of the American Air Forces Association) including a nice painting of the Fw 190; The Puttalam Elephants (including the F4U Corsair ); Victory Salute over London with a brief essay on the HMS Belfast (includes He111 over London), any image directly beside this listing is the actual book and not a generic photo