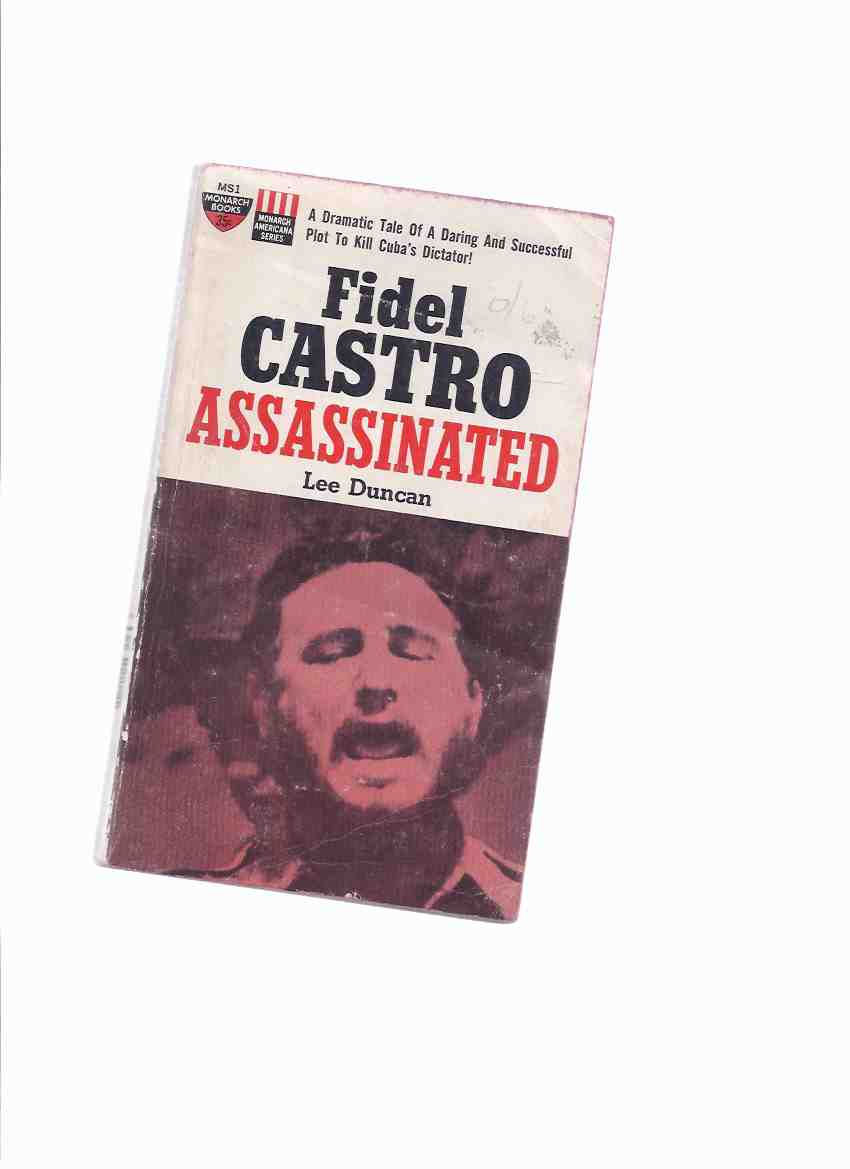 -----------paperback, a solid Good to Very Good copy, normal wear but still a solid copy, glue feels a bit dry but binding is not cracked at the gutter, light edge wear, a bit of sunning to spine, ink number on front endpaper, store stamp on verso of rear cover for a Gordon Kiosk Bookseller, Nairobi, some age toning to paper as usually seen on these old Monarch paperbacks, recently released as Killing Castro by Hard Case / Hatdcase, this is the 1961 1st edition and is quite scarce, any image directly beside this listing is the actual book and not a generic photo