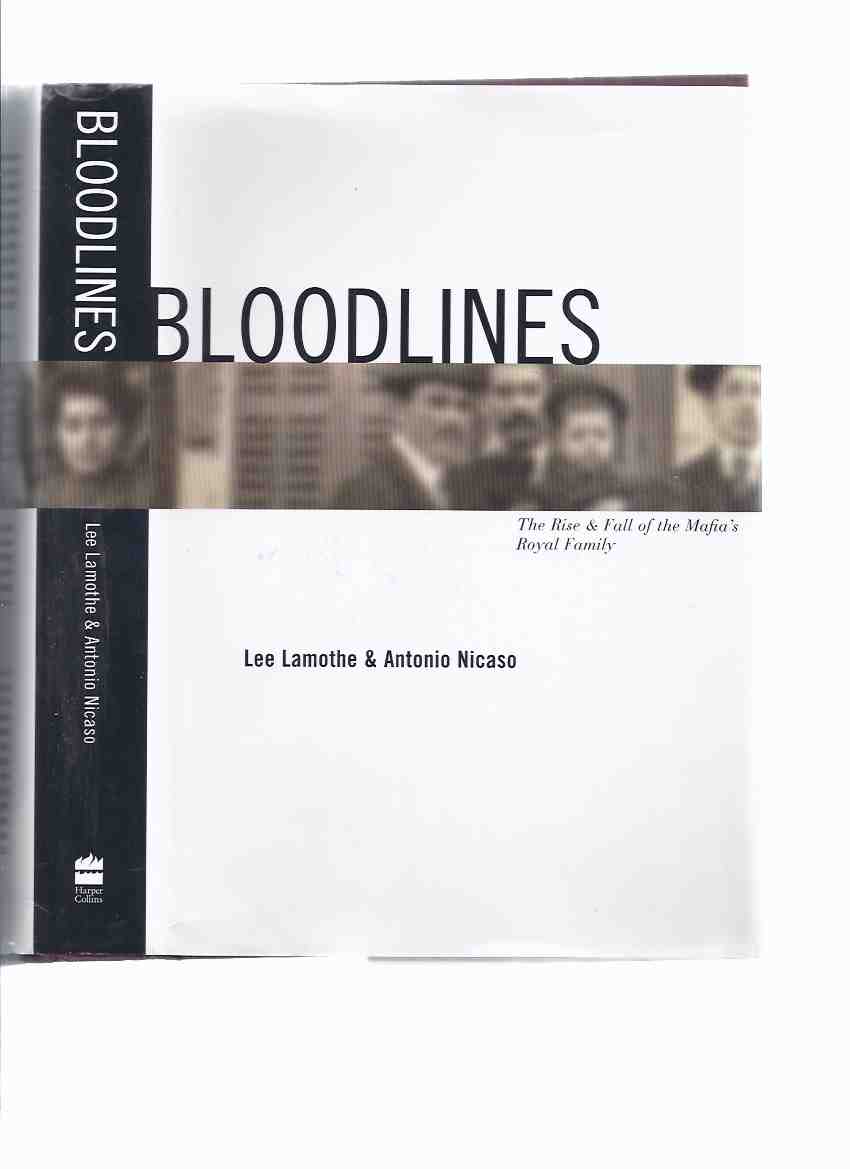 By: Lamothe, Lee and Antonio Nicaso

-----------hardcover, a Very Good+ copy in a lightly rubbed Very Good+ dustjacket, a nice copy but the book is slightly cocked/twisted, 283 pages, b&w photos, "Known as the Mafia Rothschilds, the Caruana-Cuntrera crime family possessed immense wealth, power and influence. Ruthless in their quest to build an illegal empire, their calling card was the ability to corrupt everyone in their path, from the lowliest bank clerk to a head of state. Alfonso Caruana, the Godfather behind this global empire, was recognized only by chance on a police surveillance tape at a Toronto hotel. Combined law enforcement agencies then launched Project Omerta, and the dramatic story of the takedown of the Mafia's Royal family began. A tour de force of crime reportage, Bloodlines is an intimate portrait of a criminal dynasty and a shocking behind the scenes look at Canada's criminal underbelly.---", any image directly beside this listing is the actual book and not a generic photo ???NOT SIGNED///

Title: Bloodlines: Project Omerta and The Rise and the Fall of the Mafia's Royal Family ( Blood Lines / Mafia )