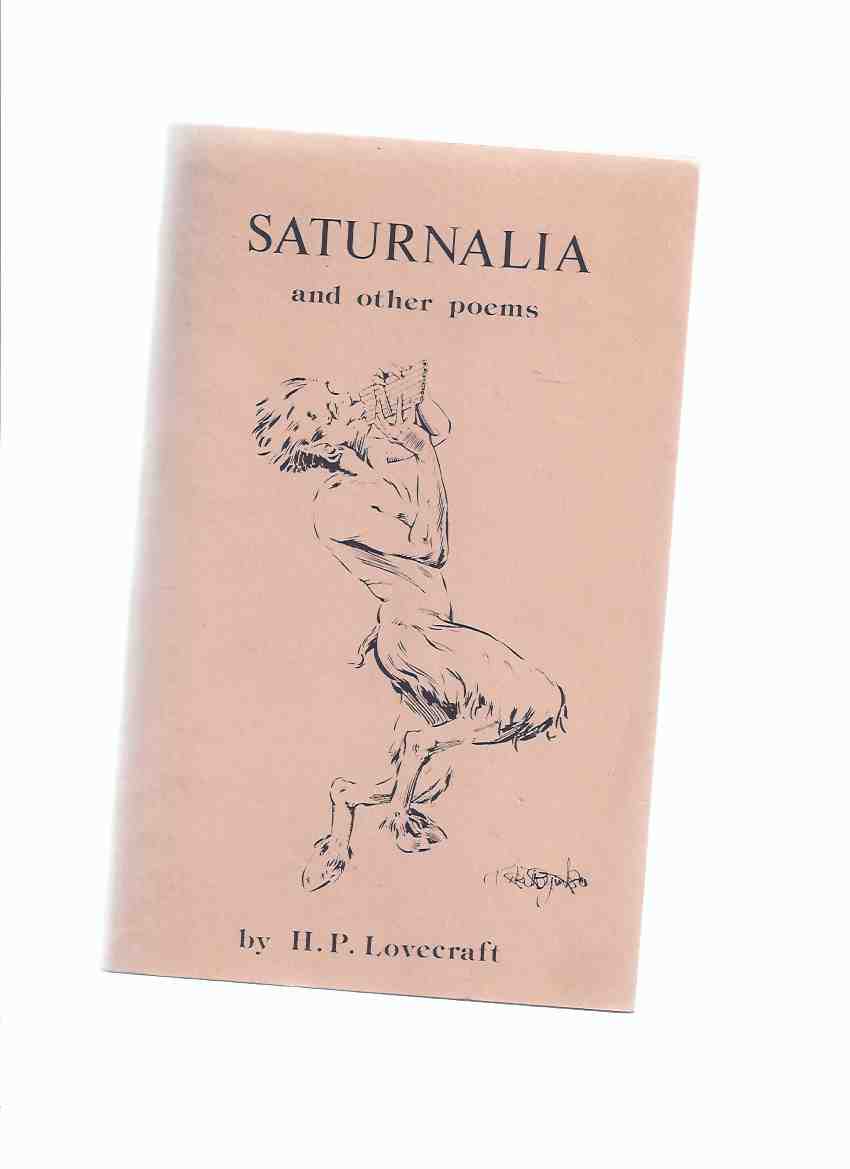 ----------trade paperback size side stapled chapbook, about 5.5 x 8.5 inches, a Near Fine copy, 2 price stickers on rear cover, beige covers, contains 38 offerings plus notes, 60 pages, contents include: Sors Poetae; The Poetical Punch pushed from his pedestal; To Mr Kleiner, on receiving from Him the Poetical Works of Addison, Gay and Somerville; To Col. Linkaby Didd; Epigrams; On Receiving a Portraiture of Mrs Berkeley, ye poetess; With a copy of Wilde's Fairy Tales; On Collaboration; The Isaacsonio-Mortoniad; Providence Amateur Press Club ( Deceased ) to the Athenaeum Club of Journalism; Gryphus in Asinum Mutatus; To the Arcadian; To the Nurses of the Red Cross; To the AHSPC on receipt of the May Pippin; To the AHSPC on receipt of the Christmas Pippin; To 'The Scribblers'; On an Accomplished Young Linguist; Verses Destined to be sent by a Friend of the Author to his Brother-in-Law on New Year's Day; The Road to Ruin; The Decline and Fall of a man of the World; To an Accomplished Young gentleman; To Mr Munroe on his Instructive and Entertaining Account of Switzerland; On the Creation of Niggers; Christmas Greetings; To SSL on Christmas 1920; To Sam Loveman Esq.; To Saml Loveman, Gent.; To Two Epgephi; Damon and Lyce; To Mr Baldwin upon receiving a Picture of Him in a Rural Bower; Saturnalia; To Xanthippe on her birthday, march 16, 1925; Hedone; Vetero[inguis Redivivus; My Lost Love; To a Young Poet in Dunedin; On an Unspoil'd Rural prospect, any image directly beside this listing is the actual book and not a generic photo