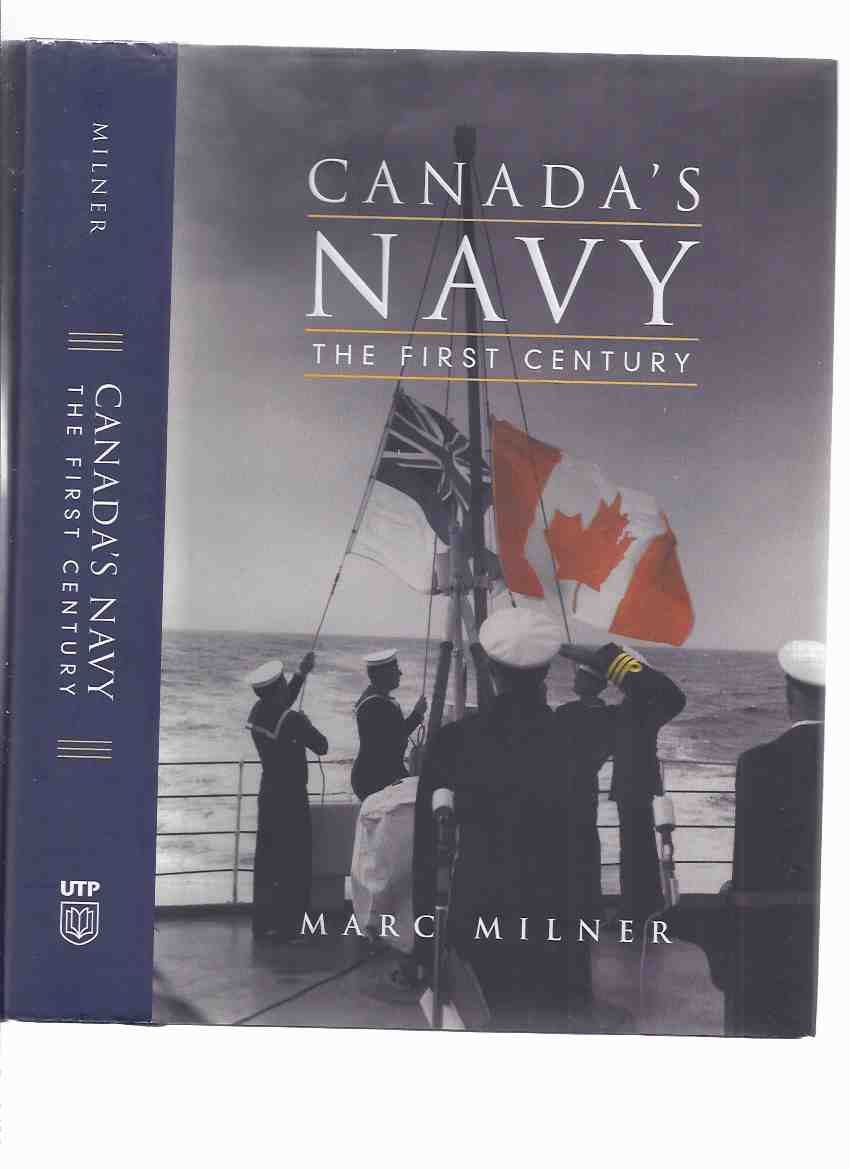 ----------hardcover, a Near Fine copy in a Near Fine dustjacket, ink name on blank, signed by MILNER on the title page, 356 pages, b&w photos, ---"From its eighteenth-century roots in exploration and trade, to the major conflicts of the First and Second World Wars, through to current roles in multinational operations with United Nations and NATO forces, Canada's navy has been an expression of Canadian nationhood and a catalyst in the complex process of national unity. --In Canada's Navy: The First Century, Marc Milner argues that the history of the Royal Canadian Navy falls into three distinct periods. Until 1939, the navy was essentially a national orphan - neglected by government, spurned by Canadians, composed largely of expatriate Britons, and lacking a clearly identifiable national role. The Second World War and the postwar years saw that role defined. During the war, the navy underwent an astonishing expansion that brought together Canadian industry, government, and people to produce the third largest navy in the world by 1945. That navy made a decisive contribution to winning the war in the Atlantic, and, with the outbreak of the Cold War, went on to confirm Canada's new and important role as part of a wider western alliance in the defence of shipping in the Atlantic. Since that time, naval history has been a struggle to reconcile naval ambitions for fleet development with those of the government, and to find a national identity for the service itself. --The result has been the renaissance of the last two decades, which has seen the navy re-emerge from the wreckage of unification as an independent institution and with the fleet completely rebuilt. At the end of the century, the navy is the most modern and capable of Canada's armed services, and having discarded the imperial cloak of its early years, it is now identified with the nation it serves. Milner suggests that this remarkable metamorphosis may have been brought about by the coalescing of the visions of the navy, the nation, and the state. How long this will continue remains for the next century to determine. --Based on extensive archival research and interviews, Canada's Navy: The First Century is a comprehensive examination, certain to provoke discussion, of a body with a rich and fascinating history. This book will appeal not only to readers of Canadian history and naval affairs, but also to those interested in the interwoven issues of maritime politics and economics, as well as national and foreign policy, and defence and strategic studies."---, any image directly beside this listing is the actual book and not a generic photo