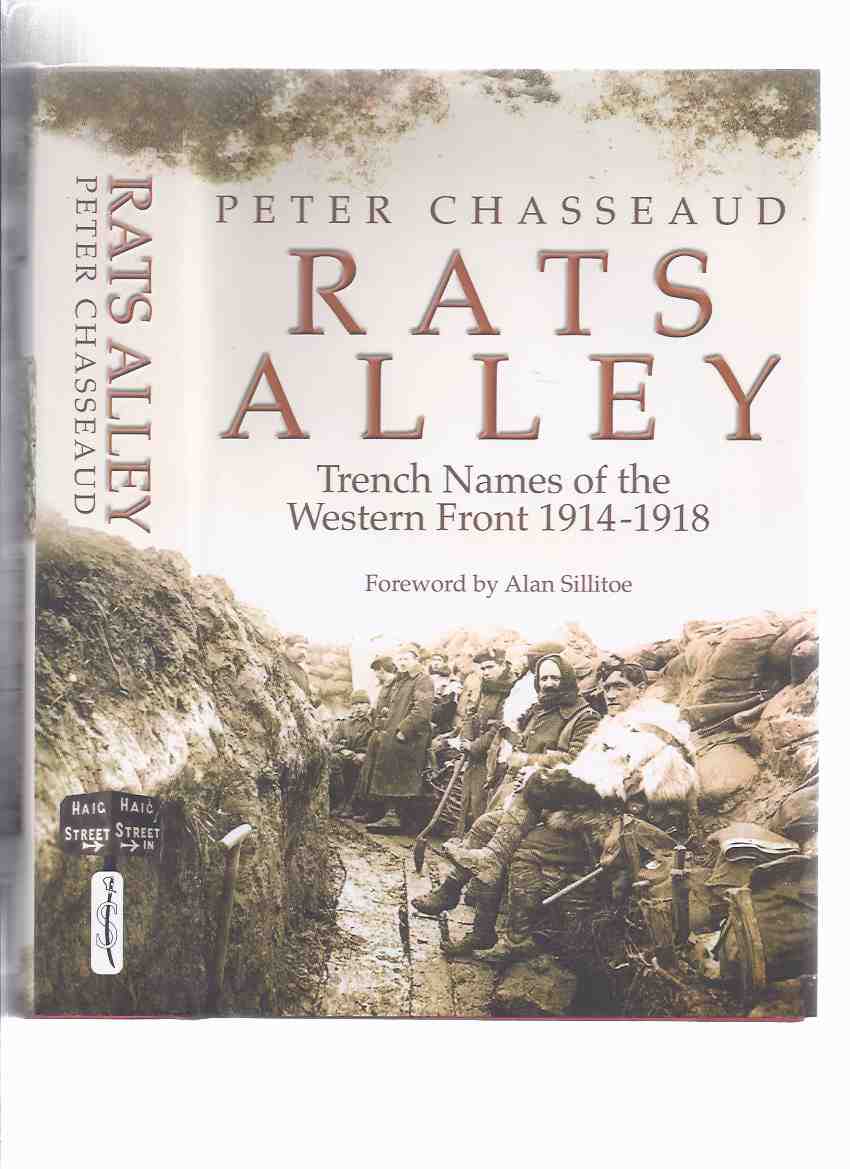 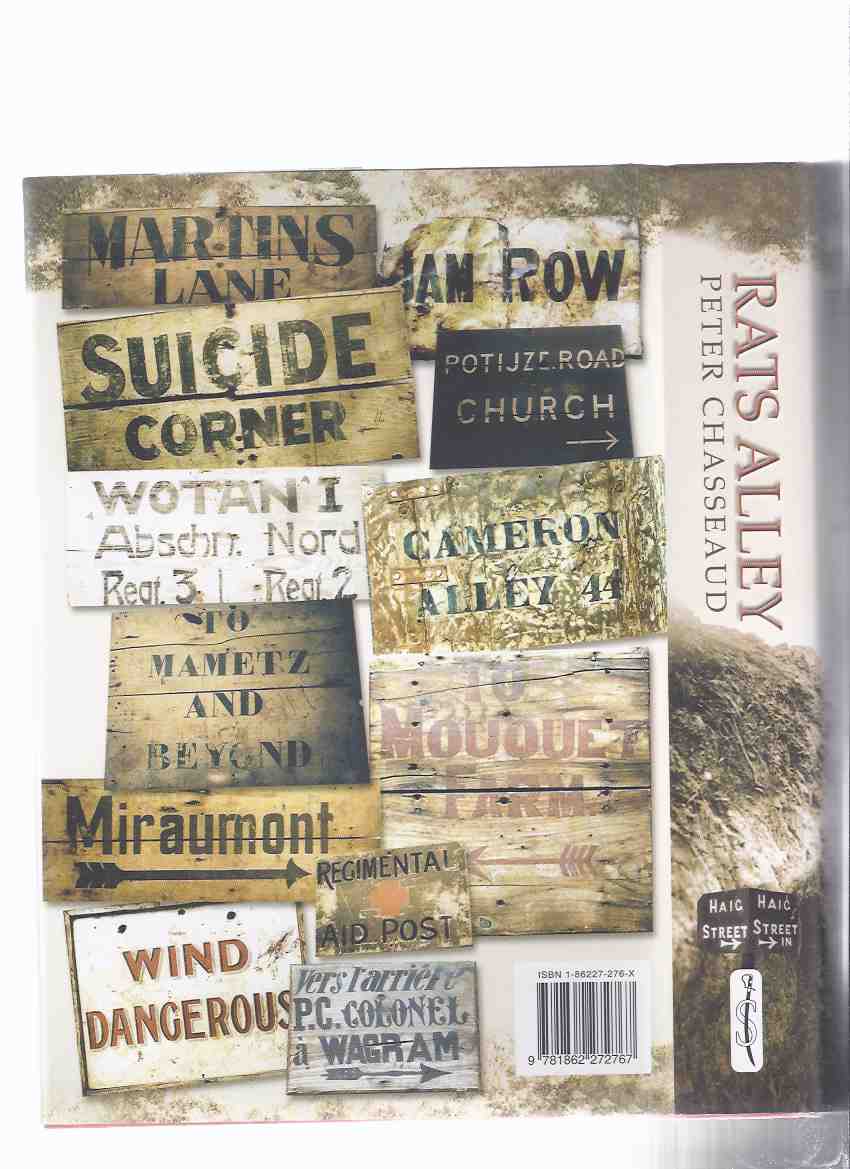 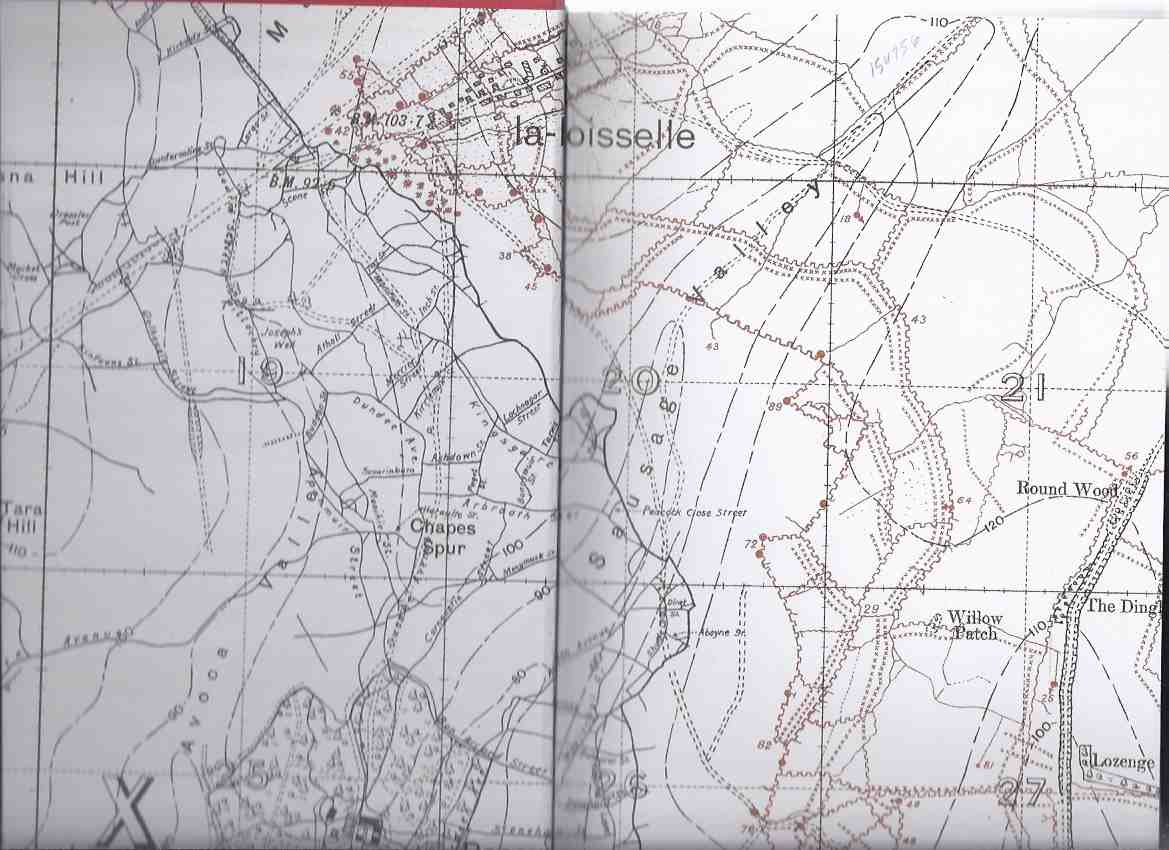 -----------hardcover, a lovely Near Fine/Fine copy in a Near Fine/Fine dustjacket, most copies went to libraries, this is NOT exlibrary, 416 pages, b&w photos and maps, map endpapers, ---"The naming of the trenches became general practice during the winter of 1914-15 and these names soon appeared on the embryonic trench maps which were produced in ever growing numbers during the later stages of the war-the British producing some 20 million large-scale maps in all. This fascinating book lists each trench name-and the names of any places, camps, localities, and installations associated with them, their significance, and how to find them with the relevant Map References."---from the front flap: "---the first ever study of trench names of the Western Front and also provides a gazeteer of over 10,000 trench names, complete with map references. Looked at from the point of view of contemporary military givers and users of the names, and from a modern cultural studies angle, the names reveal the full horror of trench warfare as well as throwing an extraordinary sidelight on the cultural life of the period and the landscape and battles of the Western Front. This book now makes it possible via trench naming, the daily life in the trenches, the vast range of weaponry and the lethal nature of the titanic battles. Names such as Lovers Lane, Lavender Walk, Idiots Corner, International Trench, Nonsense Trench, Chaos Trench, Cyanide Trench, Crazy Redoubt, Howl Trench, Unbearable Trench, Doleful Post, Furies Trench, Peril Avenue, Hazard Trench, Lunatic Sap and Gangrene Alley can be placed in context, as can the reason the French called German Trenches Tranchee des Homosexuels, Boyau du Harem and Boyau des Eunuques. Starting with a brief examination of the philosophy of naming, the book looks at the Historical and cultural background of warfare ---. ---how and why trench names were first introduced ---how they developed ---British trench naming, it also includes a comparative element by looking at French and German practice. The gazetteer of 10,000 trench names is displayed, with columns for name, map-sheet and grid references on the British 1914-18 syste, thus enabling readers to identify precise locations on copies of trench maps which are now easily available. The book includes useful information on where original trench maps are held, and how to obtain copies."---, any image directly beside this listing is the actual book and not a generic photo