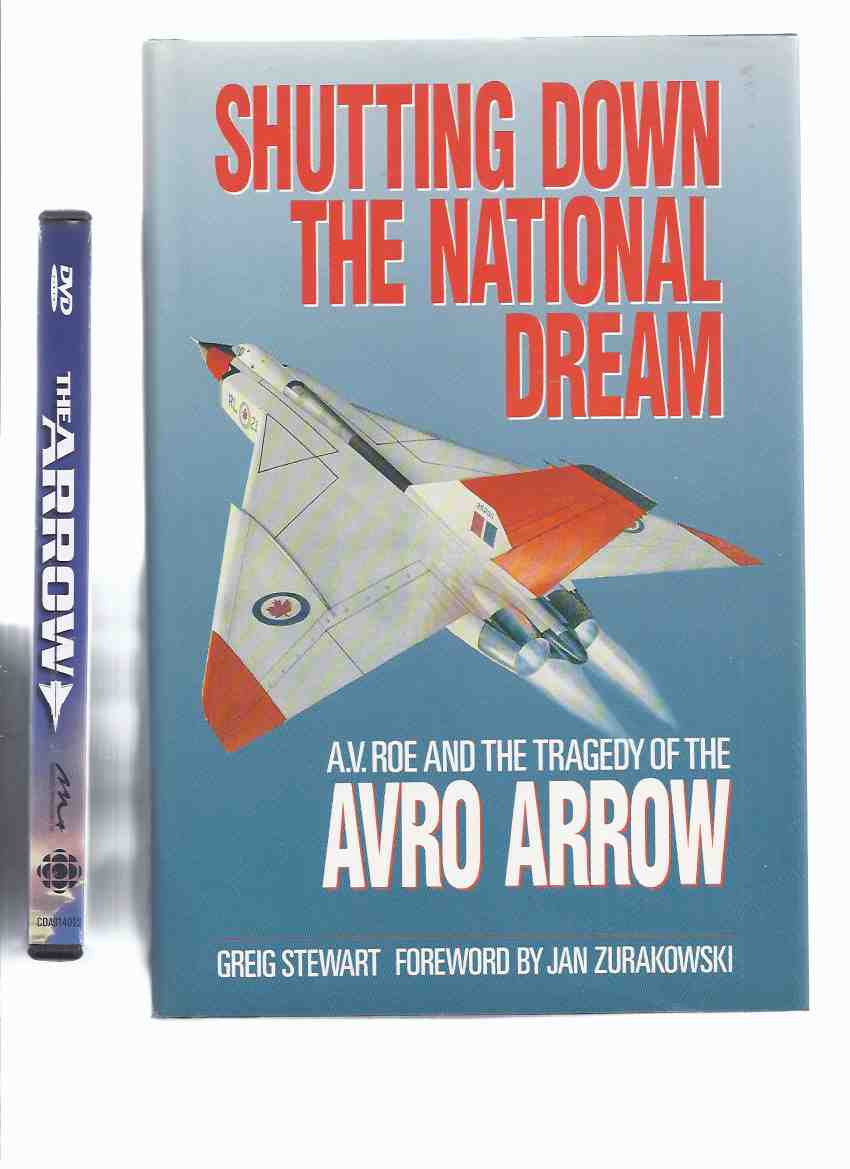 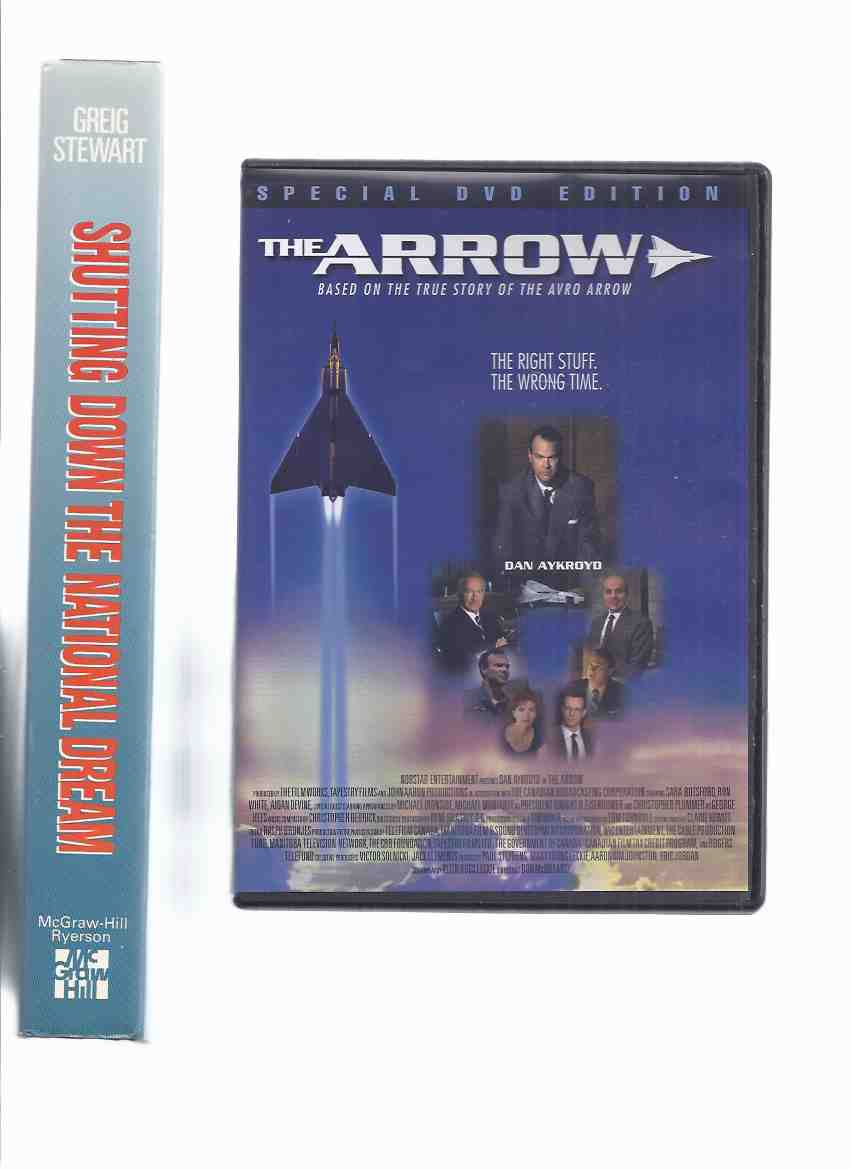 -----------2 ITEMS (ONE SHIPPING CHARGE), , one book plus the 3 hour movie (on DVD) of the CBC production starring Dan Ackroyd, Christopher Plummer, Michael Ironside, et al, the DVD is Fine in a Fine slipcase/DVD holder, ---as well as a hardcover by Greig Stewart, a Near Fine copy in a Near Fine dustjacket, 320 pages, b&w photos, ---"The Avro Arrow was Canada's pride and joy, a sophisticated piece of aviation technology that would have, had it gone beyond the prototype stage, set the world of aviation on its ear. Sadly, on February 20, 1959, PM John Diefenbaker cancelled the arrow program and had all six existing planes scrapped. Shutting Down The National Dream by Greig Stewart vividly recounts the dream of A.V. Roe Canada, Avro Aircraft and Orenda Engines that became the dream of millions. Full of charismatic personalities, the unabashed love of a nation, the determination of chief designer Jim Chamberlin and a tragic string of governmental errors, this was a dramatic story that led to heartbreak and disillusionment. In the words of Jan Zurakowski, legendary test pilot: "They can torch an aircraft but they can't destroy hope, aspiration and the majesty of the questing spirit. "---, any image directly beside this listing is the actual book and not a generic photo

Title: Shutting Down the National Dream: A V Roe and the Tragedy of the AVRO ARROW ---by Greig Stewart ---with The ARROW: Based on the Story of the AVRO ARROW, DVD / Movie with Dan Ackroyd / Christopher Plummer

Keywords: Avro Arrow, Shutting Down the National Dream: A V Roe and the Tragedy of the AVRO ARROW, Stewart, Greig with A foreword By Jan Zurakowski