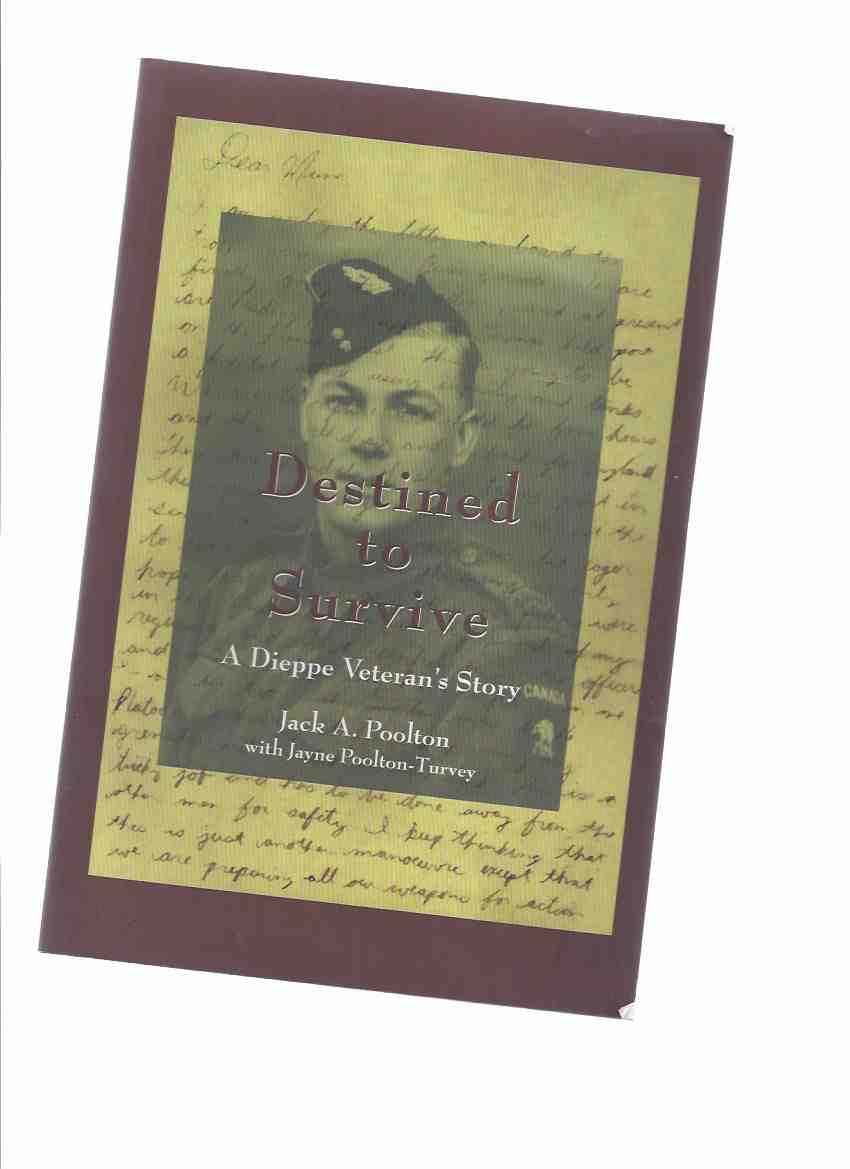 -----------softcover, about 6 x 9 inches, a Very Good+ copy, a wee bit of light rubbing,, very slight curl at lower corner of front cover, signed by Jack Poolton, 144 pages, b&w photos, ---"Private Jack Poolton was among the Canadians landing at the disastrous raid on Dieppe. Fortunate to have survived, Jack was taken to a prisoner of war camp in Germany. In Destined to Survive: A Dieppe Veteran’s Story, Jack Poolton relates the story of his training, capture, and experiences in the POW camp. We follow Jack’s three escape attempts, and his subsequent punishment. And we share his elation when Jack and his fellow prisoners are liberated by American soldiers. --Poolton and the other POWs never lost their desire to escape. Throughout the ordeal, Jack dreamed of one day celebrating the end of the war, and an allied victory. He eventually celebrated V-E Day in England. --Written as a tribute to the fifty-fifth anniversary of the Dieppe Raid, Destined to Survive is an extraordinary contribution to Canadian military history. Poolton’s honest prose reveals the emotions of a man devoted to King and country, and determined to survive at all costs. The gripping account brings the reader to a new understanding about soldiers, prisoners, and war."---, any image directly beside this listing is the actual book and not a generic photo..