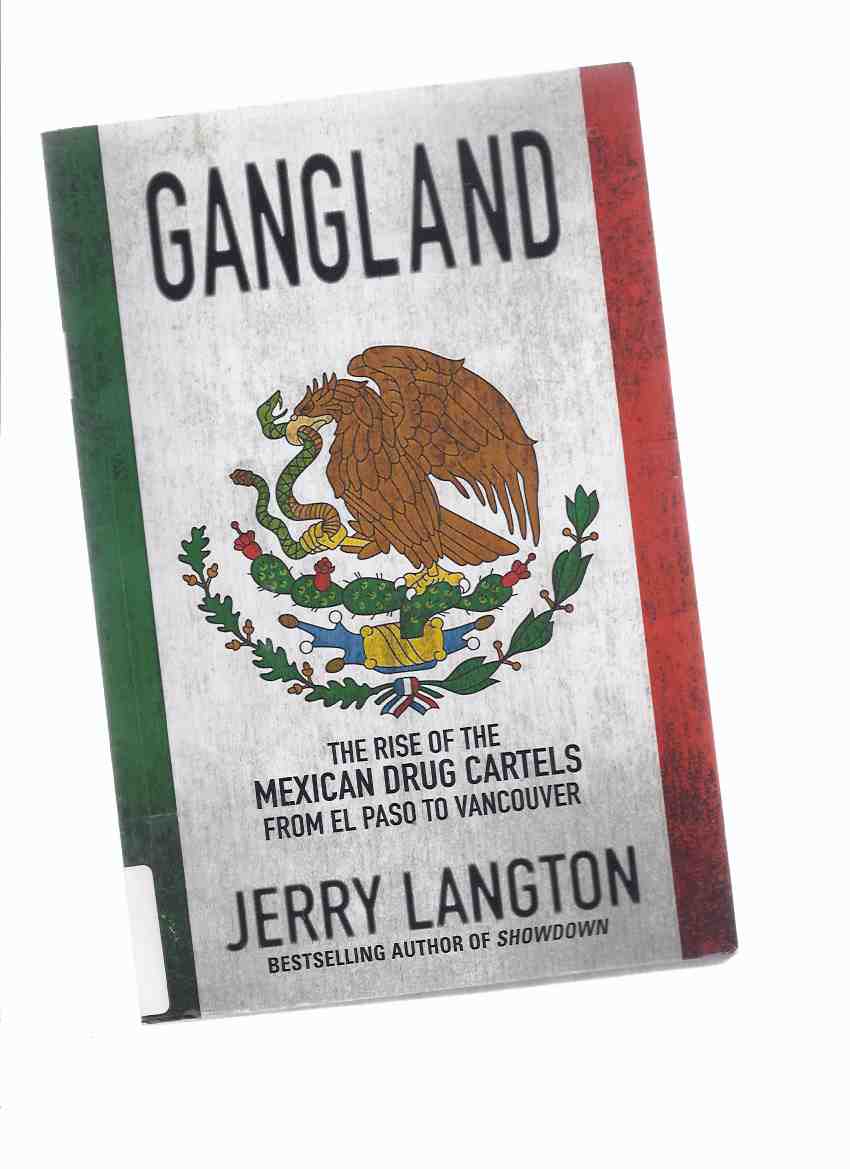 ---------trade paperback, about 6 x 9 inches, a Good only exlibrary copy, usual library marks and stamps, some edge and cover wear, still a solid copy, 276 pages, b&w photos, ---"A frightening look at Mexico's new power elite—the Mexican drug cartels ---The members of Mexico's drug cartels are among the criminal underworld's most ambitious and ruthless entrepreneurs. Supplanting the once dominant Colombian cartels, the Mexican drug cartels are now the major distributor of heroin and cocaine to the U.S. and Canada. Not only have their drugs crossed north of the border, so have the cartels (in 2009, 230 active Mexican drug cartels have been reported in U.S. cities). In Gangland, bestselling author Jerry Langton details their frightening stranglehold on the economy and daily life of Mexico today—and what it portends for the future of Mexico and its neighbours. Offering a firsthand look from members of law enforcement, politicians, journalists, and people involved in the drug trade in Mexico and Canada, Gangland sheds a harsh light on the multibillion dollar industry that is the drug trade, the territorial wars, and the on-the-street reality for the United States, with the importation of narco-terrorists. With the unstinting realism and keen analysis that have made him an internationally respected journalist, Langton offers the bleak prospects of what a collapsed government in Mexico might lead to—a new Mexican warlord state not unlike Somalia. Details the emergence of the Mexican drug cartels—the transformation of middlemen who ferried drugs from Bolivia and Colombia to the U.S. and Canada into self-styled entrepreneurs ---Describes how the growth of the cartels led to violent territorial wars—with Felipe Calderon declaring war on the cartels in 2006 ---Offers a frightening look at how much the incursion of the drug cartels has affected American life and business—Wachovia and Bank of America have been found guilty of laundering cartel profits ---An unflinching examination of the world's most lucrative—and deadliest—drug cartel, Gangland lets readers explore, with brutal clarity, the newest front on America's latest war."---, any image directly beside this listing is the actual book and not a generic photo