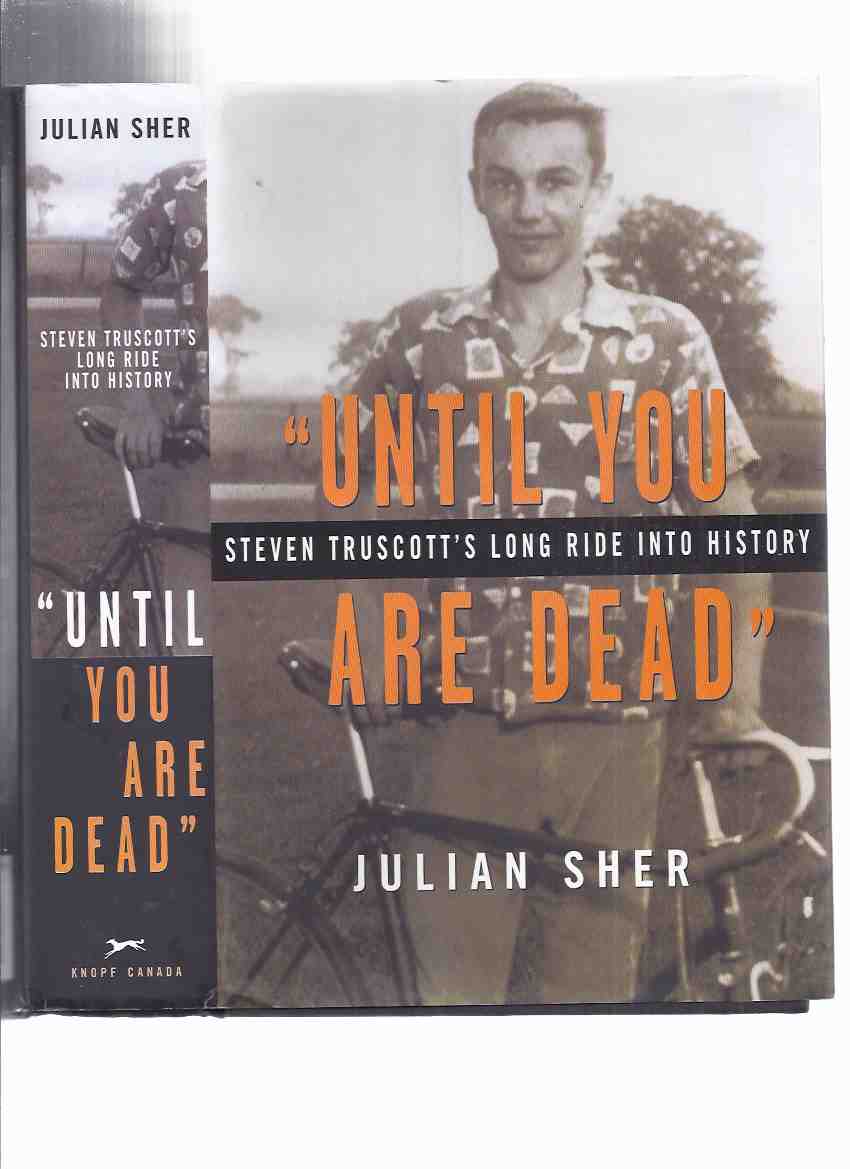 ------------hardcover, a Near Fine copy in a Near Fine dustjacket, signed and inscribed "To J___ Thank you for your support. Steve Truscott ", 580 pages, b&w photographs throughout, expands the CBC TV Fifth Estate documentary, Sher was the producer for that show and expanded the story with this book and includes evidence that was withheld during the trial, Truscott now lives in Guelph Ontario, ---"---Talk to anyone you find, investigate wherever things lead you. I know I'm innocent and I’m not afraid of what you’ll turn up. Until You Are Dead chronicles the loss of Canada’s innocence. Prior to June 11, 1959, Canadian parents could allow their children to play outdoors, unsupervised, in places children traditionally love: schoolyards, fields and nearby swimming holes. But on that hot summer day, when the body of a twelve-year-old girl turned up in a woody area near Clinton, Ontario, that innocence was shattered. The girl’s name was Lynne Harper and she had been raped and murdered. The summer was barely over before a popular schoolboy named Steven Truscott, fourteen years old at the time, was tried, convicted and sentenced to hang. Truscott spent ten years in prison after the federal cabinet commuted his death sentence. He has always maintained his innocence. His trial in 1959 was the most famous and controversial in Canadian history. As a producer at CBC TV’s the fifth estate, Julian Sher spent two years investigating the Steven Truscott story for an explosive documentary. When it aired in the spring of 2000, more than 1.4 million Canadians watched the program that sparked headlines across the country and questions in Parliament. Now, in this gripping and shocking account, Sher gives us the full story of that investigation, including new material not revealed on television. From the news that a young girl had gone missing in 1959 to the efforts four decades later by lawyers - those who assisted Guy Paul Morin and others - preparing an application to the federal justice minister for a verdict of wrongful conviction, this is a thorough and chilling examination of the case that rocked the country, and the man who continues to reside at its centre. When Steven Truscott decided to come out of hiding and tell his story to the fifth estate, there were no deals, no commitments, no promises. If Sher and the fifth estate were to investigate one of Canada’s most controversial murder cases, they had to have unfettered access. Truscott readily agreed. "Until You Are Dead” reveals witnesses not called upon to testify; other, more likely suspects, including a known pedophile, never questioned; and important leads that were kept from the defence, the judge and jurors. Boxes of police files and military records hidden or buried in government vaults reveal astonishing and disturbing information about an investigation and trial the authorities always claimed was above reproach. All told, the book uncovers a wealth of information that could have lead to a different verdict and a very different life for the young boy who was nearly executed over forty years ago. "---, any image directly beside this listing is the actual book and not a generic photo

Title: Until you are Dead --- Steven Truscott's Long Ride Into History ---by Julian Sher ( SIGNED By STEVEN TRUSCOTT )