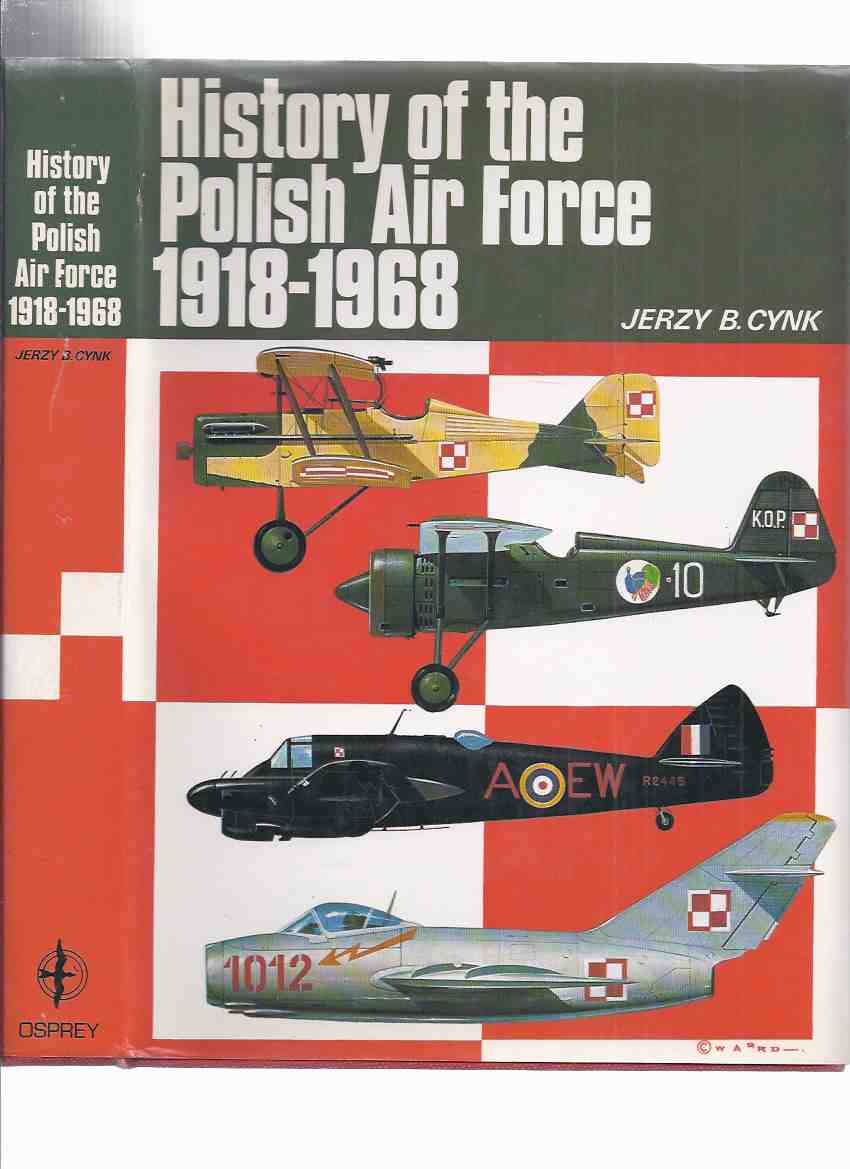 ----------hardcover, about 7.5 x 10 inches, a Near Fine copy in a lightly rubbed Near Fine dustjacket, 307 pages, b&w photos, ---"This detailed account of the Polish Air Force — its birth in revolution, its brief but heroic period as the air arm of an independent nation, and its present status as one of the principal weapons in the armoury of the Soviet bloc — fills a serious gap in published aviation history. It is the first complete coverage of the subject to appear anywhere in the world. --The survey is divided into six parts: the birth of the Polish Air Force, up to 1918; the P. A. F’. s part in the fight for Poland’s independence, 1918-20; the inter-war developments, 1921-39; the air war over Poland, September 1939; the P. A. F. contribution to the Allied cause in France and Britain, 1940-45; and the P. A. F. of the Polish People’s Republic, 1943 to the present. In addition extensive appendices list data on aircraft supplies and equipment strength, operational records, commanders, bases, and losses and air victories in the two world wars. 250 photographs provide a unique record, and are of special interest to students of the early years of European aircraft. --Based on much information new to the West, exhaustively documented, and written with admirable objectivity, it amounts to more than a history of an air force. The author has taken such trouble to explain the historical, social and economic background that it becomes an important contribution to the history of Poland itself, and a commentary on the socio-political problems of air technology which are just as applicable today "---, any image directly beside this listing is the actual book and not a generic photo