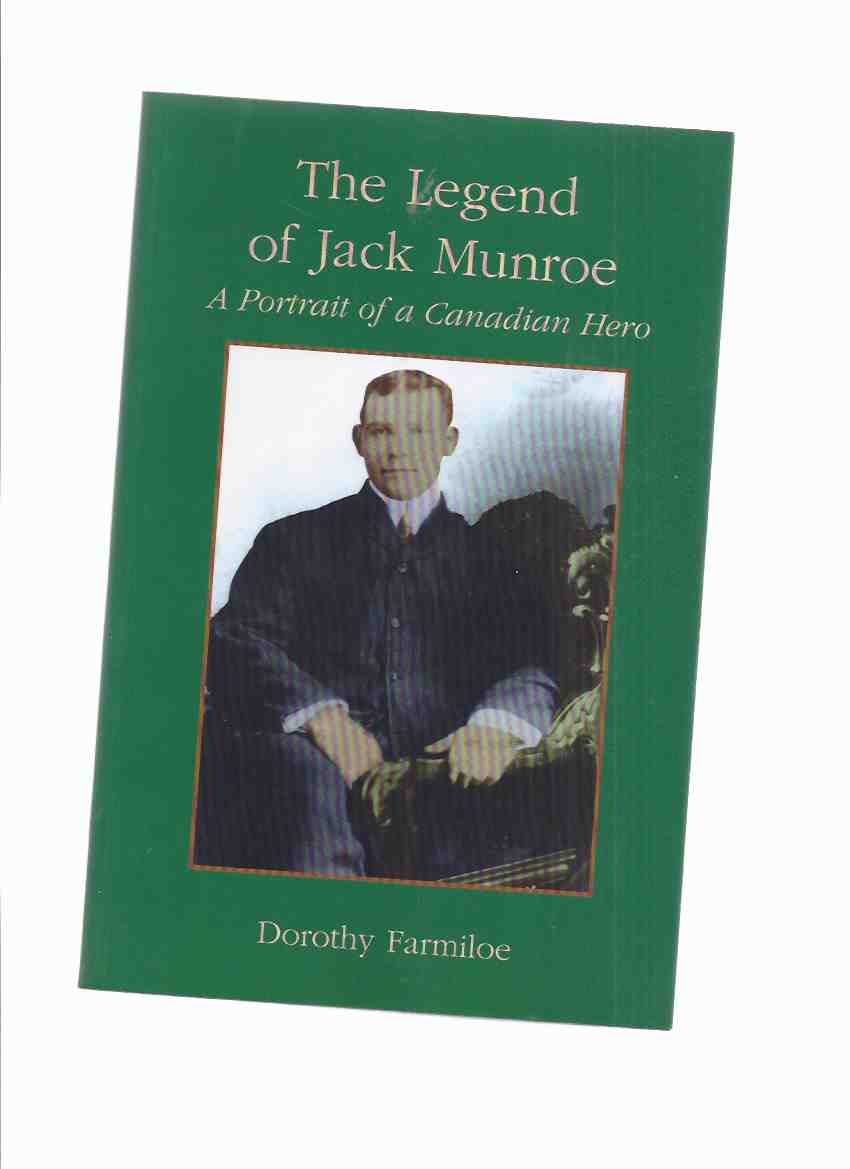 ----------softcover, about 6 x 9 inches, a Near Fine copy, signed by the author, 250 pages, b&w photos, ---"Jack Munroe, the man who saved Golden City, was no ordinary hero. A prospector himself and a reputed mining engineer, he was also a famed football star and the amateur boxing champion of the American West Coast. This is the story of his life --Jack Munroe was a legendary character. He was a man of heroic proportions; the savior of Golden City, a World Class heavyweight boxer, a millionaire prospector, a writer, a soldier, and the man whose collie was the inspiration for Lassie. Munroe came from humble roots in Cape Breton. A natural athlete and adventurer, he went west in search of gold. In Montana a chance exhibition boxing match lead to a boxing career, and his record included heavyweight bouts against the World’s best, Champion J.J. Jefferies and Jack Johnson. It made him an international celebrity. But his true passion was prospecting, and his successes in Northern Ontario only added to his reputation. --When war was declared in 1914 he gave it all up, and enlisted as a Private in the Princess Patricia’s Canadian Light Infantry. He brought his faithful collie with him, and ‘Bobbie Burns’ went to war as the first Regimental mascot of the ‘Patricias’. Munroe survived the destruction of his Regiment at Bellwaerde Ridge in 1915, only to have his war ended by a sniper’s bullet a few months later. --Severely disabled by his wounds, Munroe was repatriated to Canada, and he returned to his true love, prospecting in Northern Ontario. In Jack Munroe, Canada’s Forgotten Hero Dorothy Farmiloe has resurrected the long-forgotten story of this exceptional Canadian."---, any image directly beside this listing is the actual book and not a generic photo

Keywords: The Legend of Jack Munroe: A Portrait of a Canadian Hero ---by Dorothy Farmiloe -a Signed Copy ( Porcupine, Ontario Fire of 1911 ), Lassie Collie Dog,