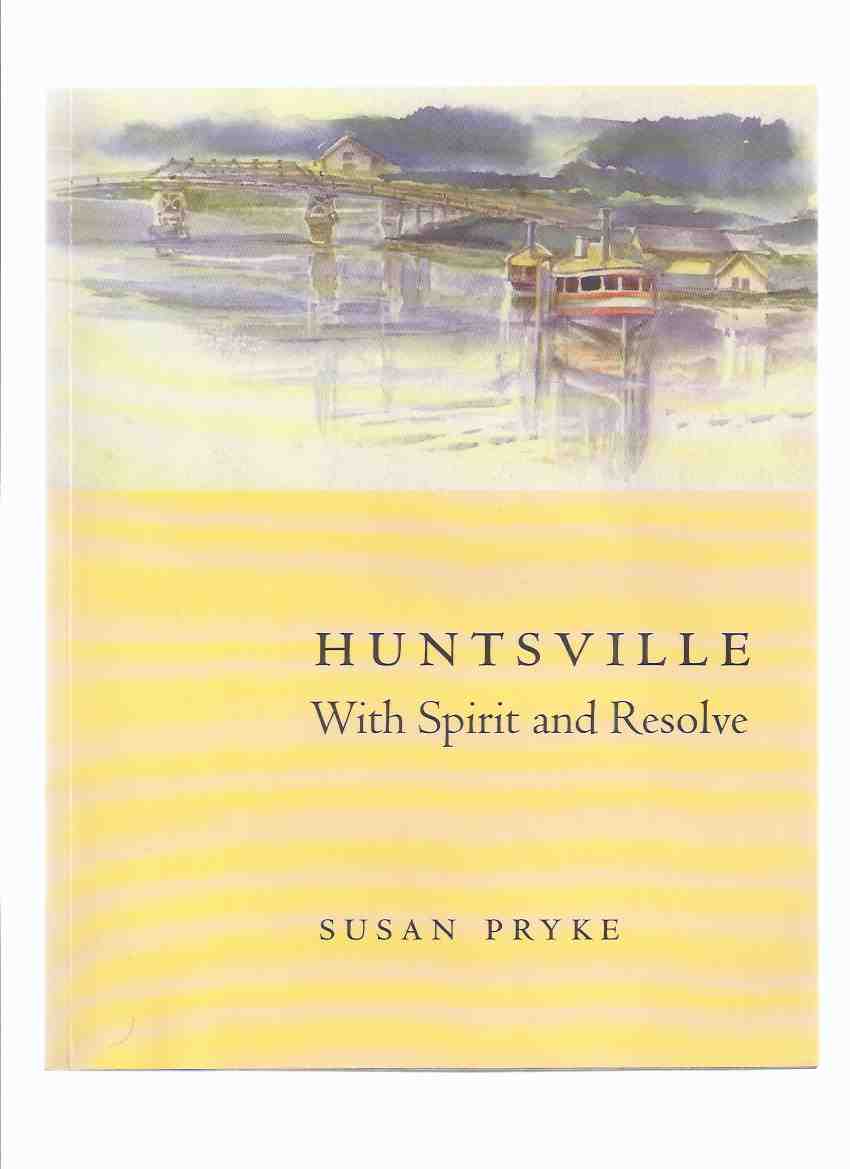 ----------softcover, about 7.75 x 9.75 inches, a Near Fine copy, blank white labels on verso of front cover used to cover an old inscription, this copy has been signed by PRYKE without inscription, 255 pages, packed with b&w photos many of which are taken from old postcards, ---"When Huntsville became world-famous in 2011 as host community for a gathering of leaders from the "Group of Eight" major countries, that added another colourful chapter to the town's remarkable history. As author Susan Pryke engagingly relates in this history of north Muskoka's dominant community, the town's story has many chapters, some dark and others triumphal, but all making up a rich tale of characters interacting "with spirit and resolve" in the circumstances of their time and place. Huntsville never had an easy time during its formative decades. Founded in the 1860s amid picturesque lakes and rolling wooded hills of northeastern Muskoka, the village struggled in competition with nearby settlements. The 1886 arrival in town of the railway brought major industry, however, and soon the local economy was humming thanks to transportation and surrounding abundant timber resources. Other communities, not on the rail line, faded. With Huntsville's future assured, the settlement was incorporated as a village – only to burn down eight years later. The spirited and resolute citizens rebuilt, this time using brick instead of wood. Yet even so, they had to cope in the years that followed with a world war, the Great Depression, another world war, industry upheaval, and a constant battle to secure their share of the lucrative and growing Muskoka tourism trade. The author, aided by a team of volunteer researchers who combed old newspaper files and other records for interesting accounts, plus dozens of well-placed period photographs throughout the text, entertains while educating her readers. Pryke traces with a rich array of data, moving stories, and her intelligent affection for the area she grew up in, how time and again Huntsville's energetic townspeople overcame challenges to make it onto the national and even the world scene, prior to G8, with such achievements as an early form of medicare, a first-rate band, a thriller ski-jump, one of the largest leather tanneries in the British Empire, the world's "shortest commercially operated railway," and a series of splendid Depression-bashing winter carnivals. Her vivid account brings the story of Huntsville up to mid-20th century."---, any image directly beside this listing is the actual book and not a generic photo ///SIGNED ---GUARANTEED to be AVAILABLE///