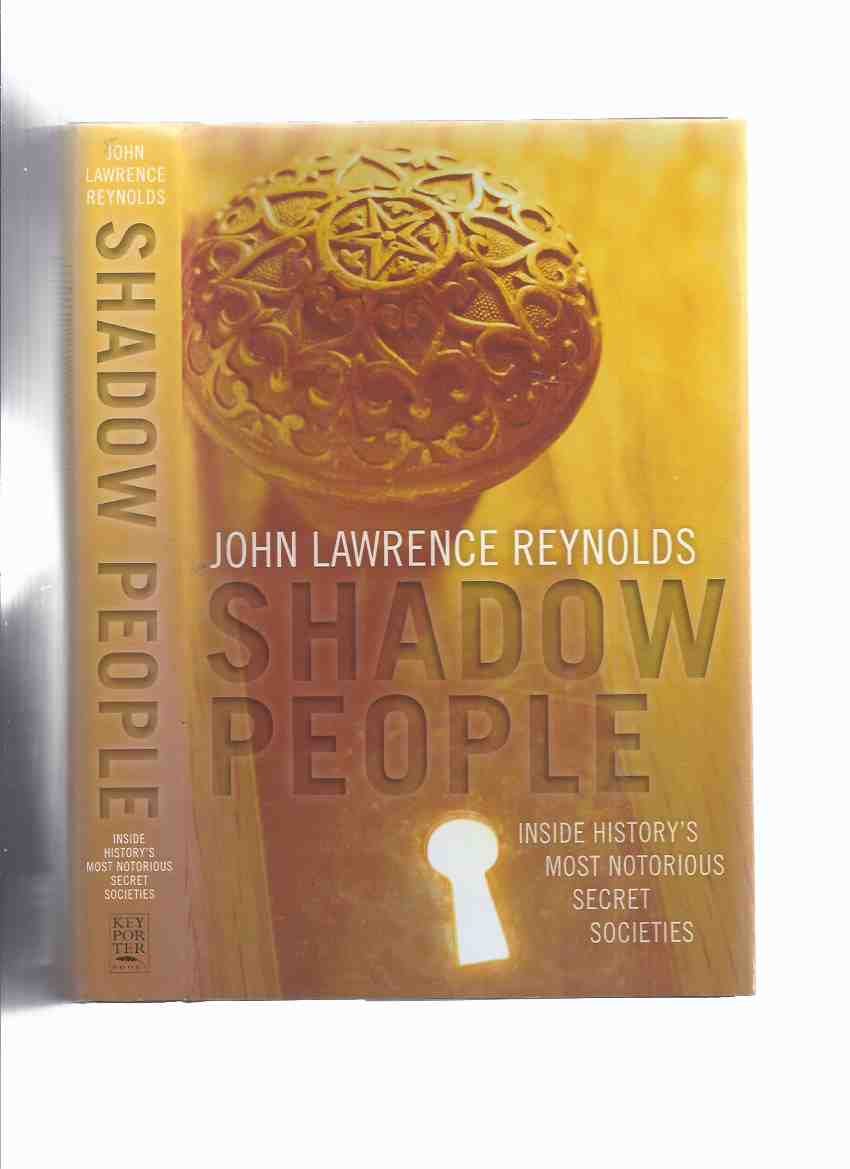 ---------hardcover, a Near Fine copy in a Near Fine dustjacket, 320 pages, b&w photos and illustrations, ---"Roving from the parched wadis of the Middle East, to an isolated farmhouse in rural Quebec, to the crowed boutiques of Beverly Hills, master storyteller and award-winning writer John Lawrence Reynolds explores the most notorious secret societies in history, probing their origins and activities, and revealing secrets maintained and distorted over hundred of years. --Reynolds peels away the layers of speculation, paranoia and fear, and shines a brilliant light on individuals and organizations that have generated suspicion and terror over several centuries. He treats the reader to a behind-the-scenes look at rituals and initiations, artifacts and secret signs, influences and dangers. And in the telling, he uncovers a rogue?s gallery of assassins, con artists, thieves, racists, drug smugglers, adulterers, pranksters and crooks. --But where does the truth lie? Does global power actually control the election of world leaders? Has an ancient mystical religion really been reduced to a length of red string selling for a dollar an inch? Are some secret societies little more than a group of boys playing at secret handshakes? From the Assassins to the Yakuza, from Freemasons to Bonesmen, shadow people and their secrets have flourished throughout history. Some fear them, some dismiss them, but everyone is fascinated by them. Secret societies fuel our imagination, and their shadows continue to fall across our daily lives. --explores the truth behind the hushed mysteries of history`s notorious secret societies. From the Skull and Bones to the Casa Nostra to the mysterious Druids, bestselling author John Lawrence Reynolds takes the reader on a guided tour of history`s most infamous secret societies. Explores the unique characters, events, and influences of the best known, and often least understood, secret societies. He offers stunning new revelations about their origins, their creators, and their activities. --Secret societies have flourished throughout history, capturing the public`s imagination and generating fear, suspicion, and above all fascination. The popularity of novels like The Da Vinci Code and The Rule of Four are a testament to our fascination with them. Reynolds treats the reader to a comprehensive, behind-the-scenes look at the origins and history, rituals and initiations, artifacts and secret signs, and languages and famous members of the most notorious secret societies of all time."---, ---chapters include: Introduction - Fools, Fears and fanatics; The Assassins; Templars, Illuminati and Freemasons; Priory of Sign -Keepwers of the Holy Grail; Druids and Gnostics; Kabbalah -Origins of the Apocalypse; Rosicrucians -The Pursuit of Esoteric Wisdom; Triads - Cultural Criminals; The Mafia and Cosa Nostra; Yakuza; Wicca -The Great Goddess and the Horned God; Skull and Bones -America's Secret Establishment; Secret Societies in Popular Culture; Critics, Alarmists and Conspiracy Theorists; Afterword - Of Demons and Baloney, any image directly beside this listing is the actual book and not a generic photo