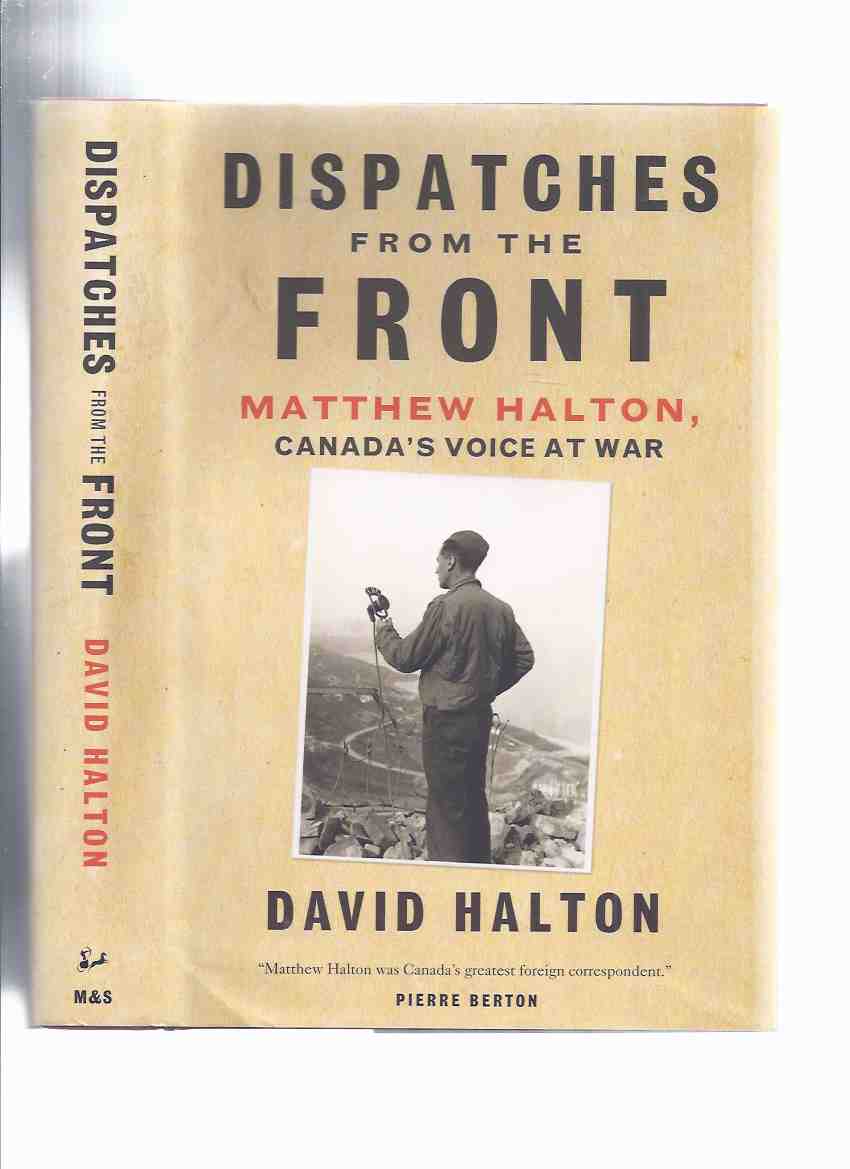 ---------hardcover, a Near Fine copy in a Near Fine dustjacket, 344 pages, b&w photos, ---"As senior war correspondent for the Canadian Broadcasting Corporation during the Second World War, Matthew Halton reported from the front lines in Italy and Northwest Europe and became “the voice of Canada at war.” His gripping, passionate broadcasts chronicled the victories and losses of Canadian soldiers and made him a national hero. --Born in Pincher Creek, Alberta, in 1904, Halton was to achieve the fastest ever ascent in Canadian journalism. A year after joining the Toronto Daily Star as a cub reporter, he was in Berlin to write about Adolf Hitler’s seizure of power and – long before most other correspondents – to begin a prophetic series of warnings about the Nazi regime. For more than two decades, he witnessed first-hand the major political and military events of the era. He covered Europe’s drift to disaster, including the breakdown of the League of Nations, the Spanish Civil War, the sellout to Fascism at Munich, and the Nazi takeover of Czechoslovakia. Along the way he interviewed Franklin Delano Roosevelt, Hermann Göring, Neville Chamberlain, Charles de Gaulle, Mahatma Gandhi, and dozens of others who shaped the history of the century. --In Dispatches from the Front, acclaimed former CBC correspondent David Halton, Matthew’s son, also examines his father’s often tumultuous personal life. He unravels the many paradoxes of his person­ality: the war correspondent who loathed bloodshed yet became addicted to the thrill of battle; the loner who thrived in good company; and, in some ways most puzzling of all, the womanizer with a deep and enduring love for his wife. Drawn from extensive interviews and archival research, this definitive biography is a captivating portrait of the life of one of Canada’s most accom­plished journalists. "---, any image directly beside this listing is the actual book and not a generic photo