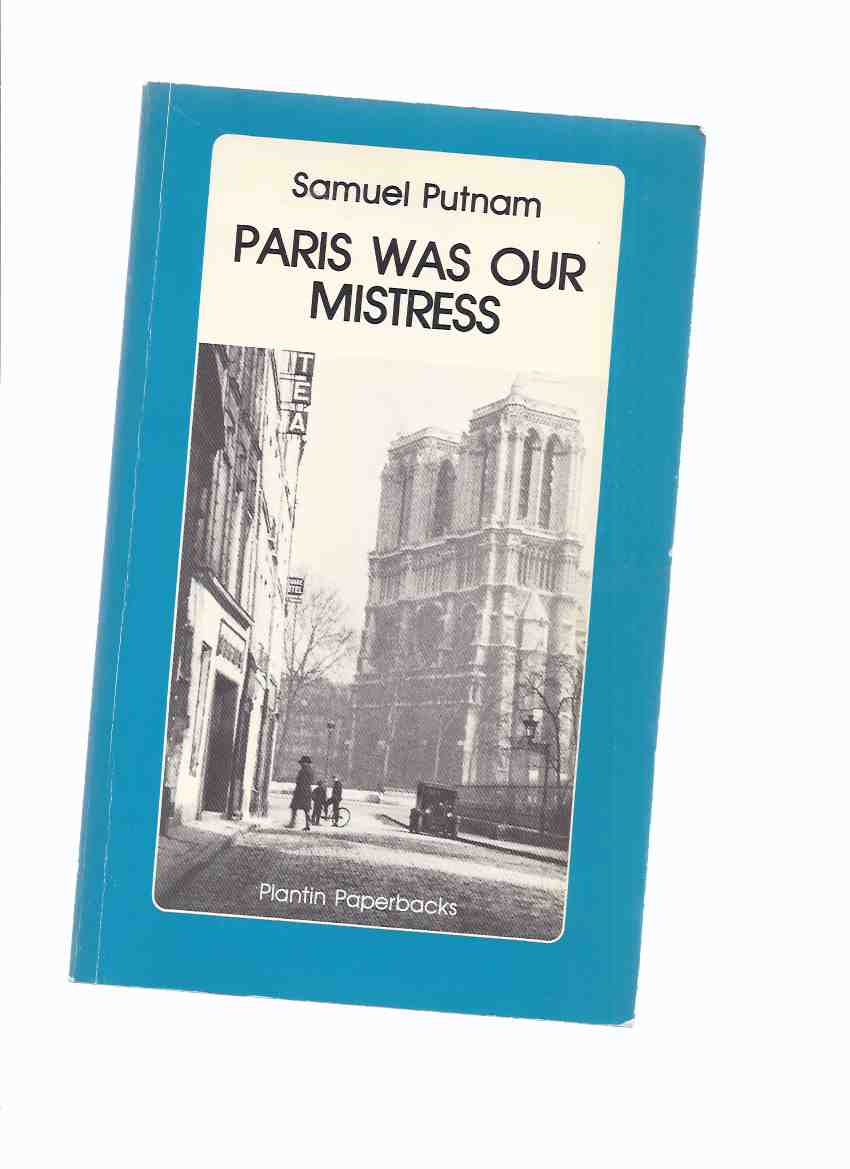 Paris Was Our Mistress: Memoirs of a Lost and Found Generation -by Samuel Putnam

----------trade paperback, about 5.5 x 9 inches, a Very Good+ copy with a bit light wear and rubbing, a tight square copy, 264 pages, ---"Paris between the two world wars provided the setting for as fabulous a group of artists, poets and writers, of geniuses and charlatans, as ever lived in the same city at the same time. For dozens of Americans and others, these were the years of exile. Today many of their names are very much a part of our literary and artistic heritage, so what was it that made them exiles; what were the goals they sought; what sort of people were they and what kind of times produced them? Here is their story, written by an observant and witty member of the group who returned home to America in 1933 after a decade in Europe, seven years of which were spent in Paris. It gives the picture, too, of what happened after exile, what made those who did return return and what they brought with them. Among the exiles who walk these pages are Gertrude Stein, Ezra Pound, Elliot Paul and John Dos Passos. "---, and also Ernest Hemingway and Morley callaghan as well as a host of other literary luminaries, any image directly beside this listing is the actual book and not a generic photo

Title: Paris Was Our Mistress: Memoirs of a Lost and Found Generation -by Samuel Putnam

Keywords: Paris Was Our Mistress: Memoirs of a Lost and Found Generation -by Samuel Putnam

Paris Was Our Mistress: Memoirs of a Lost and Found Generation -by Samuel Putnam