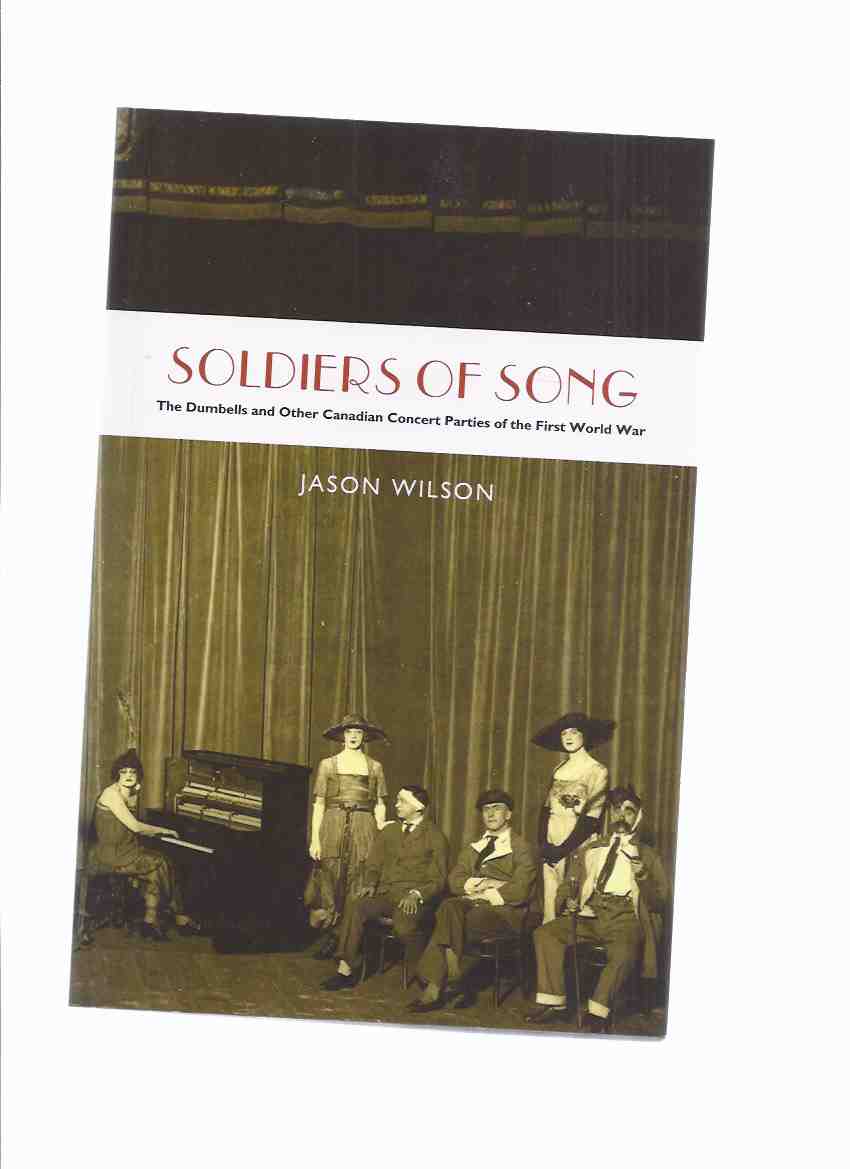 Soldiers of Song: The Dumbells and Other Canadian Concert Parties of the First World War -by Jason Wilson / Wilfrid Laurier University Press ( WWI )

-----------trade paperback, about 6 x 9 inches, a Near Fine copy, likely unread, 239 pages, b&w photos, ---"The seeds of irreverent humour that inspired the likes of Wayne and Shuster and Monty Python were sown in the trenches of the First World War, and The Dumbells?concert parties made up of fighting soldiers?were central to this process. Soldiers of Song tells their story. Lucky soldiers who could sing a song, perform a skit, or pass as a “lady,” were taken from the line and put onstage for the benefit of their soldier-audiences. The intent was to bolster morale and thereby help soldiers survive the war. The Dumbells’ popularity was not limited to troop shows along the trenches. The group also managed a run in London’s West End and became the first ever Canadian production to score a hit on Broadway. Touring Canada for some twelve years after the war, the Dumbells became a household name and made more than twenty-five audio recordings. If nationhood was won on the crest of Vimy Ridge, it was the Dumbells who provided the country with its earliest soundtrack. Pioneers of sketch comedy, the Dumbells are as important to the history of Canadian theatre as they are to the cultural history of early-twentieth-century Canada"---, any image directly beside this listing is the actual book and not a generic photo

Soldiers of Song: The Dumbells and Other Canadian Concert Parties of the First World War -by Jason Wilson / Wilfrid Laurier University Press ( WWI )