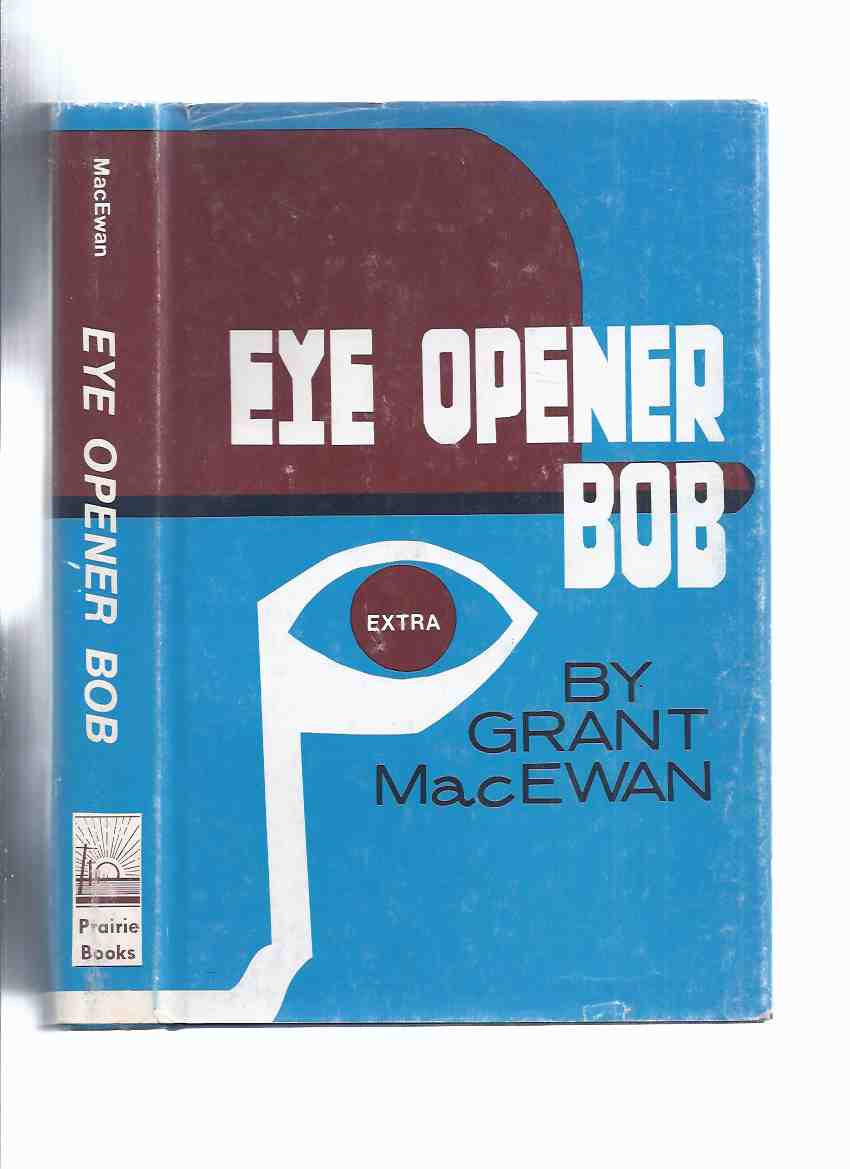 ----------hardcover, a Near Fine copy, in a lightly chipped and torn Good dustjacket, signed and inscribed by MacEwan, 207 pages, ---"there has since been no book that has brought to life early Calgary the way that Eye Opener Bob does. Perhaps more importantly, it's the closest we'll ever get to Robert Chambers Edwards Eye Opener Bob the irrepressible editor of Calgary's most singular newspaper, and the city's most singular denizen. Bob Edwards was a true Canadian original, the prototypical hard-drinking, pull-no-punches editor of the Calgary Eye Openerat the time the largest paper between Vancouver and Toronto, with a circulation of over 30,000 copies. A paper with the power to elect or dethrone governments, to bring the mighty CPR to reform its ways, and to skewer the pretensions of society like few before or since. Eye Opener Bob brings this fascinating character to life in all his glorious self-contradictions. MacEwan arrived in the city at just the right time to write Eye Opener Bob - the old Sandstone City hadn't yet been whitewashed over by the new money from the Leduc gusher, and there were still living people who had known Edwards. MacEwan ferreted out their stories as only he could do, combined the interviews with hard research, and the result is Grant MacEwan's best book by a country mile."---, any image directly beside this listing is the actual book and not a generic photo