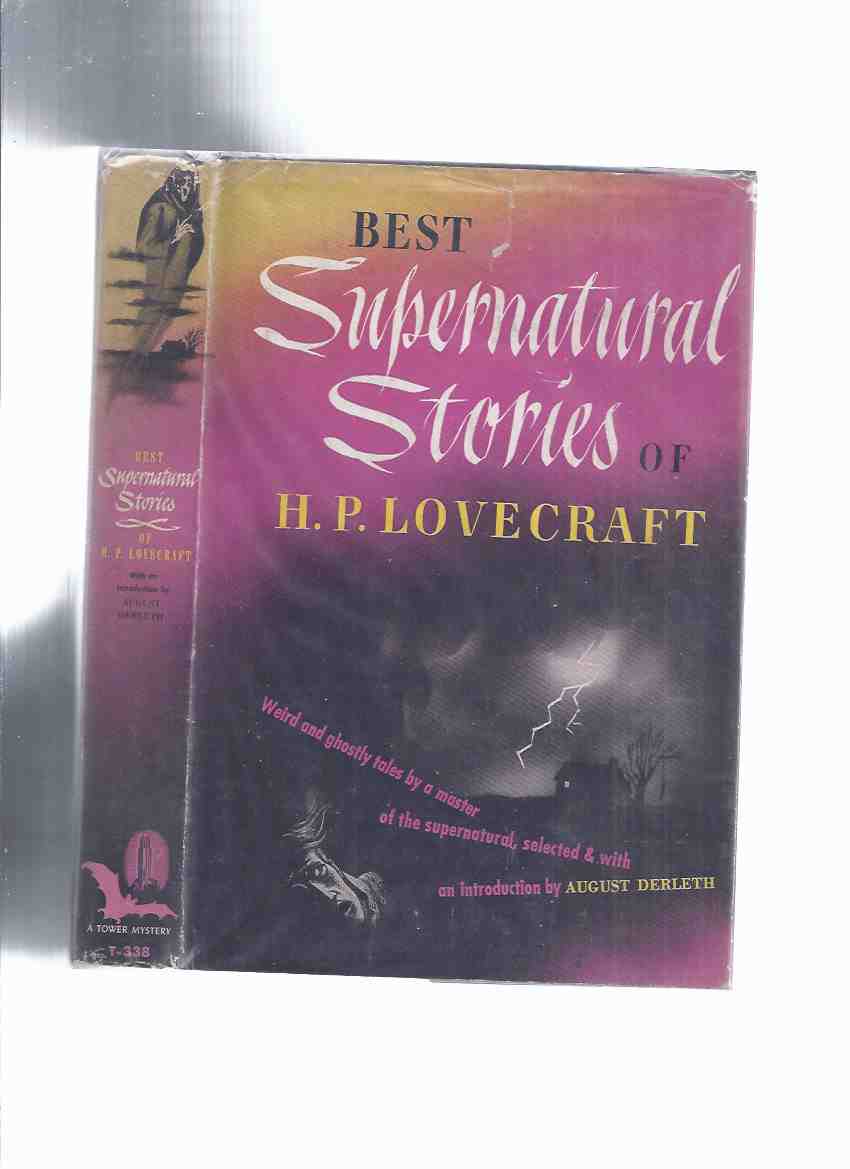 By: Lovecraft, H P ( Howard Phillips ); with an Introduction By August Derleth

----------hardcover, black boards with violet lettering on spine and violet bat symbol on front board, in an attractive Good dustjacket with some chips and tears, all 4 corners of the jaclet flaps have been clipped but the 049 code is still intact on the front flap so this variant jacket was issued by the publisher with the corners clipped (versus the other 2nd printing variant which was issued with all corners intact ), produced during WWII so a poor quality paper was used which is browned (as usually seen---in fact I've never seen a copy that didn't have browned pages), produced less than 10 years after HPL's death, ---this 2nd printing is one of two variant 2nd printings with different rear cover and rear flap advertising, this advertises mystery titles as well as non-mystery titles in the Tower series ( Pearl S Buck, Louis Bromfield, Kathleen Norris, Ring lardner, Christopher Morley, James T Farrell, etc) whereas the other variant advertises strictly mystery titles from the Tower series ( Dashiell Hammett; Raymond Chandler; Agatha Christie; Eric Ambler, Erle Stanley Gardner, etc), this collects: Something About HPL by Derleth; In the Vault; Pickman's Model; The rats in the Walls; The Outsider; The Colour Out of Space; The Music of Erich Zann; The Haunter of the Dark; The Picture in the House; The Call of Cthulhu; The Dunwich Horror; Cool Air; The Whisperer in Darkness; The Terrible Old Man; The Thing on the Doorstep, any image directly beside this listing is the actual book and not a generic photo ///NOT SIGNED///