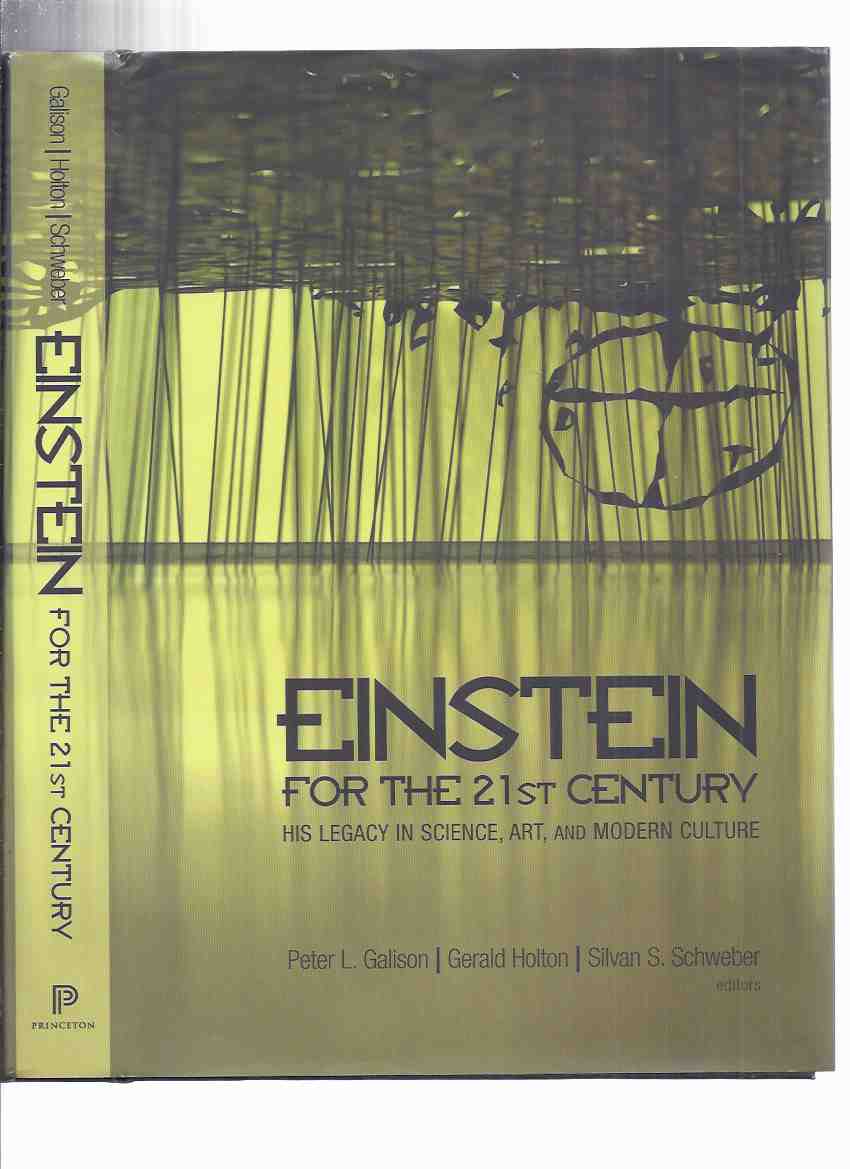 -----------hardcover, a Near Fine example, in a Near Fine dustjacket, faint crease on front flap, 363 pages, colour images and illustrations, ---"More than fifty years after his death, Albert Einstein's vital engagement with the world continues to inspire others, spurring conversations, projects, and research, in the sciences as well as the humanities. Einstein for the 21st Century shows us why he remains a figure of fascination. ---In this wide-ranging collection, eminent artists, historians, scientists, and social scientists describe Einstein's influence on their work, and consider his relevance for the future. Scientists discuss how Einstein's vision continues to motivate them, whether in their quest for a fundamental description of nature or in their investigations in chaos theory; art scholars and artists explore his ties to modern aesthetics; a music historian probes Einstein's musical tastes and relates them to his outlook in science; historians explore the interconnections between Einstein's politics, physics, and philosophy; and other contributors examine his impact on the innovations of our time. Uniquely cross-disciplinary, Einstein for the 21st Century serves as a testament to his legacy and speaks to everyone with an interest in his work."----TABLE OF CONTENTS: Introduction ix ---PART 1: Solitude and World -Chapter 1: Who Was Einstein? Why Is He Still So Alive? by Gerald Holton; Chapter 2: A Short History of Einstein's Paradise beyond the Personal by Lorraine Daston; Chapter 3: Einstein's Jewish Identity by Hanoch Gutfreund; Chapter 4: Einstein and God by Yehuda Elkana; Chapter 5: Einstein's Unintended Legacy: The Critique of Common-Sense Realism and Post-Modern Politics by Yaron Ezrahi; Chapter 6: Subversive Einstein by Susan Neiman; Chapter 7: Einstein and Nuclear Weapons by Silvan S. Schweber ---PART 2: Art and World -Chapter 8: Einstein and 20th-Century Art: A Romance of Many Dimensions by Linda Dalrymple Henderson; Chapter 9: Rendering Time by Caroline A. Jones; Chapter 10: Into the Bleed: Einstein and 21st-Century Art by Matthew Ritchie; Chapter 11: Einstein and Music by Leon Botstein; Chapter 12: Seeing the Unseen by E. L. Doctorow ---PART 3: Science and World -Chapter 13: The Assassin of Relativity by Peter L. Galison; Chapter 14: Space, Time, and Geometry: Einstein and Logical Empiricism by Michael L. Friedman; Chapter 15: Einstein as a Student by Dudley Herschbach; Chapter 16: Learning from Einstein: Innovation in Science by Jrgen Renn; Chapter 17: Einstein and h: Advances in Quantum Mechanics by Jrg Frhlich; Chapter 18: Einstein's Unknown Contribution to Quantum Theory by A. Douglas Stone; Chapter 19: Einstein and the Quest for a Unified Theory by David Gross; Chapter 20: Energy in Einstein's Universe by Lisa Randall ---, any image directly beside this listing is the actual book and not a generic photo ///NOT SIGNED ---GUARANTEED to be AVAILABLE///