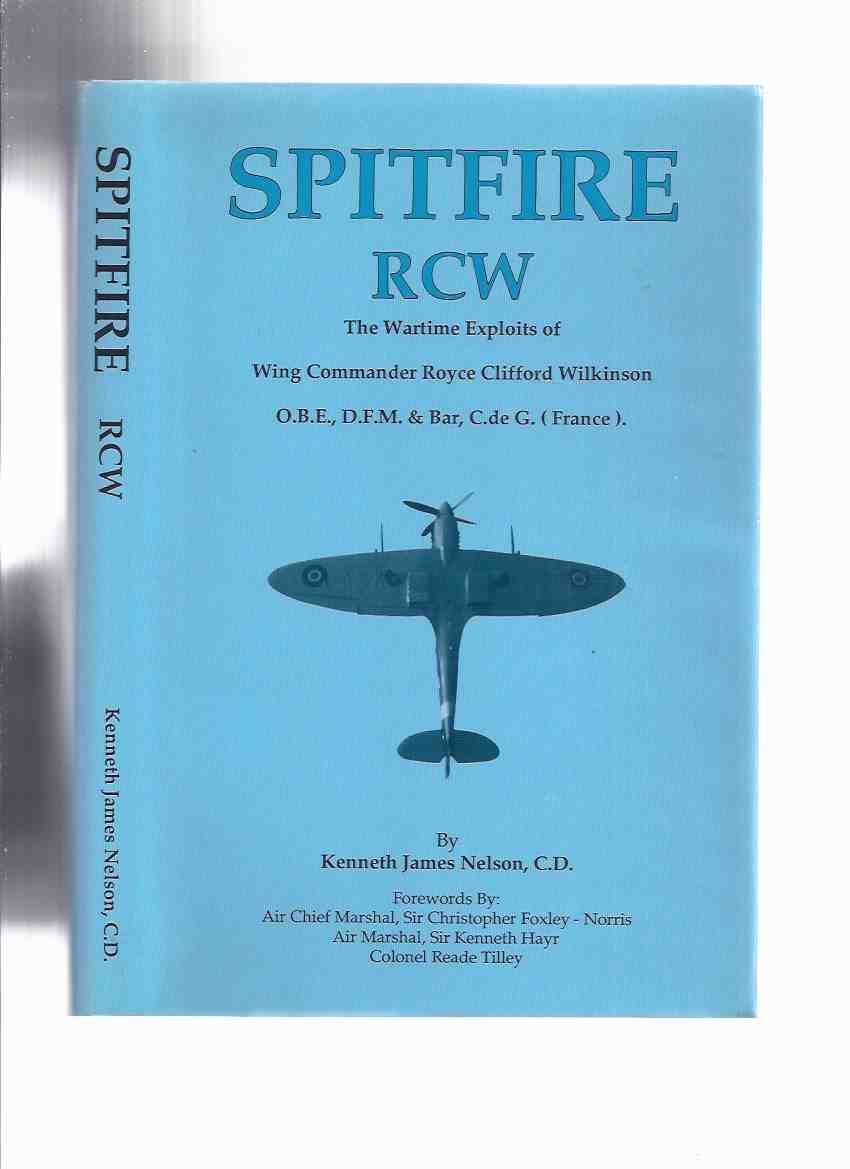 ---------hardcover, a Near Fine copy in a Near Fine dustjacket, looks close to new, signed and inscribed by Nelson, 156 pages, b&w photos, contents are: Foreword by Air Chief Marshal Sir Christopher Foxley-Norris; Foreword by Air Marshal Sir Kenneth Hayr; Flying Officer Colonel Reade Tilley; Introduction; Chronology; Prelude; The Battle for France - No. 3 (F) Squadron; The Battle of Britain - No. 3(F) Squadron; The Forming of the Eagle Squadrons No's. 71 and 121; No. 174 Mauritius Squadron - The First Hurricane Fighter/Bomber Squadron; The Escape; No. 1 (F) Squadron; C.O. Gravesend and Forming 149 Airfield 2nd TAF; No. 1 Fighter Wing - Darwin and the Longest Spitfire Raid of the War; Prisoner of War Repatriation; Selected Bibliography, ---from the front flap ---"(this) deals with only six years in Royce Clifford Wilkinson's life but by time and chance Wilkie was to be involved in some of the greatest events i n the twentieth century. He flew in the great air battles over France and Britain with No 1's and 3 ( F ) Squadrons, and was credited with destroying 9 2/3 enemy aircraft in one week. He helped form two American ' Eagle ' Squadrons No.'s 71 and 1 2 1 a d formed the first Hurricane fighter / bomber Squadron No.174.When shot down in 1942 he baled out at about 150 feet and made his escape through France and Spain to Gibraltar, going almost everywhere by train and car in broad daylight, and in his own words ---'I had a lovely time'. He formed one of the Mobile Airfields of 2nd. TAF for the invasion of Europe in 1944 and in the Pacific he led the longest Spitfire raid of the war, a four hour fifty minute flight from Darwin, Australia to Timor Island and back, without loss. He always led from the front and was highly decorated being awarded the O.B.E., D.F.M. and Bar, Croix de Guerre "---, any image directly beside this listing is the actual book and not a generic photo