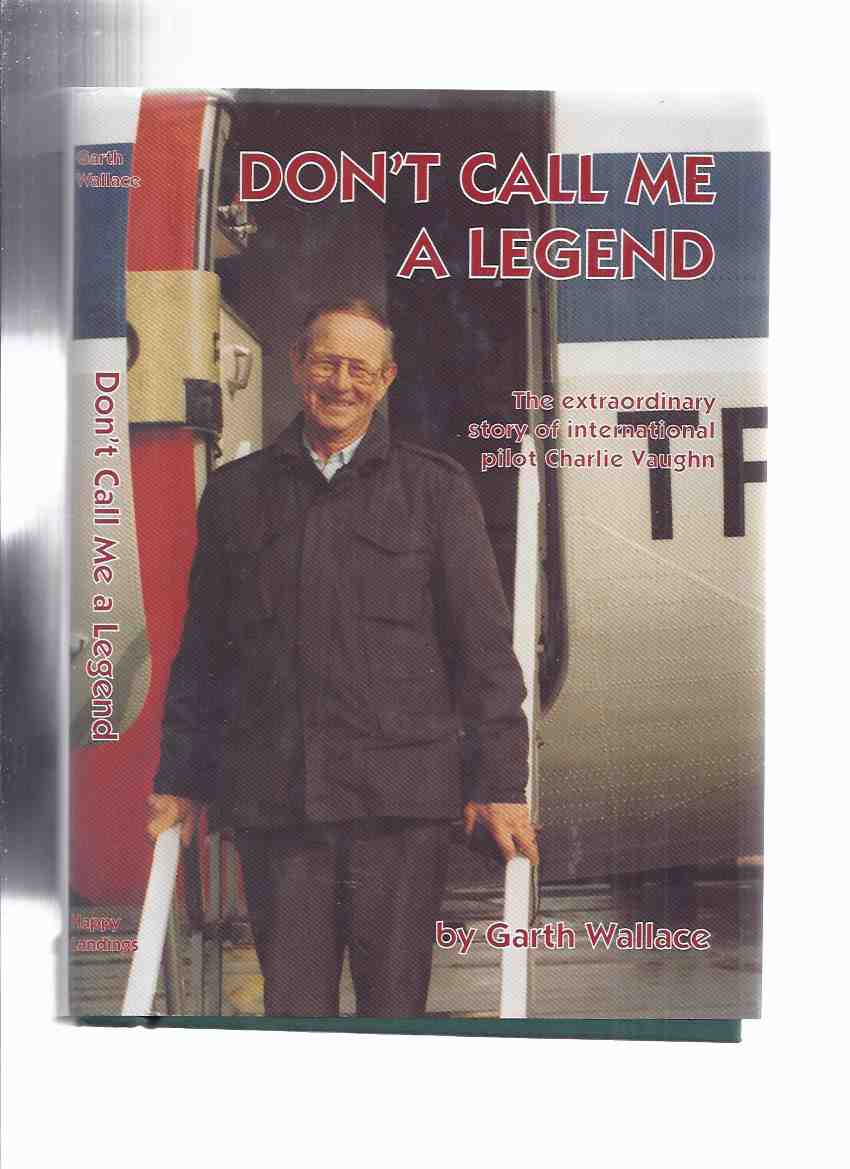 Don't Call Me a Legend: The Extraordinary Story of International Pilot Charlie Vaughn ---by Garth Wallace -a signed copy

----------hardcover, a Near Fine copy in a Near Fine dustjacket, signed by Wallace and Vaughn (without inscription), 234 pages, b&w photos, ---"Charlie Vaughn is a modern aviation legend. His remarkable career is a one-man history of how blue collar flying has evolved in Canada over the last 50 years. Charlie has worked as a pilot in flying training, float flying, agriculture aviation, charter flying, sightseeing, frost flying, air racing, cargo flying, aircraft ferrying, courier flying, test flying and corporate aviation. As an international delivery pilot, Charlie has touched down in most countries of the world. He has made 68 crossings of the Atlantic Ocean in small and medium-sized aircraft. He has flown completely around the world nine times. Along the way, Charlie battled bad weather, mechanical failures, bureaucratic red tape, heat, cold and exhaustion. Charlie has delivered a Cessna Skymaster to Botswana, a de Havilland Twin Otter across the Pacific and a Hawker Siddeley through Russia. He is probably the only pilot who has been pulled over by a police cruiser while low flying along Sherbrooke Street in downtown Montreal in bad weather. In 1996, Charlie Vaughn celebrated his 70th birthday and his 50th anniversary in aviation. "Don't Call Me a Legend" is his story. It is the inspiring account of how this Niagara area farm boy spent five years obtaining a Commercial Pilot Licence and went on to become a world renowned pilot. "Don't Call Me a Legend" is a legacy of modern aviation stories that are unique to anything that has ever been told."---, any image directly beside this listing is the actual book and not a generic photo

Title: Don't Call Me a Legend: The Extraordinary Story of International Pilot Charlie Vaughn ---by Garth Wallace -a signed copy

Don't Call Me a Legend: The Extraordinary Story of International Pilot Charlie Vaughn ---by Garth Wallace -a signed copy