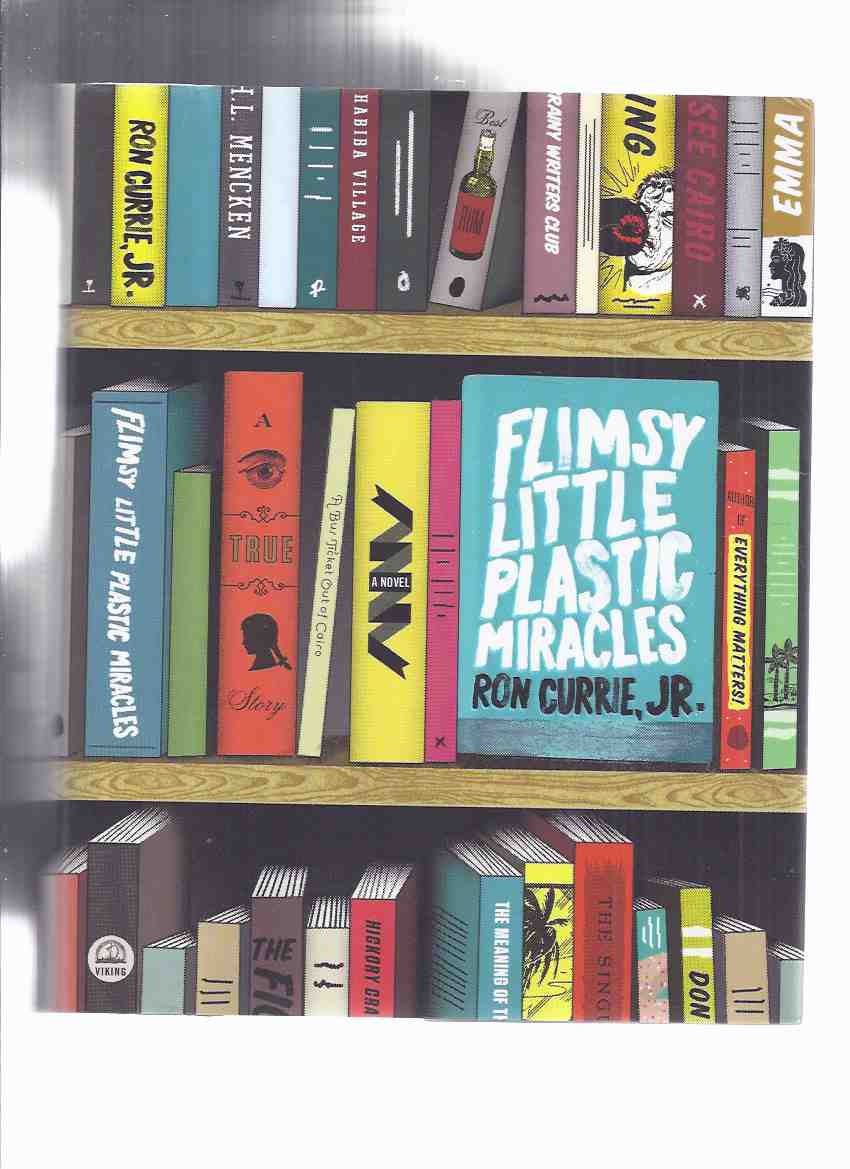 -----------hardcover, a Near Fine copy, in a Near Fine dustjacket, front flap has a faint crease, signed without inscription by Ron Currie Jr.,---"Ron Currie, Jr.’s first two works of fiction, God Is Dead and Everything Matters!, dazzled readers and critics alike with their audacity, originality, and psychological insight. Hailed by the New York Times’s Janet Maslin as a "startlingly talented writer", Currie once again moves and provokes us with his latest genre-bending novel, one that asks why literal veracity means more to us than deeper truths. --The protagonist of Flimsy Little Plastic Miracles is named Ron Currie, Jr., and as you’d expect, he’s a lot like the guy who wrote the book. Both of them are writers; both of their fathers are dead; both are deeply in love with women whose beauty and allure are matched only by their elusiveness. When Currie the character travels to a small Caribbean island to begin a new book about the woman he loves, he inadvertently fakes his own death, which turns out to be the best career move he’s ever made–until he learns that the one thing that the world will not forgive is having been told a deeply satisfying lie"---, any image directly beside this listing is the actual book and not a generic photo