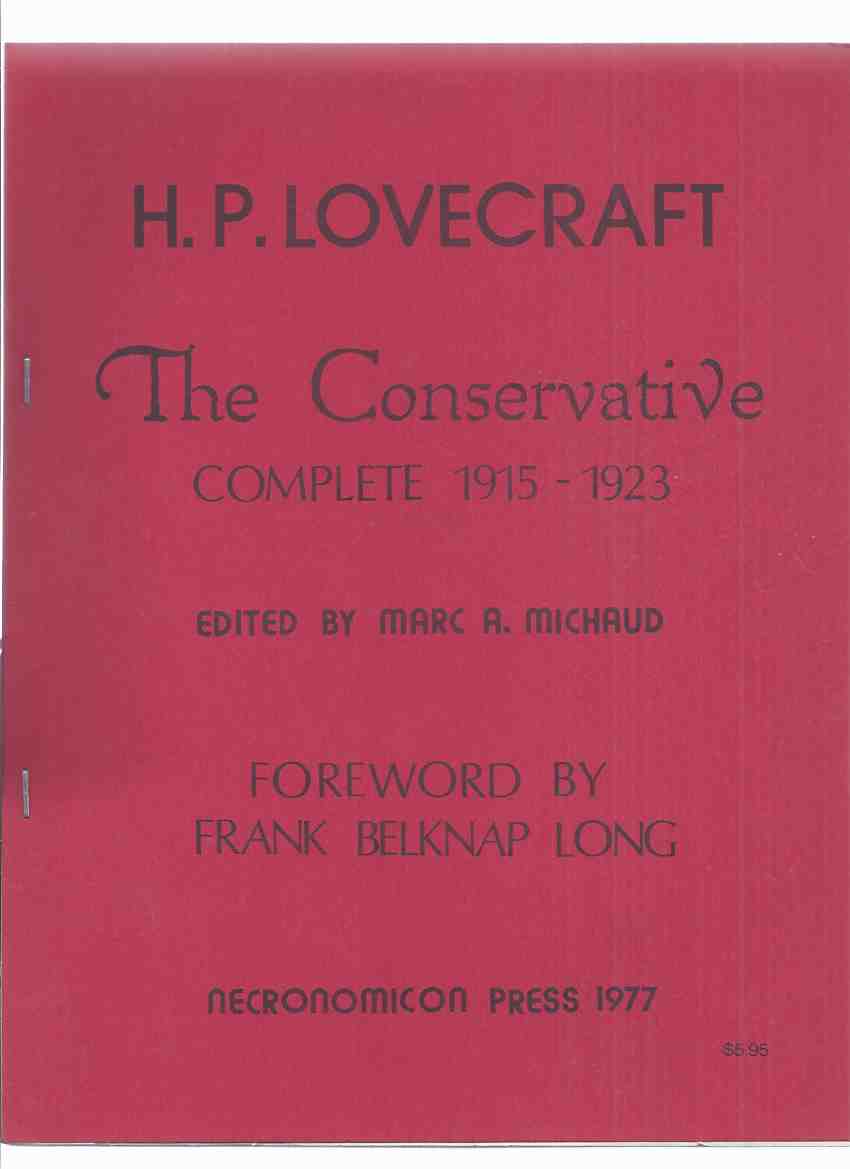 ----------softcover, about 8.5 x 11 inches, a Near Fine copy, # 273 of 2500 (!!) copies signed by Michaud, an oddity (as per Joshi ) as this mentions the 1976 edition of 50 copies and states that 2500 copies of this "printing" were published ( in the 1970's Necro Press wasn't producing anything in those numbers), however as Joshi states this uses the 1976 title page but has a revised copyright page and a slightly different red for the covers, the likelihood is that this 2nd is the earlier edition with those few changes, that earlier edition was supposedly 400 copies although this issue states that there were 50 copies so it is likely that there were never more than 400 copies in total and a goodly number of those may have never been bound, nonetheless a scarce item, any image directly beside this listing is the actual book and not a generic photo ///SIGNED///