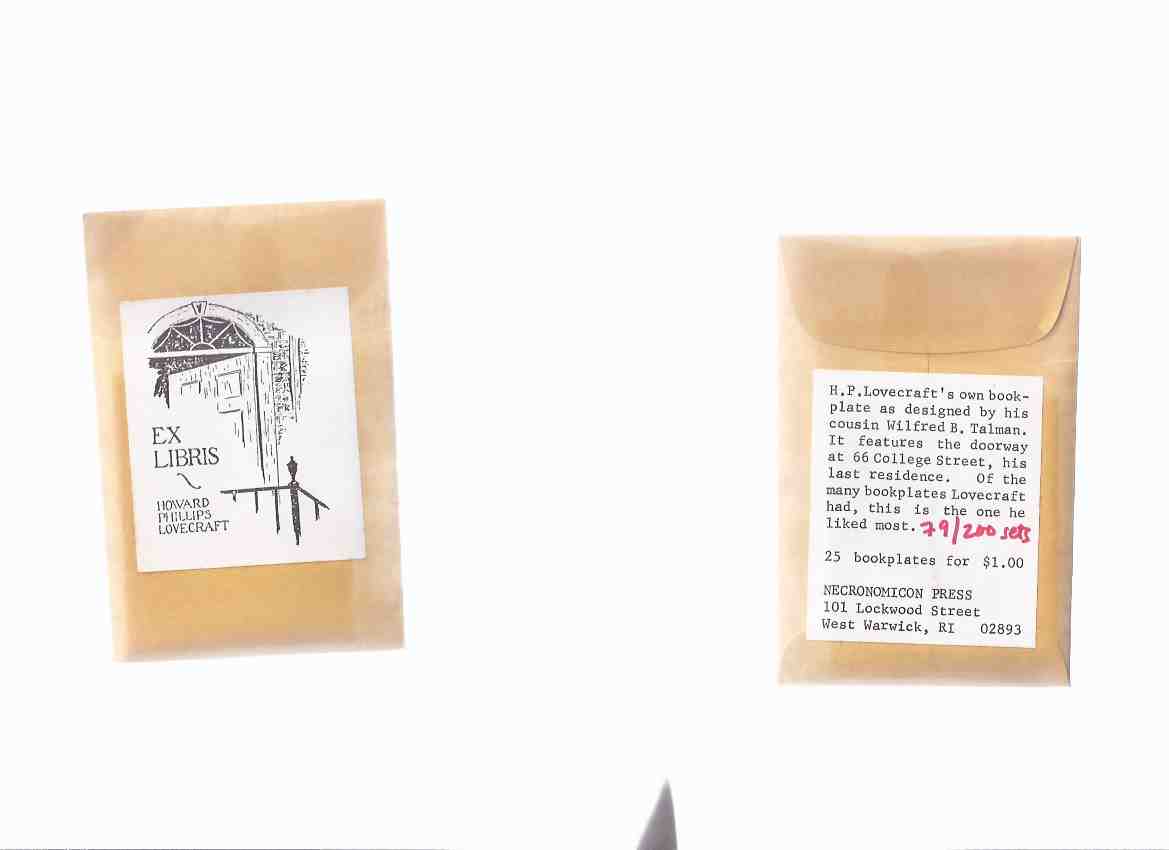 ----------ephemera, 25 facsimile bookplates designed by Wilfred B Talman for H P Lovecraft, all are about Near Fine, bookplates are about 2.25 x 2.75 inches, these are in a small brown envelope (about 3 x 4.5 inches ), Necronomicon Press label on rear of envelope, envelope was sealed but has been carefully opened along the very upper edge, all 25 bookplates are present but almost 40 years of varying degrees of humidity resulted in the plates adhering together ( from the glue backing ), I have managed to loosen all 25 plates but there are some very small paper pulls and losses to the the edges of some of the bookplates, bookplates are also slightly curled from being loosened (all really quite vexing but at least they were rescua-able), # 79 of 200 sets, really quite scarce, any image directly beside this listing is the actual book and not a generic photo ///NOT SIGNED///