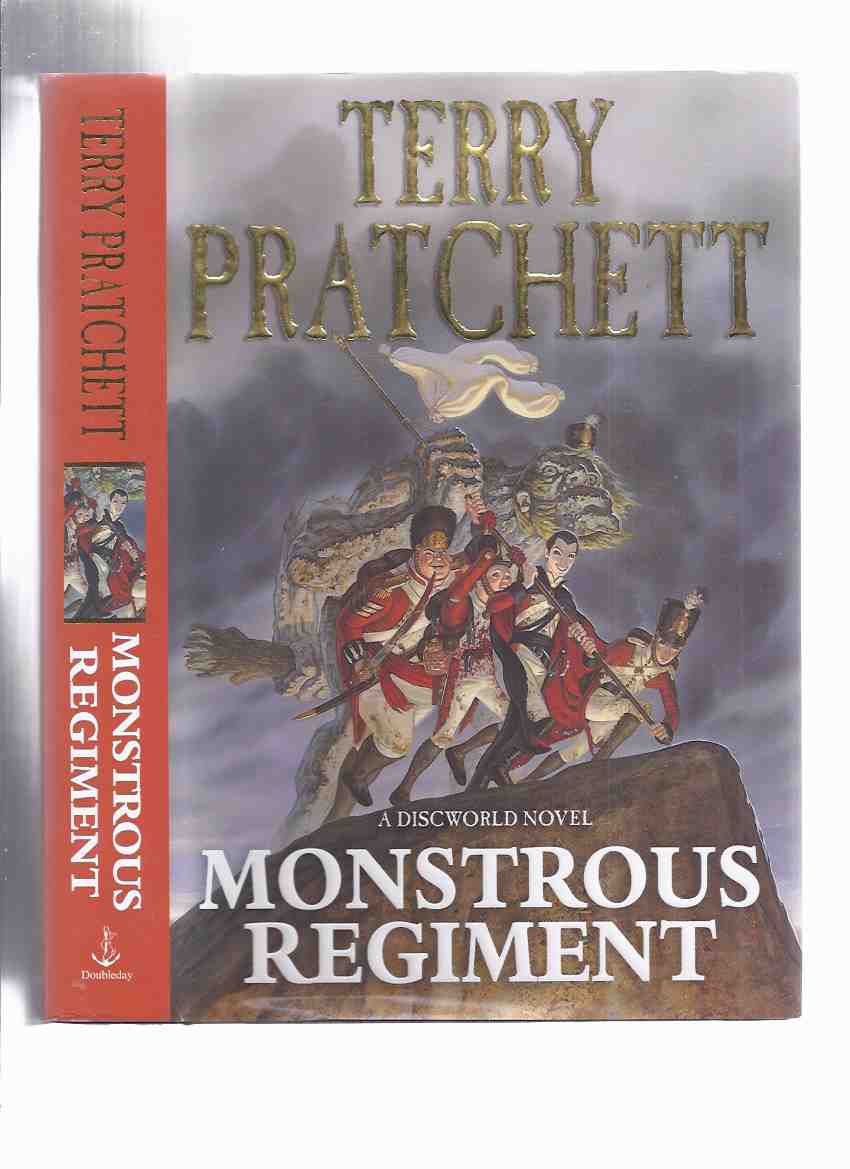 ----------hard cover, a Near Fine copy in a Near Fine dustjacket, likely an unread copy, a wee bit of age toning to paper, ---"War has come to Discworld --- again. ---And, to no one's great surprise, the conflict centers around the small, arrogantly fundamentalist duchy of Borogravia, which has long prided itself on its unrelenting aggressiveness. A year ago, Polly Perks's brother marched off to battle, and Polly's willing to resort to drastic measures to find him. So she cuts off her hair, dons masculine garb, and -- aided by a well-placed pair of socks -- sets out to join this man's army. Since a nation in such dire need of cannon fodder can't afford to be too picky, Polly is eagerly welcomed into the fighting fold—along with a vampire, a troll, an Igor, a religious fanatic, and two uncommonly close "friends." It would appear that Polly "Ozzer" Perks isn't the only grunt with a secret. But duty calls, the battlefield beckons. And now is the time for all good - er - "men" to come to the aid of their country."---, any image directly beside this listing is the actual book and not a generic photo ///NOT SIGNED ---GUARANTEED tobe AVAILABLE///