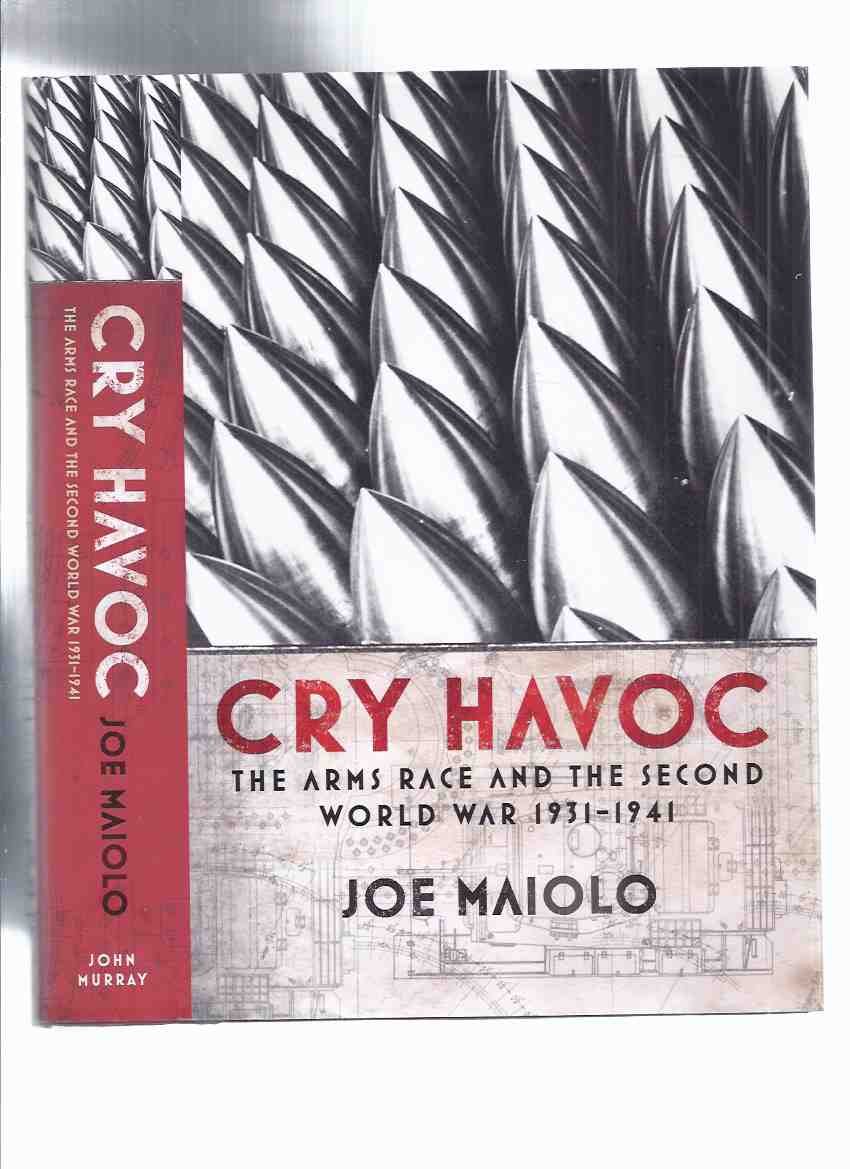 ---------hardcover, a Near Fine copy, in a Near Fine dustjacket, looks new, signed and inscribed by the author "D_____ & D_____, Best wishes, Joe Maiolo 14 May 2010", 460 pages, b&w photos, ---"Did the arms race of the 1930s cause the Second World War? In Cry Havoc, historian Joseph Maiolo shows, in rich and fascinating detail, how the deadly game of the arms race was played out in the decade prior to the outbreak of the Second World War. In this exhaustively researched account, he explores how nations reacted to the moves of their rivals, revealing the thinking of those making the key decisions—Hitler, Mussolini, Chamberlain, Stalin, Roosevelt—and the dilemmas of democratic leaders who seemed to be faced with a choice between defending their nations and preserving their democratic way of life. An unparalleled account of an era of extreme political tension, Cry Havoc shows how the interwar arms race shaped the outcome of World War II before the shooting even began."---, any image directly beside this listing is the actual book and not a generic photo