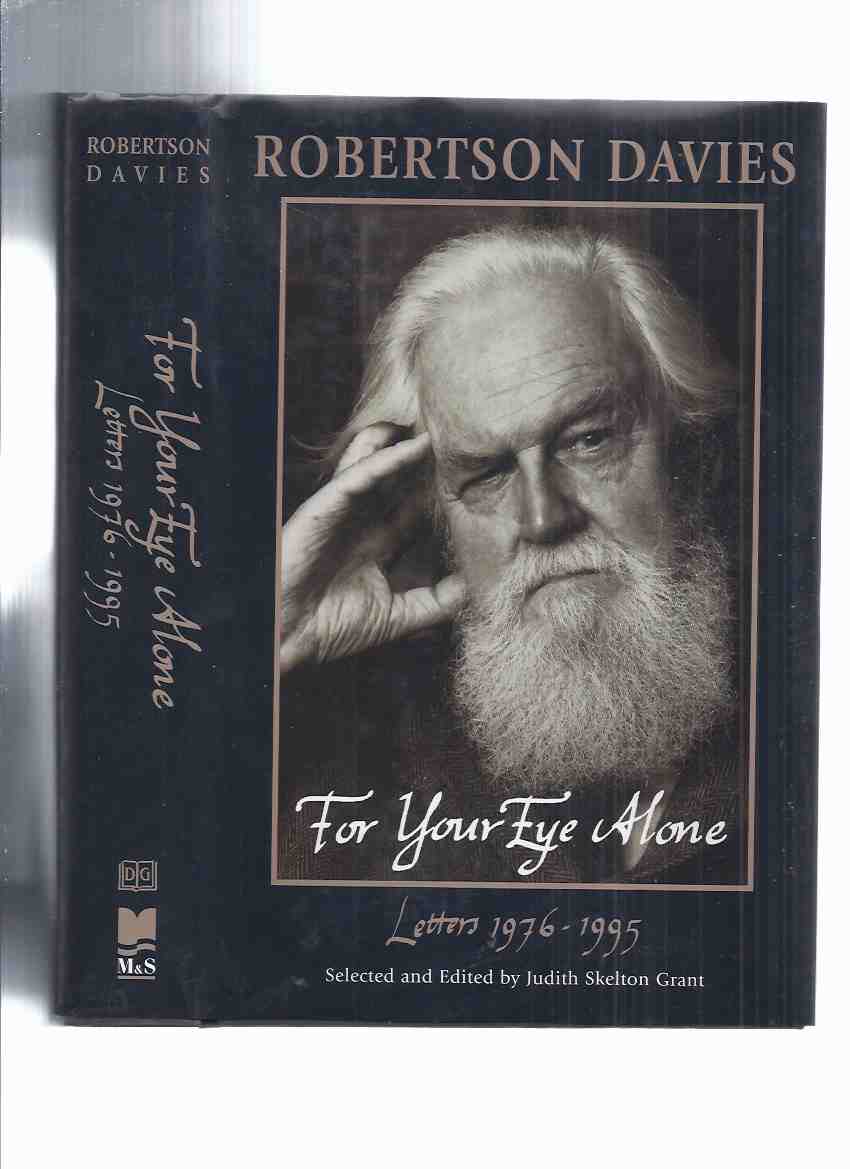 ----------hardcover, a Near Fine copy in a Near Fine dustjacket, signed and inscribed by J S-G, 402 pages, looks new, ---"Robertson Davies brought a great sense of style to everything he wrote. Whether it was a letter to his daughter ("Love from us both, Daddy") or a formal letter to the editor disembowelling a hostile reviewer that concludes humbly ("I am content to remain, Yours, writhing in deserved ignominy---"), he wrote with care, with zest, and in a clearly distinctive voice. Since these letters written by Davies have been selected from the years when he was at the height of his fame, the recipients range widely, from Sir John Gielgud to Margaret Atwood, and from Greg Gatenby ("You are a merciless man and God will punish you in the next world") to his publishers abroad. Naturally, like all the best letters, they contain fascinating gossip: "and Salvador Dali, at the next table, raised his eyebrows and popped his eyes to such a degree that I feared they might leave their moorings and bounce about the floor." --The title of the book comes from a confidential letter to Jack McClelland and hints at the secrets to be learned from these letters. This "over the shoulder" look at his private correspondence shows us Davies in a variety of roles: as an old friend consoling Horace Davenport on the loss of his son; as a university administrator bewailing the miseries of fundraising; as a keen theatre-goer writing a letter of congratulations to an actor after a fine performance; as a professional writer advocating fair rates for authors to a cabinet minister; as a husband constructing a handwritten circular card to convey loving birthday greetings to his wife; as a bearer of health-giving good cheer to an ailing friend; and as a novelist struggling with his new books, and admitting to his doubts about them. --The letters are frequently testy, tart, and not always politically correct. --- Among those who felt his sting are Judith Skelton Grant, his biographer, and Douglas Gibson, his publisher, but other, more deserving, targets are suitably chastised. And whether they are funny, moving, or thought-provoking, these private letters provide a new look at the private Davies, revealed in his own vigorous words "---, any image directly beside this listing is the actual book and not a generic photo