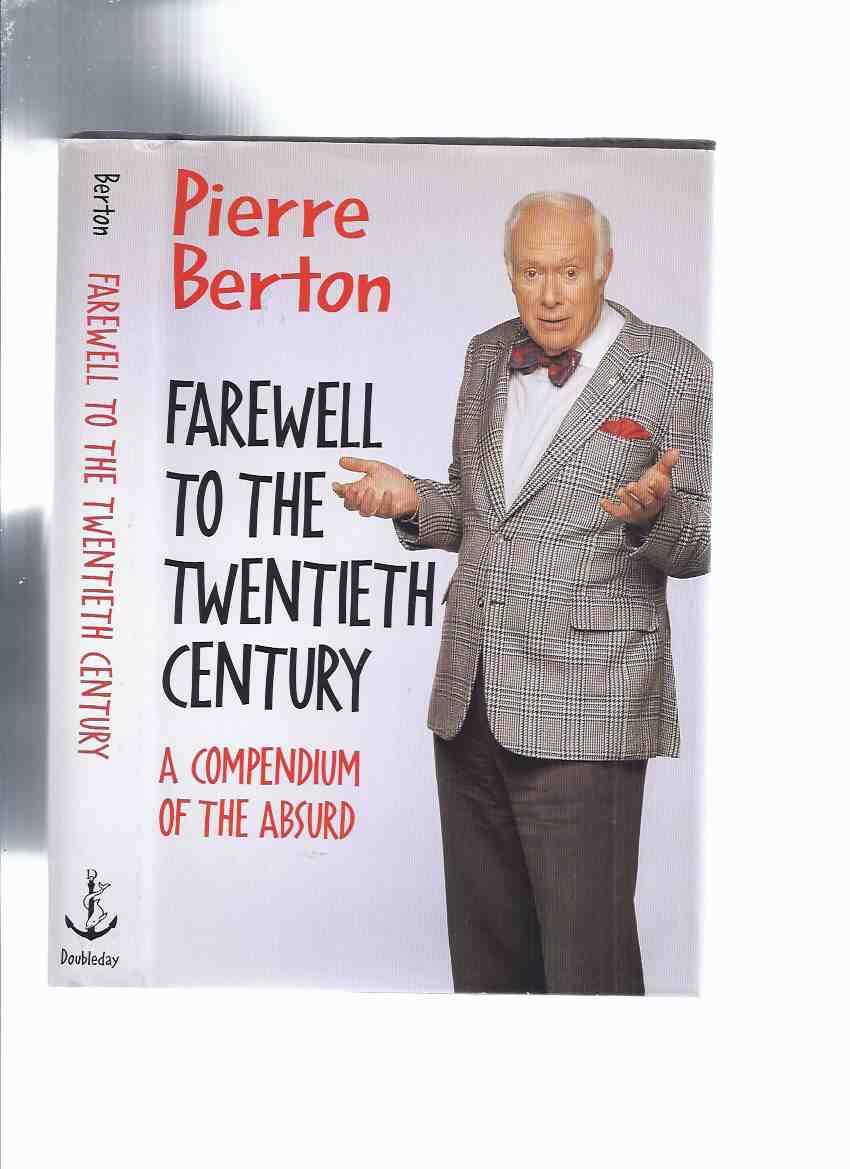 Farewell to the Twentieth Century: A Compendium of the Absurd ---by Pierre Berton -a Signed Copy ( 20th C. )

----------hardcover, a Near Fine copy in a Near Fine dustjacket, signed without inscription by Berton, 236 pages, ---"In this "compendium of the absurd," Pierre Berton looks back on some of the fads, follies, and fancies of his century--a period his grandchildren are already calling the Olden Days. In close to fifty essays, fables, and pseudo-documents, Berton covers a variety of twentieth-century customs, from modern funeral practices to Hollywood's immutable rules for movie car chases. He covers everything from TV talk shows that feature nutty female clairvoyants to James Bond's appalling lack of political correctness. He looks into the future and faces up to the problem supersonic airliners will soon have trying to show full-length movies on shorter flights. (His solution: show the opeinging scenes in the airport limousine.) --And he has not neglected what he considers the most absurd phenomenon of the twentieth century--the Cold War. This is not a tome to be pored over in the study. It belongs on the bedside table or perhaps in the bathroom. It is ideal fodder for the beach or poolside and an essential alternative for those who find their view of the movie blocked by the flight attendants trying to serve them fish or chicken."---, any image directly beside this listing is the actual book and not a generic photo

Title: Farewell to the Twentieth Century: A Compendium of the Absurd ---by Pierre Berton -a Signed Copy ( 20th C. )

Farewell to the Twentieth Century: A Compendium of the Absurd ---by Pierre Berton -a Signed Copy ( 20th C. )