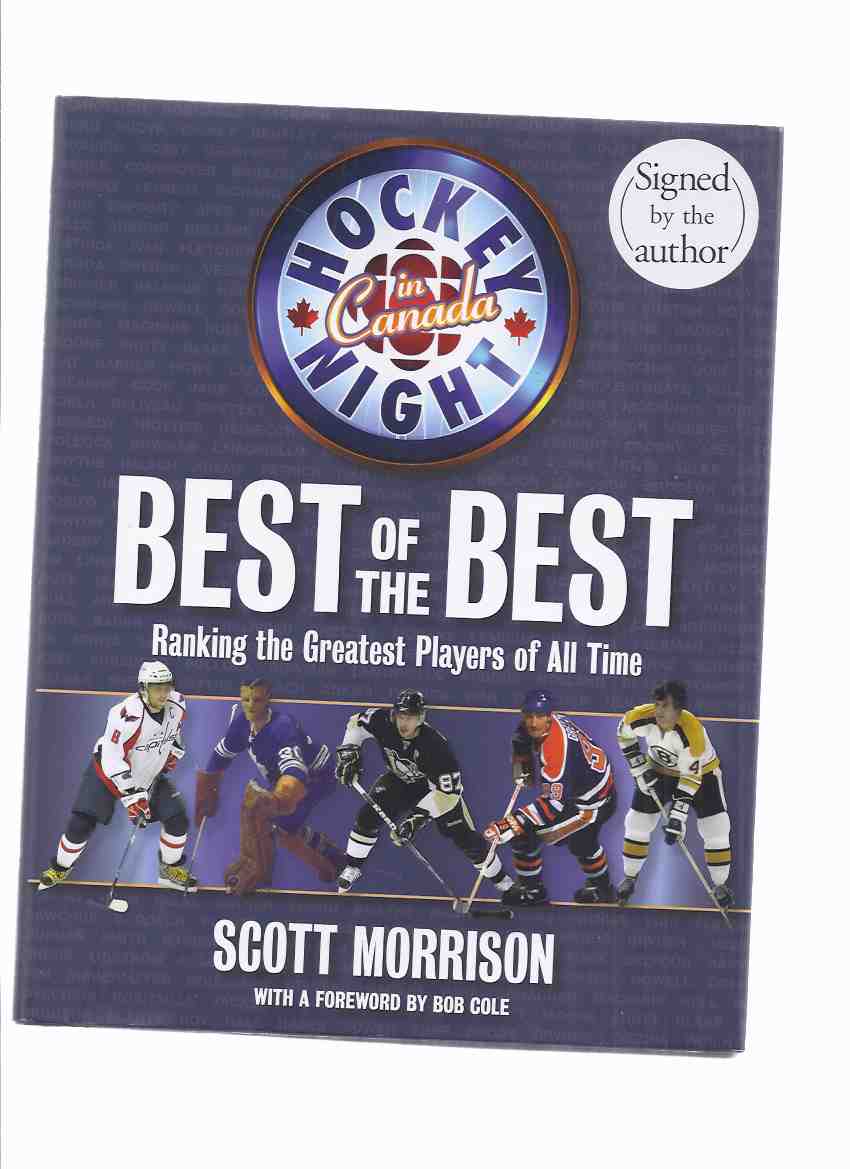 Best of the Best: Ranking the Greatest Players of All Time - Hockey Night in Canada -by Scott Morrison -a Signed Copy ( NHL / N.H.L. / National Hockey League )

----------hardcover, a Near Fine copy in a Near Fine dustjacket, signed by Scott Morrison, 216 pages, colour photos throughout, some b&w photos, ---"A few years ago, Scott Morrison and a panel of experts from CBC’s Hockey Night in Canada started a debate about the best players to wear each number, from 00 to 99. The result was fascinating and informative and often contentious! --Now, Morrison and the panel are back with a new debate sure to spark heated arguments in sports bars, dressing rooms, arenas, and even over kitchen tables: Who were the top 10 NHL players all-time at each position? Who were the top 10 coaches and general managers? Which were the greatest NHL teams ever? And who was the best of the best? In Hockey Night in Canada’s Best of the Best, Morrison offers an in-depth look at the best of the best, for both the pre- and post-expansion eras, in every category?players by position, coaches, general managers and teams. Morrison also treats his readers to interesting details about what made these men the best of the best, while Hockey Night in Canada‘s experts offer their own insights. Featuring statistics, little-known facts, interesting anecdotes, and spectacular full-colour photography, this book is sure to be a favourite with hockey fans of all ages."---, any image directly beside this listing is the actual book and not a generic photo /// SIGNED ---GUARANTEED to be AVAILABLE///

Best of the Best: Ranking the Greatest Players of All Time - Hockey Night in Canada -by Scott Morrison -a Signed Copy ( NHL / N.H.L. / National Hockey League )